Sunday’s Guinness Six Nations showdown between Ireland and Scotland could see a collision between Racing 92 stars of the past and present.

In the Irish corner, there is captain Jonathan Sexton who lined out for Racing on 40 occasions between 2013 and 2015 – contributing 350 points in that period.

For the Scots, there is Finn Russell, a current star for the Paris outfit who was drafted in as a replacement for All Blacks legend Dan Carter in the summer of 2018.

Additionally, both players featured on the British & Irish Lions squad that toured New Zealand in 2017. More than most, Sexton is aware of what his fellow out-half can bring to the table.

“Finn’s obviously a big threat,” Sexton said of Russell, speaking a remote press conference today. “Knowing that he’s got a full box of tricks that he tries to pull out most games. He’s obviously a threat to the line.

“He’s got a good short kicking game. He can pull the strings if we let him. He’s hurt us in the past before. We haven’t played against him the last couple of times we’ve played Scotland. Again, we’ve had to go back and look at some old footage.

“He’s been in good form for his club and he’s a massive threat. Like they have across their team, but obviously when you’ve got him and (Stuart) Hogg, they’re probably the standout guys. We have to be on our game this week to stop them.”

While it remains to be seen if the Lions will get to face world champions South Africa later this year, a number of players within the Ireland and Scotland camps will be eager to put their hands up for selection in the event that the 2021 series does get the green light.

Even if the primary focus is on garnering a positive result, Sexton admits the Lions factor does add an extra bit of spice to Sunday’s clash.

It’s not at the forefront of our thoughts, because even if it wasn’t a Lions year, we’d still be going out to win the game of course and to put our best foot forward.

“It will help the Irish cause if we can pick up a couple of wins. It will help get more numbers on the plane and that’s ultimately what we want, isn’t it? We want to get as many Irish people on that trip as possible. It’s definitely in the back of our minds somewhere.”

Sexton was speaking publicly for the first time since signing an extension to his IRFU contract, which will now run until the summer of 2022. There is the prospect of him renewing this deal before it runs out, but that is a bridge the 35-year-old will cross at a later date.

“Obviously it was delayed with all the Covid things, like everyone’s was,” admitted the Ireland skipper. “It was agreed pretty quickly. When you get to the age I’m at, most guys in their mid-30s, it’s one year.

“See how you feel this time next year and how you’re performing. How the body is holding up, how the mind is holding up. That’s really it.

“I always knew it was going to be a one year-at-a-time job when I got to this stage. Delighted to continue the journey for another year and still very hungry to try and achieve success with Leinster and with Ireland.

“Once my team-mates know that and they see it every day on the training pitch, that’s all that matters to me. I’m very driven to try and finish this campaign on a high and then go back to Leinster, try and have a successful end to the season.

“Think about next year when summertime rolls around and you have a bit of time to reflect, and see where you are. I’m very short-term focused at the moment.” 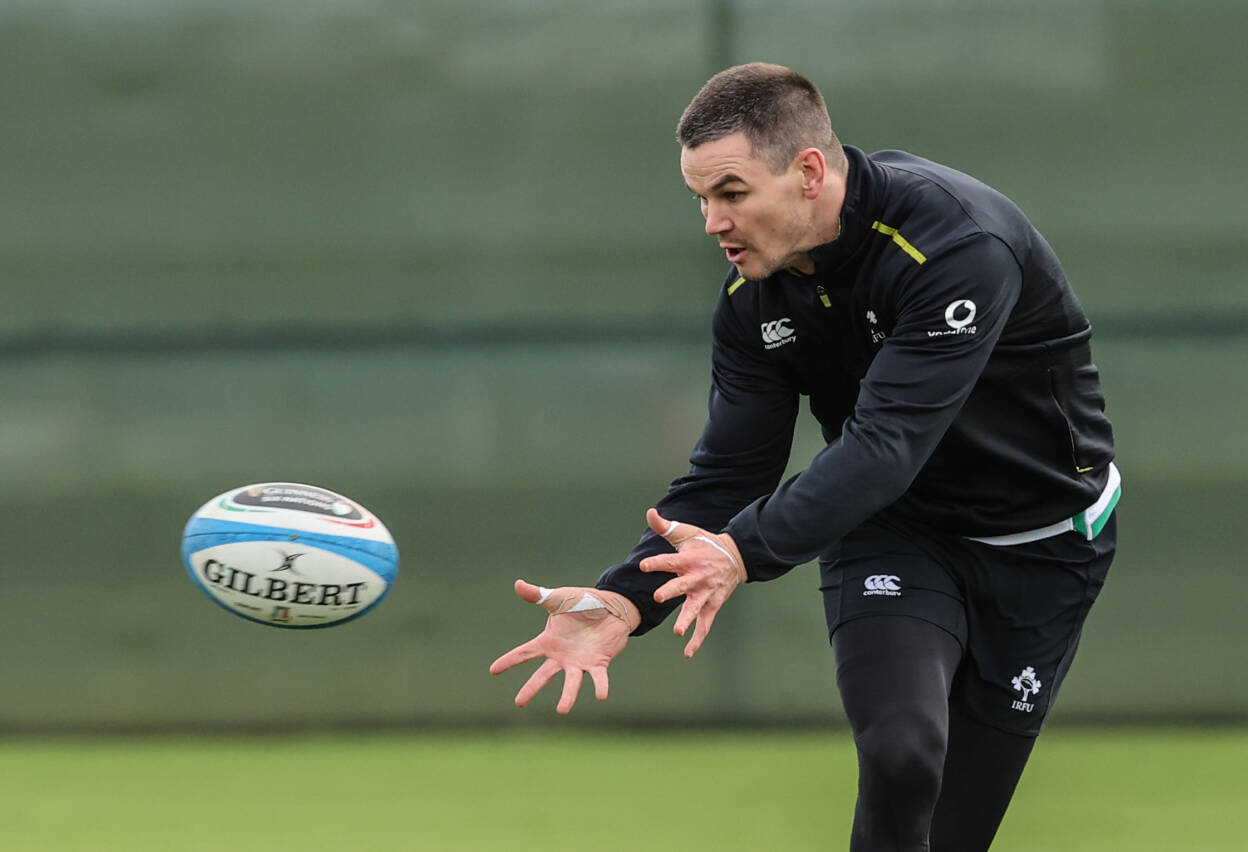 Sitting in the same chair for his media duties yesterday, Ireland forwards coach Paul O’Connell hailed the present Scotland team as the best he has seen in his professional career – either as a player or a coach.

This is an assessment that chimes with Sexton’s own reading of Gregor Townsend’s charges, with the Leinster star adding:

The way they’ve started the campaign, obviously winning away to England…very impressive in the conditions. They managed the game very well.

“It’s not an easy place to go, Twickenham, and dominate field position. They had real good patches in that game and arguably they could have won by more. Very unlucky against Wales, I think.

“To go down to 14 and then to fight back the way they did. In their camp they probably think they gave away soft tries. They breakaway at the end and only for a tap tackle, they’d be going for a Triple Crown against us.

“I think Paulie’s right. I think they’re a team full of confidence. They’ll fancy their chances against us. They’ll feel that maybe they should have beaten us the last two times they’ve played us.

“They’ve improved a lot since then as well. I’m sure they’ll be full of confidence. We have massive respect for them as a team. They’re a really well-coached side as well.”