Back in March 2015, Paul O’Connell led out Ireland at Murrayfield on what was his 51st and final appearance in the Six Nations.

His fourth-minute try was the springboard for a convincing 40-10 triumph over Scotland, and with England falling just short of claiming top spot later that day, O’Connell got his hands on the Championship trophy for a second season running.

Six years on, O’Connell will return to Edinburgh as Ireland forwards coach. The Limerick man has had good days and bad days against the Scots, but regards the current crop as the finest they have produced for quite some time.

“I think it’s the best Scottish team I’ve ever gone up against, as a coach or a player,” O’Connell said at the IRFU High Performance Centre today. “They’re very well coached, very physical and they’ve got some real X-factor players as well.

“Finn Russell, to name one, and Stuart Hogg just to name another. I think they’re in a very, very good place and we’re aware of the challenge.

“I think any team that’s coached by Gregor Townsend always attacks really well. Going back to his Glasgow days, they always have an incredibly physical edge.

“You think sometimes if a coach is into attack his teams won’t have a physical edge, but every single Glasgow team I played back in the day were excellent attacking sides and they were physical as well.

“It’s the same with this Scottish team now. So much of the good attack in the Autumn Nations (Cup) and the start of the Six Nations has come from Scotland, then they’re very, very physical as well.

“It was a fantastic performance by them against England in the first game. Excellent set piece performance, which laid a real, solid foundation for them to go on and win. It’s a massive test.”

In the short time that O’Connell has been part of Andy Farrell’s coaching ticket, he has overseen a rapid development in the side’s lineouts, particularly from a statistical point of view.

Although the Munster legend acknowledges there is still further scope for improvement, the application of the Irish pack is helping to put them on the right track.

“It has been good, the (lineout) calling has been good. The players are really impressive, the way they take ownership and they run the operations. You’re just trying to facilitate them and trying to help them see what you can see with the benefit of a video.

“You want them to be able to see it under pressure in a game and see it quickly, and call it quickly. Whether that’s defensively or in attack. The group are great, particularly the second rows.

“Everyone, Ultan Dillane, Ryan Baird since he’s come in is really diligent. James (Ryan) and Hendy (Iain Henderson) have been doing it a long time and they’re very good to be prepared, and Tadhg Beirne assisting them as well.

“It has been enjoyable working with them. They’ve a massive appetite for work. The second rows in the group, they tend to do an awful lot of video.

“They tend to prepare a lot, they tend to think about the other guys for whom lineout isn’t the be-all and end-all of their week. They try and simplify things for them. It has been great working with them.”

Before taking on his current role, O’Connell’s most recent coaching position was in the club game – at Stade Francais in the French Top 14.

There is a different dynamic in the Test arena and O’Connell is quickly coming to terms with how best to utilise the short periods he has to work with players.

“You’d love to have more time with the players, even in their working week,” admitted the Limerick native.

“It’s a constant discussion with Andy around how much time you’re going to get with the players, but that time restriction is probably what makes you keep things simple. It’s what makes you stick to what’s relevant rather than trying to cover off everything. 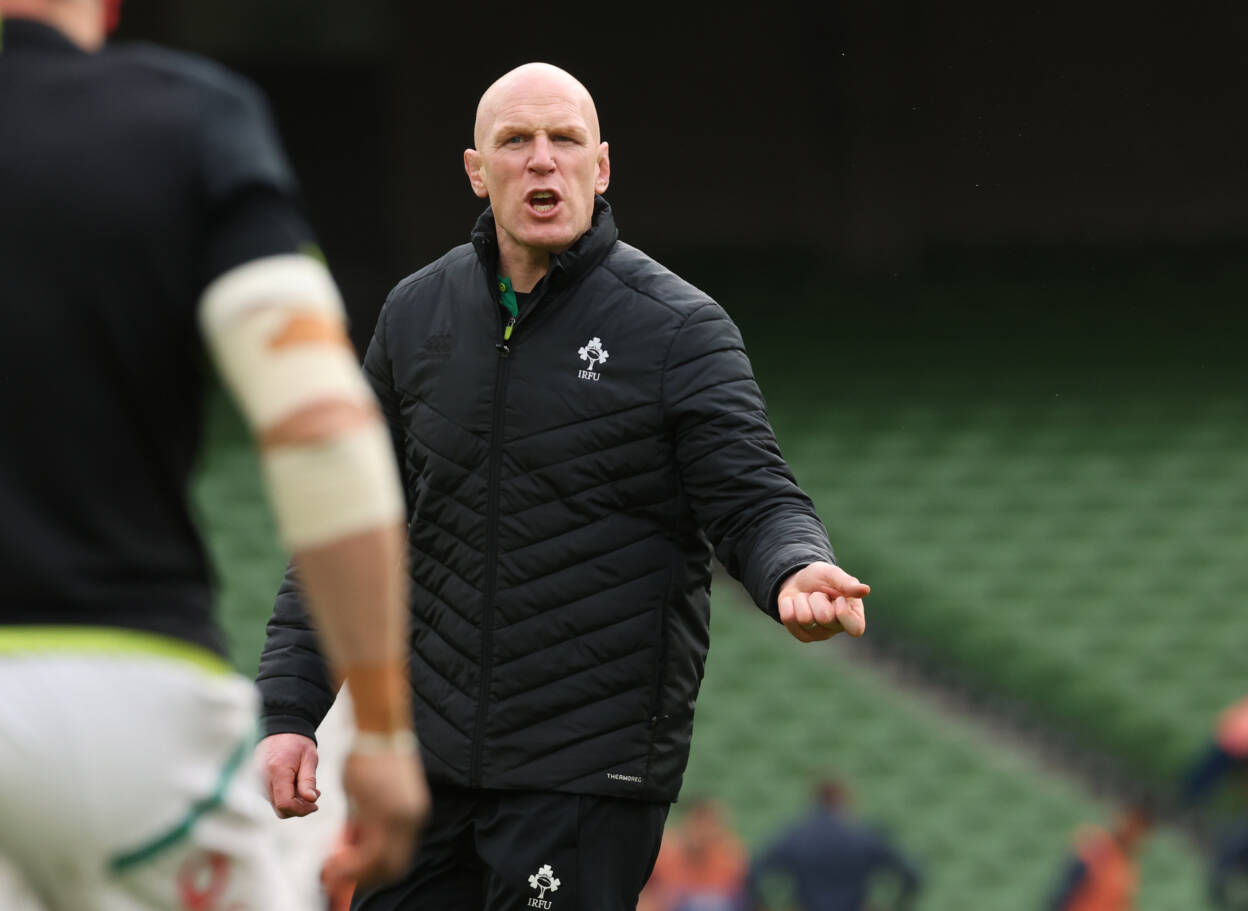 “Because you don’t know what a team are going to do from week-to-week either. You just have to be able to prepare for the unexpected.

“That’s probably the biggest challenge, I think. Just trying to get time with the players. Trying to prepare for the critical few moments in the game, rather than trying to cover everything.

“Sometimes you have to go into a game knowing you haven’t everything covered off and knowing that the players are clever enough to solve problems on the go. I must say, I find that really challenging. I think it’s a challenge for every young coach to want to cover everything.”

Alongside being based at the IRFU facility in the Sport Ireland Campus, O’Connell views the greater level of player input as the biggest change within the Irish camp since his time in the green jersey. He added:

It just gives you different opportunities to prepare in different ways. We have a gym that goes on to an indoor pitch. We’ve TVs pitchside, so we can do a lot of work, where we can walk through a lot of things.

“We can come out of the gym, we can go to an indoor surface and we can rep through or walk through some things. It saves a lot of the work that’s done on the field.

“It gives you a lot more opportunities for clarity. I’d say the biggest change in the five years since I’ve retired is the amount of player involvement and player coaching that goes on.

“Players are incredibly diligent around the work they do. They take real responsibility in delivering the game-plan to the wider playing group. Based on what your role is within the team.

“I’d say they’re the two big things. The HPC (High Performance Centre) has seen a massive change in how we’re able to go about our business and the players are very diligent then in almost coaching the side themselves as well. Those are two big changes.”