In the five years since he called time on his career in professional rugby, Ireland forwards coach Paul O’Connell has seen a lot of changes in the way second rows are playing the game.

Having suffered a serious hamstring injury against France at the 2015 Rugby World Cup, O’Connell announced his retirement in February 2016 – before he had the chance to line out for new club Toulon in the Top 14.

A new generation of locks have emerged from the Irish system in the meantime, all of them possessing attributes that make them ideal assets in the modern game.

O’Connell acknowledged: “For second rows, it’s almost becoming a back five now. You look at some of our second rows and the athleticism they have. Their ball carrying ability, their tackling ability.

“It’s pretty impressive to watch. It’s amazing how some of them can carry the workload of running a lineout, running a defensive line-out, maul defence, maul attack as well.

“Then (they) can switch into another job, once the lineout is over. I think they’re just becoming far more athletic than maybe they were back in my day.

“The place for a workhorse second row that hits rucks all day, I don’t know how long more there is in the game for him. Everyone now is expected to be able to carry.

“I think our second rows are really impressive at a lot of that stuff. You look at the latest guy to come in, Ryan Baird, that’s the way second rows are going. They’re just very, very good athletes.

“Very well educated players from the Academies. Any guy that has come through Noel McNamara in the Irish U-20s has generally got a very good knowledge of the game and are very diligent in how they go about their business.” 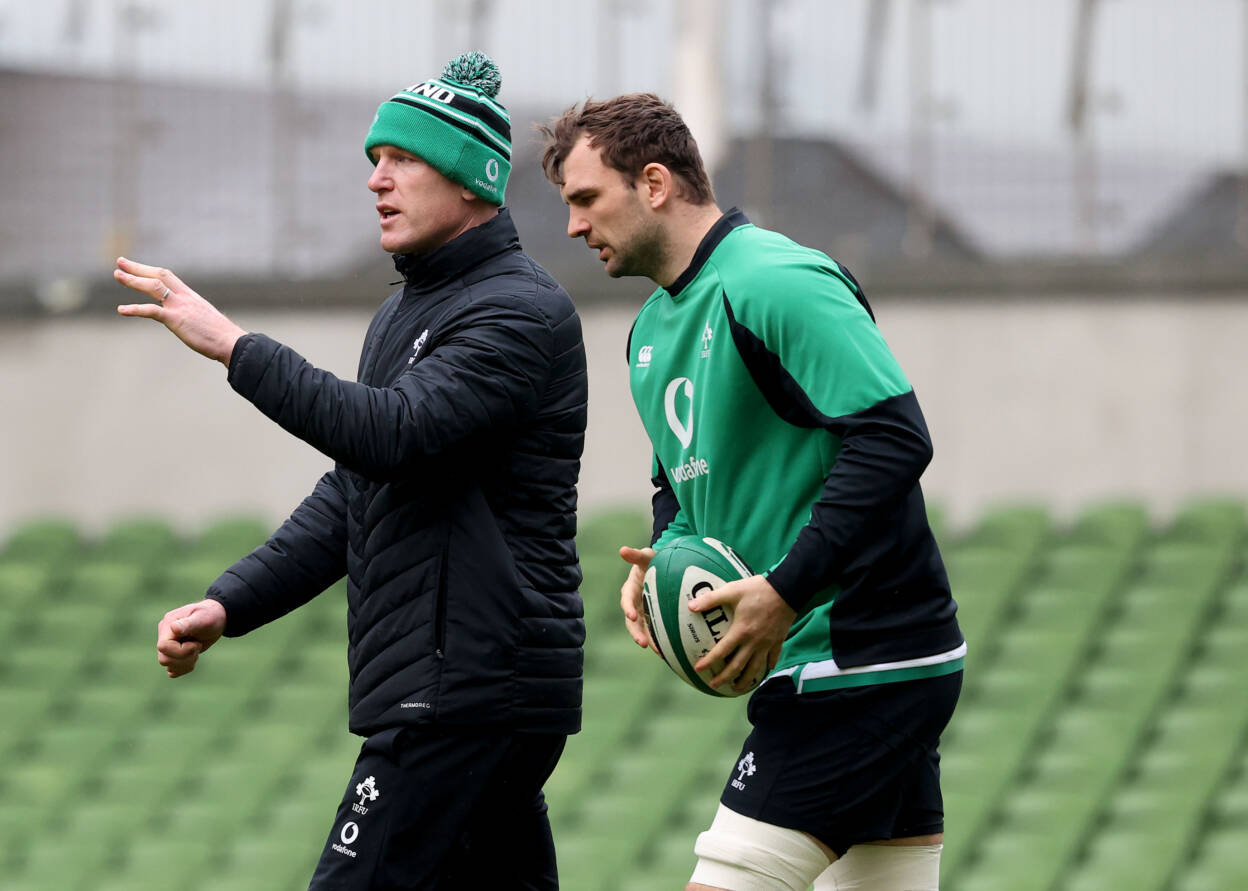 Another player who fits into this mould is Tadhg Beirne, who has been in excellent form for both Munster and Ireland. Although O’Connell never got to play with or against Beirne, their paths did cross at one point.

The versatile forward revealed recently that he acted as a stand-in for O’Connell on a Vodafone advertisement, something that the Limerick man can recall.

“I would have first really seen him in the Scarlets and I would have recognised him from when he was an extra in a TV ad I was in!,” quipped O’Connell. “I think he has been incredible since he’s come back from the Scarlets.

Tadhg was obviously brilliant over there. He developed a certain way of playing. He’s got great footwork, he’s an excellent ball carrier. He’s a very smart rugby player. He runs great lines.

“He may not run over people, but he runs great lines which allows him to get through gaps. Obviously his ruck pressure was incredible. In the Scarlets he seemed to spend the whole game searching for poaches, which they were very happy for him to do.

“He’s probably had to tweak that a little bit in that he has to stay in the defensive line a little bit more, but he’s great now at picking the right time and picking those opportunities to have a crack at the ruck.

“He’s one of the best I’ve ever seen at it. His maul defence as well is incredible. His ability to get through gaps and joints and collapsed mauls or get access to the ball is excellent.

“He’s been a brilliant signing for Munster and I’ve enjoyed watching him. I’ve enjoyed his development since he’s come to Munster, because they’ve obviously asked him to change.

“His instinct is to get in behind the defensive line and go for poaches. They’ve asked him to tweak that a little bit, while not losing what is a big strength of his.”

Having previously played under O’Connell at international level, Jonathan Sexton is now the main leader of the current Ireland side.

O’Connell’s last Irish appearance was just nine days shy of his 36th birthday, while Sexton will reach that age in July. The recent extension of his IRFU contract means the Dubliner is set to continue beyond that point and his former team-mate believes he still has a great deal to offer.

“I think he’s in a good place,” O’Connell said of the talismanic out-half. “He’s been unlucky with injuries in recent times and that’s the challenge as you get older, but the hunger is there. The hunger is massively there.

“I enjoy talking to him about training and preparation, and how he’s trying to figure out ways to look after his body. He’s incredibly diligent in that regard. 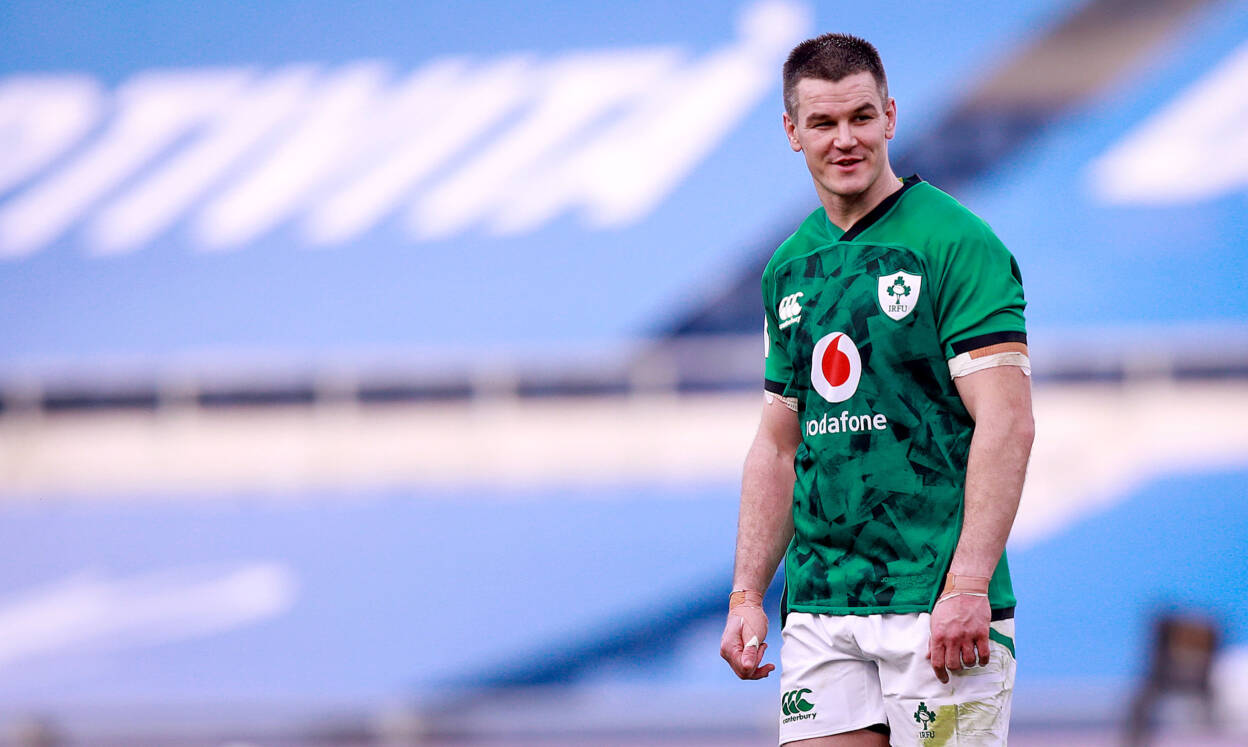 “I think that’s the biggest thing from my time playing with him and since I’ve been in here (as a coach), it’s the amount of responsibility he’s willing to take.

“Guys like Johnny, who obviously plays out-half and probably touches the ball the second most times after the nine. Guys that are willing to take responsibility for the performance of the team are invaluable.

“It’s a big lesson, I think, for other players to watch him in action. He does get cranky with them at times, but I think he’s great value for any team.

“The longer he can stay playing, the better the development for other out-halves and the better it is for Ireland and Leinster.”