Ireland head coach Andy Farrell is confident that the positive elements of his side’s play in the win over Italy will be evident again when they take on Scotland on Sunday week.

Ireland scored six tries on their way to a comfortable 48-10 triumph over the Italians in round three of the Guinness Six Nations. They will be aiming for a similar efficiency in attack when they meet the Scots.

While he does not believe their approach was quite as cavalier as some thought against the Azzurri, Farrell acknowledged they established a template that could serve them well in Edinburgh.

“I’ve read people say we played with ambition. If you look at the game, certainly in the first half with how we started, there’s nothing that ambitious about throwing the ball over the top, lineout wise,” he explained.

“That’s a direct punch-in play that’s nice and connected, and the backs finished a couple of those moves off very well. Again, the game doesn’t change. It’s about navigating your way through contact so that you can get a flow into your game.

“When you’ve got a flow into your game, you’ve got to stay connected and keep pushing, like we did. Hopefully we can be just as ambitious in Murrayfield as well, regarding that.”

In contrast to their defeats to Wales and France, it was noticeable that Ireland offloaded the ball to a much larger degree in Rome last week. This is an element of play that Farrell wants to maintain going forward, provided the circumstances are right within a given game. 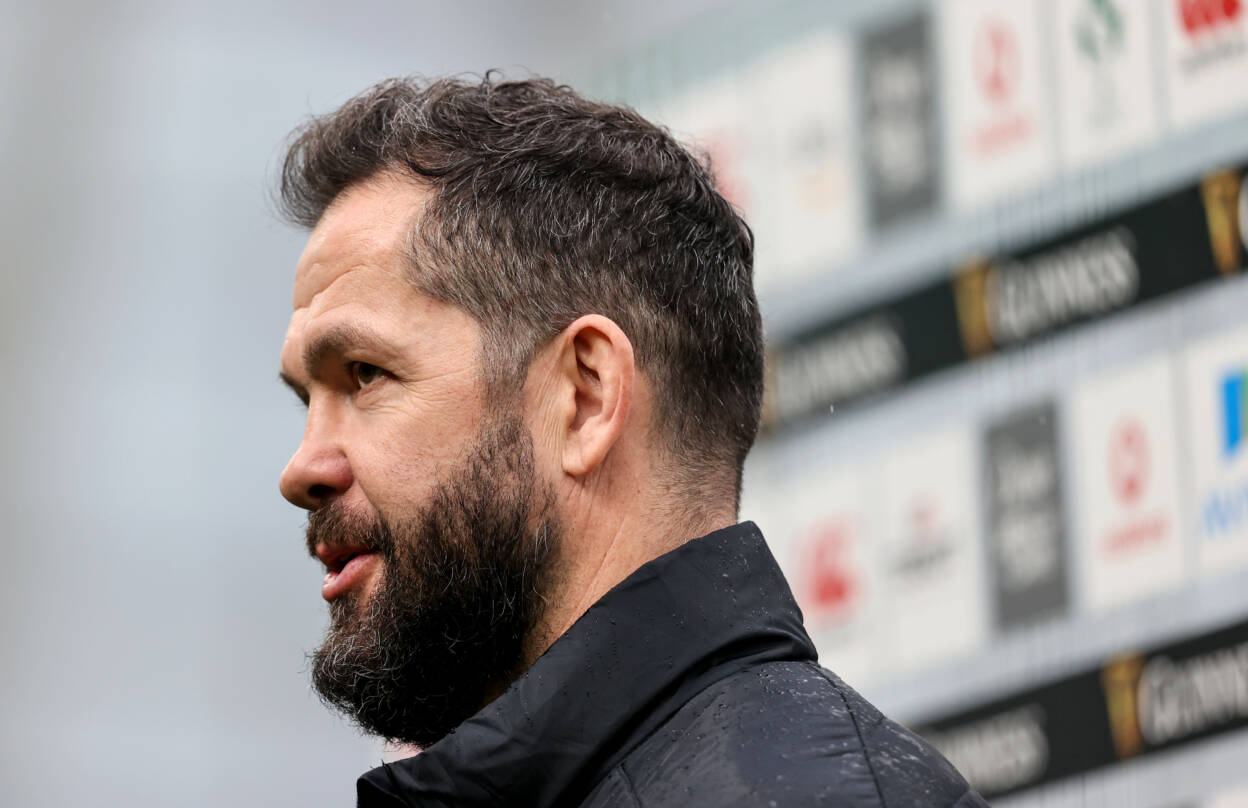 “Do we want them to offload? Of course we do, but it’s all about decision making. It’s all about the others around you animating in the proper manner.

“There’s a lot of things that has to happen. Not just for the individual, but for the team as a collective to make sure that we punch our noses through and get our hands free as well.”

Ireland’s starting XV against Italy showed seven changes from the team that had lost out narrowly to France in the previous round. Those who came into the side generally stood up to the mark, while Ryan Baird and Craig Casey both impressed during their debut appearances off the bench.

It remains to be seen if Farrell will retain the same starting line-up for the Murrayfield clash, but it has offered him some food for thought.

Everyone knows very well that when you select a side for any given game you want to just win the game and perform, first and foremost.

“But in the back of your mind, who needs a bit of game-time, who needs a chance, who needs an opportunity to try and stake a claim to push on for the rest of the competition? I thought that worked pretty well against Italy.

“With a few lads going back and playing in their provinces this week, I think we’ve managed game-time pretty well that people aren’t going to be too underdone. I think everyone is going to be ready enough to put their hands up for selection.

“It’s a good place to be for us as coaches. We’ll watch and see how we train over the next couple of days. See how the rest of the lads perform at the weekend, and we’ll meet up and make some tough decisions at the beginning of next week.”

Casey is among a group of 13 players in the Ireland squad who have been released back to their provinces for this weekend’s Guinness PRO14 derby fixtures. He starts at scrum half for Munster who entertain Connacht to Thomond Park tonight.

Farrell will be looking for a positive response from this contingent, who are seeking to keep their respective provinces in the hunt for a PRO14 final spot.

“I always love to see the reaction of a player, either during camp or just after camp, when they go back to their provinces. Just to see how they perform,” he added.

“I think it’s a real judge of character to go back and settle back into a different way of playing. New calls, etc. I suppose they know them like the back of their hand anyway, so that should be a little bit seamless.

“As far as being at your best when you’re bouncing from two camps…I think it shows a strong character, if they can perform well for their provinces at the weekend.”