Jonathan Sexton hailed the performance of Leinster team-mate Robbie Henshaw in the aftermath of Ireland’s 48-10 bonus point victory over Italy in the Guinness Six Nations.

Building on industrious displays in the opening two rounds, Henshaw marked his 50th cap with a typically assured showing at inside centre. He made 28 metres off 10 carries and also executed 13 tackles during his 70 minutes on the pitch.

He made way for Billy Burns in the closing stages, with Sexton slipping effortlessly into the Ireland midfield alongside try scorer Garry Ringrose. By then, the visitors were already 41-10 in front and had the bonus point wrapped up.

Speaking at a post-match press conference in Rome, the Ireland captain said: “I’ve been training at 12 during the week at times, like I have for the first two games as well. It’s an option the coaches can have if they feel we need to open the game up a bit.

“I thought Robbie was outstanding. Best player on the park for me, on his 50th cap. I remember my 50th cap. You get a presentation and you get a bit emotional.

“Sometimes it can take away from your performance, you feel a bit drained. The way he played was just outstanding. Like I said, I thought he was the best player on the park. He deserved his rest. I don’t know how I played 80, I never play 80!”

Others to stand out for Ireland on the day were Kildare natives Tadhg Beirne and Will Connors, who combined to good effect with CJ Stander in a dynamic back row combination.

The in-form Beirne was the official choice as Guinness player-of-the-match, while Connors crossed for two tries to add to the five-pointer he grabbed on his debut against Italy at the Aviva Stadium back in October.

Tadhg was excellent as well. He’s been outstanding for the last three weeks. His work on lineout, his work on breakdown. He’s improved massively from the end of November, when we were last together.

“He’s become a proper leader in that pack and helping out the guys at lineout. I can’t speak highly enough about him. He was outstanding too.

“You know what you’re going to get with Will. The energy that he brings. His chop tackles and his work around the breakdown. He’s a brilliant ball player as well, which we probably haven’t seen enough of.

“I think we saw glimpses tonight obviously. He was outstanding, but I think you can look across the park and I think everyone stood up today. Everyone was pretty good. They’re a really well-coached team, Italy.

“They stretched us at times and any team I’ve ever played against under Franco Smith have tested us. Whether it was a Treviso or Italy. He seems to be an outstanding coach and gets his team playing and challenging the opposition. I’m sure they’ll learn a lot from today.” 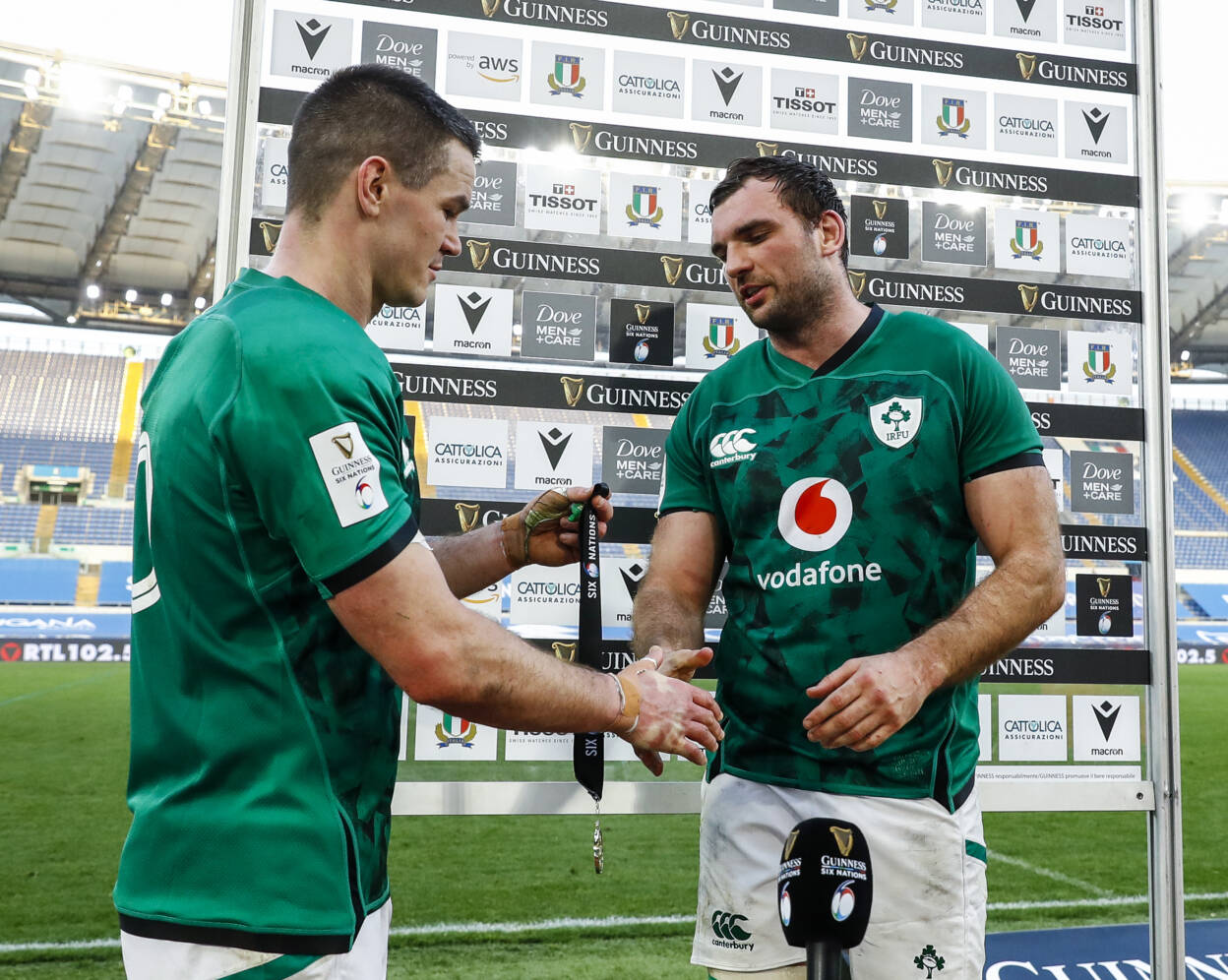 Throughout the week there have been calls from within the camp for Ireland to become more clinical and put away more of the try-scoring opportunities that they are creating.

Six tries over the course of 80 minutes in the Italian capital suggests this was what head coach Andy Farrell got from his charges. Sexton was pleased to see a lot of what they had practiced manifesting itself on the field of play.

Some brilliant stuff, especially first half. I thought we were outstanding. Very frustrating to concede just before half-time. Our intent and our concentration, and how clinical we were at times, was very pleasing.

“It’s stuff that we’ve been taught and we’ve been learning in training. It finally came out in glimpses today. I’m happy for everyone. I’m happy for players and coaches. I felt we weren’t far away in our other performances.”

Whereas Sexton was making his 97th Test appearance for Ireland, 21-year-old duo Craig Casey and Ryan Baird were introduced on the hour mark for their senior debuts in the green jersey.

The St. Mary’s College clubman, who contributed 18 points from the tee, waxed lyrical about the two youngsters. He paid Casey a big compliment for the way he has conducted himself since joining up with the squad. 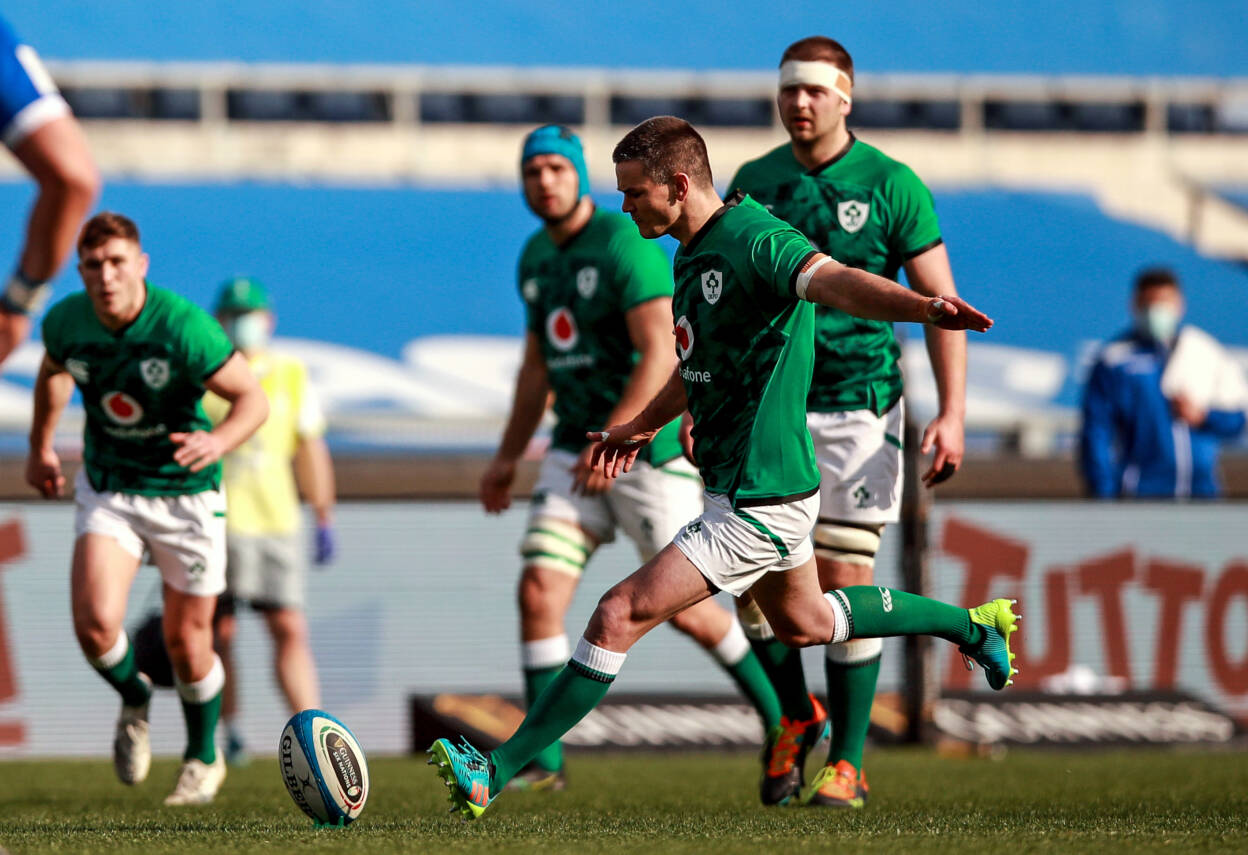 “Craig Casey, I didn’t know him that well obviously, because I’d never played with him. But his attitude, I don’t think I’ve ever come across anyone that reminds me of what I read about Johnny Wilkinson really,” acknowledged Sexton.

“He’s been brilliant and Ryan was outstanding when he came on. He’s got that energy and is an incredible athlete. The future is bright with those two leading the charge.”