Having enjoyed his first taste of senior international rugby at the tender age of 21, Craig Casey is hungry for more opportunities in an Ireland jersey.

After missing out on a debut against France when he was an unused replacement, Casey was handed his chance at scrum half yesterday during the final quarter of Ireland’s 48-10 bonus point win over Italy.

The Munster youngster made his presence felt during his time on the Stadio Olimpico pitch, making 14 metres from three carries and crisply throwing 21 passes.

While there is intense competition for the number 9 shirt from his provincial colleague Conor Murray, who is recovering from a hamstring injury, and Jamison Gibson-Park, Casey is a driven and ambitious individual who is not prepared to settle for second or even third best.

“Of course I want to be playing games for Ireland, that’s definitely the goal,” insisted the Limerick native in the aftermath of his Ireland debut. “I don’t want to sit back and be happy with being third choice. Not at all. I want to push on now.

“When you’ve got players of Murr’s calibre and Jamo’s calibre as well, it’s obviously tough to break in, but I’m definitely not going to be sitting back and be happy with being third choice. I want to push on now.” 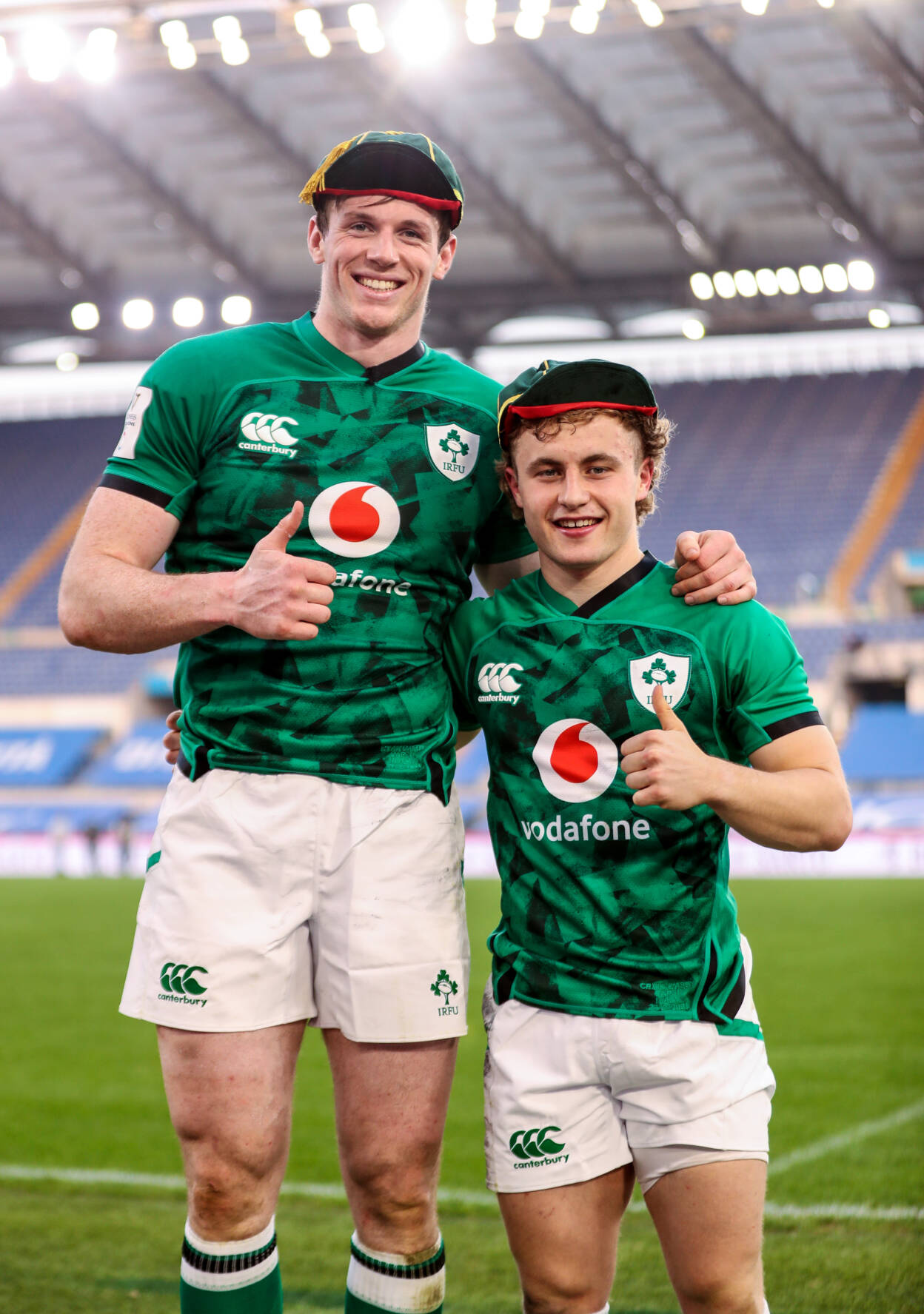 Joining Casey in making his senior international debut was Leinster forward Ryan Baird. The pair were part of the successful Ireland Under-20 squad that won a Six Nations Grand Slam in 2019.

Saturday was effectively the culmination of a journey they have been on together for a number of years and this made the moment extra special for Casey.

I actually came across Bairdo very early. We’re the same age obviously. I played against him at Under-18 Schools (level). I remember we played Leinster in the opening game of the Interpros.

“He was quality back then and then obviously went on to play with him in the Ireland Under-18 Schools and then with the Ireland U-20s. He’s been class throughout.

“He’s absolutely unreal. He’s a freak athlete, obviously you can tell that. He’s ran over 10 metres per second, which is terrifying for some fella that is so big! He’s all the capabilities of pushing on now and even going further.

As well as Shannon RFC in his native Limerick, Casey also has his secondary school Ardscoil Rís to thank for developing his skills with a rugby ball. In 2017, he captained the latter all the way to the semi-finals of the Munster Schools Senior Cup. 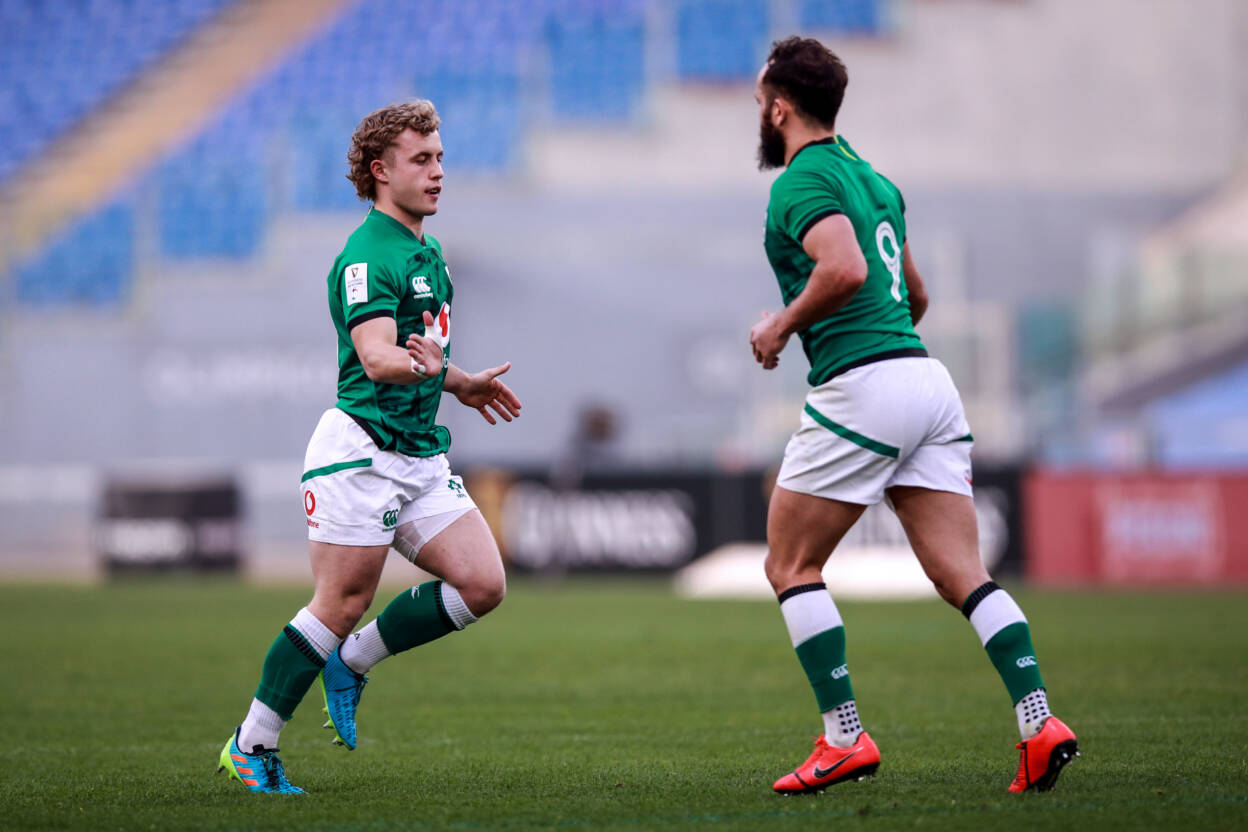 He was contacted by some of his club and school team-mates in the build-up to Ireland’s last two games and, additionally, by a famous international of the recent past.

The phone was buzzing, especially in the lead-in to the France week. I got a hell of a lot of texts, that I had to turn the phone off until after the game.

“I had to go back through the messages obviously not after playing. That was a bit awkward. Everyone from Shannon has been on to me. The support there is unreal, same with Ardscoil. Loads of texts there.

“Peter Stringer, in fairness, texted me before the France game. That was cool. He just said, ‘best of luck and be yourself. Don’t try and do anything out of the ordinary’. Everyone is so supportive and I can’t thank everyone enough.”

In his capacity as co-commentator on Virgin Media’s live broadcast of the game, former Shannon, Munster and Ireland flanker Alan Quinlan recalled meeting Casey when he was just a young child.

Indeed, Quinlan was not the only player to cross paths with Casey in his formative years.

“I don’t actually remember that! There’s been a photo going around of Stringer holding me as well. Hopefully they don’t keep flooding out now,” he added.