After suffering a head injury in an accidental collision with Wales’ Justin Tipuric, Sexton was forced off with 10 minutes remaining in last Sunday’s 21-16 defeat in Cardiff.

Like James Ryan, who was withdrawn in similar circumstances during the first half, he is currently progressing through the graduated return-to-play protocols.

Should Sexton come through his latest test, the talismanic out-half will be back on the training pitch tomorrow in advance of the crunch clash with les Bleus.

Speaking earlier from the IRFU’s High Performance Centre, he commented: “Obviously I picked up a few bangs, a few bumps and bruises, but by and large I’ve been good at the start of the week.

“If I pass my test today, I get to train with the group tomorrow, non-contact. Then you do your last tick-the-box, in terms of a bit of contact before the game, on Friday or Saturday. It’s step-by-step.

“I haven’t been on the pitch with the lads, they trained today, but if I pass my stuff today I’ll be training with them tomorrow.

Hopefully I’ll only have missed one session, but that sort of experience can help you. In an ideal world you want to be doing everything. You can do mental prep and visualisation.

“Preparing by watching training, running through things in your head as if you were that out-half on the pitch. Obviously it’s not the same, but if you do it right you can do it well.

“Like I said, hopefully I get enough work in. The fact that I played last weekend helps. That match sharpness will hopefully be there, having got through 70 minutes.”

In the build-up to a French game, Sexton is the player within the Ireland squad who comes under the greatest level of scrutiny.

The fact that the Dubliner spent two years in Paris with Racing 92 is the principle reason for this, and the spotlight has once again been shone on the Ireland captain for the latest duel between the two nations.

While some elements of the discourse does frustrate Sexton, he has learnt to come to terms with it since returning to Leinster from Racing in 2015. 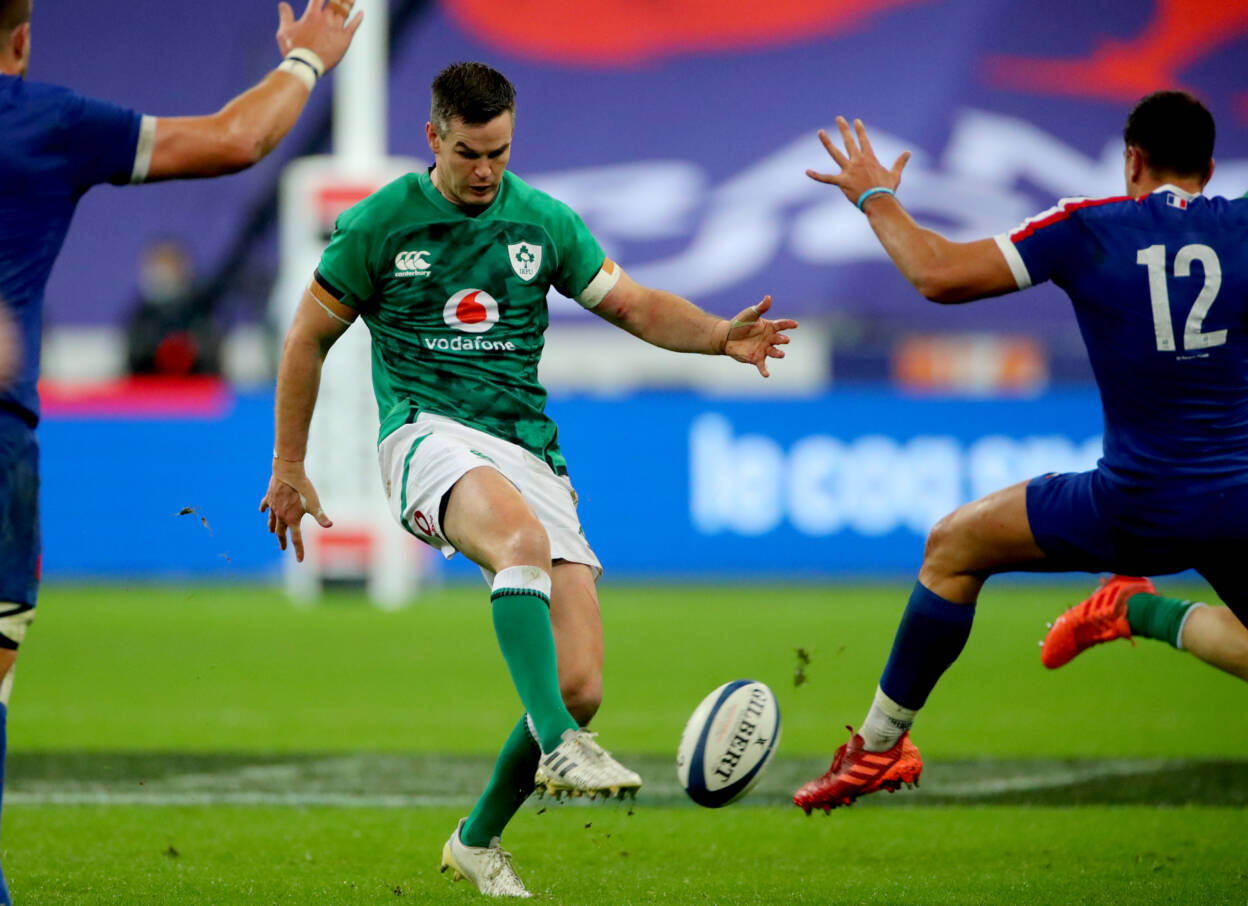 “I’m used to it. It seems to be always the French game coming up that something happens, whether it’s before or after. It is what it is.

“Like I said, you get used to dealing with these types of things when you’re captain of your country. It’s a privileged position to be in. Sometimes it can wear down on you and you need to be reminded that there’s a lot of people that would swap in for your job.

“Try and enjoy it, that’s what I have to try and do. Despite all the speculation and the attention. I try and do a good job. I don’t know if I always get it right.”

Alhough Ireland have found it tough to overcome the French on their recent trips to Paris, their home record against les Bleus over the past decade is impressive.

Since their narrow loss at the Aviva Stadium in 2011, Ireland have recorded three wins and one draw in their four matches against France in Dublin. 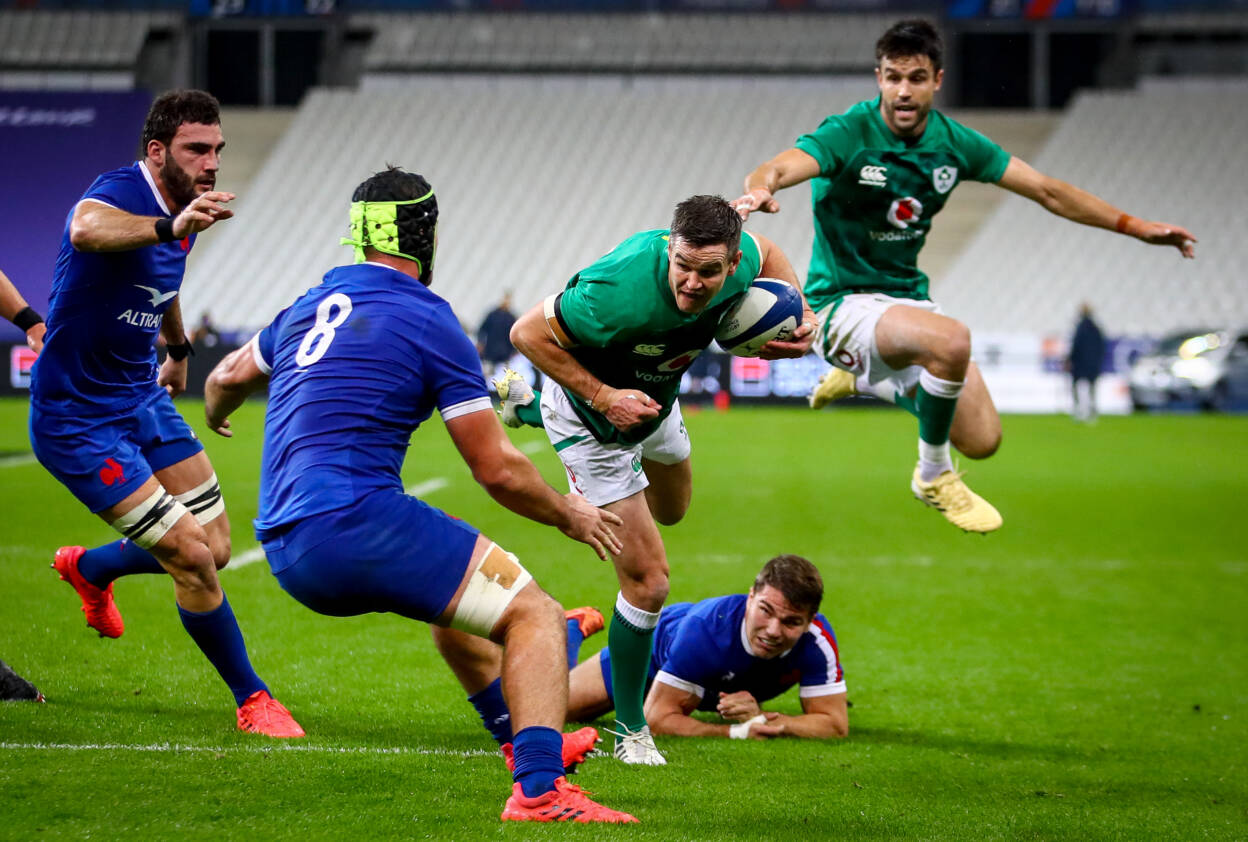 Those past successes against Sunday’s opposition have not been a major topic for discussion in the Ireland camp, though, and their focus has instead been on last October’s Six Nations defeat in Paris.

Reflecting back on that game, Sexton acknowledged: “We had a lot of chances in that game that we didn’t take. I think that’s one of the big things this week.

In international rugby you don’t get too many chances, you’ve got to take them. You can look back at the Welsh game at the weekend. We had a lot of opportunities that we just didn’t quite capitalise on.

“Even with 14 men we could have swung the game in our favour if we were a bit more clinical. It’s a big part of this week and like I said, if we had taken a couple of chances in Stade de France, it could have been different.

“We’ll never know, the only thing we can do now is control our performance this week and do everything in our power to make sure we put our best foot forward and improve on last week.”

If Ireland are to avoid a second successive loss in this year’s Championship, Sexton insists they will need to curb the influence of France’s star scrum half Antoine Dupont.

The Toulouse clubman’s seventh-minute try set the wheels in motion for his side last October, as France ultimately came away with a 35-27 victory in the final round of the 2020 Six Nations.

“All through last year we had a couple of club games against him, Leinster against Toulouse,” added the Ireland skipper.

“Dupont was very impressive and I suppose the times that we dealt with him were the games that we won and the one game where we didn’t deal with him that well, he had a huge influence on the game.

“He’s incredibly influential with that team and he’s a big part of it. They’ve got some other threats obviously across the park, but I think he’s obviously the main man, isn’t he?

“A lot of attention will be on him this week and trying to make sure that we don’t give him the time and space that he thrives in.”