Caelan Doris has come a long way since he lined out for Ballina at an Aviva Minis festival in 2010. Ten years later, having come through Blackrock College, Leinster and the Ireland Under-20s, he won his first international cap for Ireland as he donned the green jersey against Scotland in February 2020.

The Ireland back row added six more caps to his name, most recently during the Autumn Nations Cup last November, but that first precious jersey will now hang in the club where it all began – Ballina RFC in Mayo. 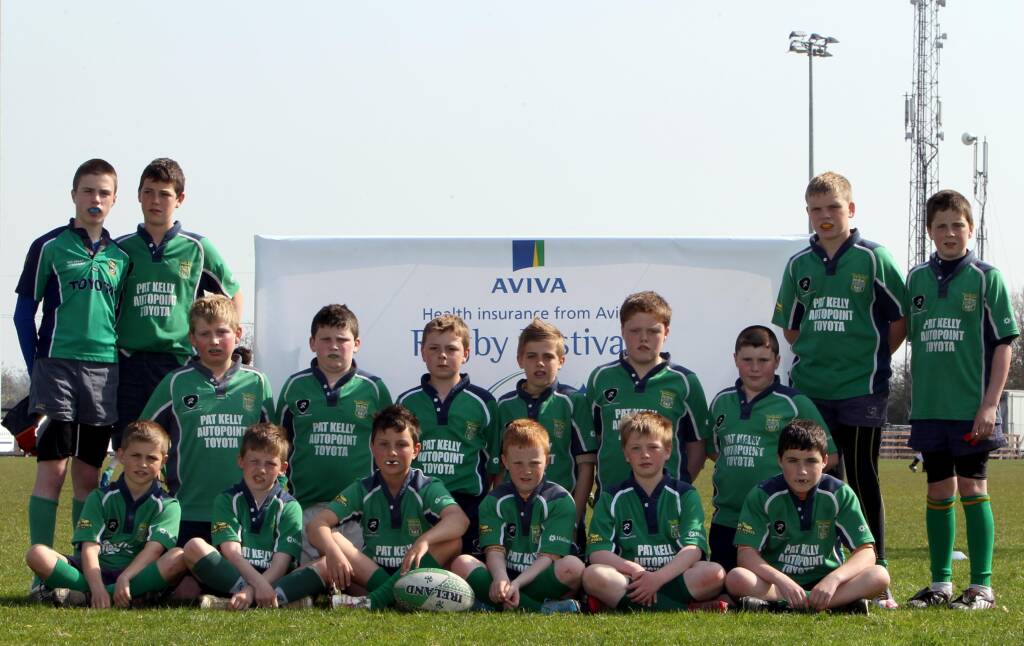 Caelan Doris (2nd from the left in the back row) with the Ballina minis at the Aviva Mini Rugby Tournament in 2010.

Michael Gallagher from Ballina RFC takes up the story:

“It’s Monday, it’s January and Ireland is in Lockdown, but for Ballina RFC, Monday January 18th 2021 will forever be special.

“This morning’s mail delivery brought two very special packages to HQ. One contained the Ireland Under-20 jersey worn by Caelan Doris in the 2017 Six Nations Championship. The second revealed his first Irish senior jersey from his debut against Scotland on February 1st 2020.

Magical Monday as Caelan presents his first Irish shirt to the clubhttps://t.co/TztWC6T3Vn pic.twitter.com/ntxB4MzVb8

“Caelan is presenting both to the club and his generosity has given everyone a huge boost at this trying time.

“To make things even better, Caelan has inscribed his senior shirt with the following:

“Ballina RFC, thanks for all the great memories and the solid foundations. Best, Caelan Doris.”

Doris told IrishRugby.ie told he was wanted to show his appreciation to everyone in the club for the support they’ve provided on his rugby journey.

“I have very fond memories of playing Mini Rugby with Ballina, and in particular at the Aviva Minis Festivals. It’s a great set up for any young player who wants to enjoy the game and improve their skills, and it’s getting better and better every year.

“Everyone in the club has been extremely supportive over the years, so it was nice to be able to present them with a jersey as a small token of my appreciation.”

Club chairman Alan Rowe says the presentation is a very special moment in the history of Ballina Rugby Club and has given everyone a great lift.

“These are tough times for everyone, but today’s news has brought a smile to all our faces. Caelan has lifted all our spirits this morning and his generous gesture means a lot to us.

We’re very proud of him and his words reinforce the fun and the good times he had here in Heffernan Park. We’re very proud of our Mini Rugby section and Caelan’s comment about ‘solid foundations’ harks back to the Saturday mornings when he started out here in the club.

“Caelan is the fourth international from the club following Michael Moylett, Gavin Duffy and Dave Heffernan and to be able to hang his jersey on the wall of our clubhouse means a lot to us all.

“We look forward to better days when we can all get together in the clubhouse with Caelan and celebrate his generous gesture.”

“It is hoped to host this celebration in the near future when Covid restrictions and game schedules allow. Thanks again, Caelan!”