Despite being the one to come away with the Guinness player-of-the-match award, Caelan Doris was quick to heap praise on the leaders within the Ireland team for helping to transform their fortunes today.

Trailing 9-3 to Scotland in the Guinness Series finale, Andy Farrell’s men bounced back to score three tries either side of half-time – and 22 points in total – to seize control of the game.

A Duhan van der Merwe try offered the Scots renewed hope, before replacement Ross Byrne knocked over a brace of penalties to seal a 31-16 victory and a third place finish in the Autumn Nations Cup.

Asked afterwards about Ireland getting themselves out of a tricky patch, Doris said: “It was probably just simple messages coming from the leaders. Johnny (Sexton), Pete (O’Mahony), James Ryan, etc. Getting our spacing right.

We were probably just following the ball a little bit too much. They picked us off then in those holes in and around the edge as well, where we got a bit narrow.

“It was just one or two technical things and I think we fixed those pretty well in the second half, in particular. It’s satisfying to finish the campaign with probably our best performance.

“Still plenty to work on, plenty of room for improvement, but I think it’s probably a good place to finish this year off and a nice place to build on going into the Six Nations next year.”

His impressive performance capped a whirlwind 2020 for Test newcomer Doris, who only made his debut against the Scots in the Six Nations – at the same venue – back in February.

A head injury brought his Ireland bow to an abrupt end, but he regained fitness in time to face England off the bench that same month and started five of the six games during the autumn international window.

It has been a steep learning curve at times for the 22-year-old Leinster starlet, albeit one he believes will benefit him in the long run. 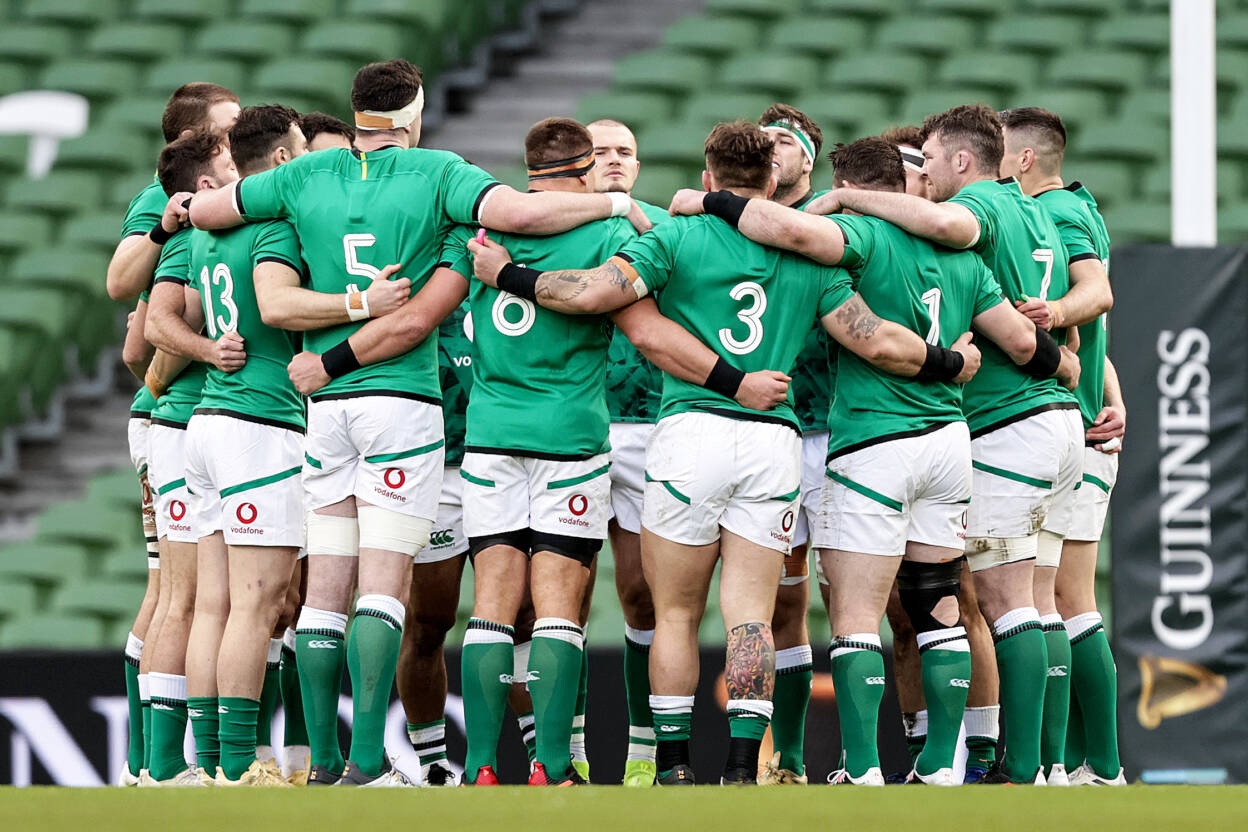 “I’ve been pretty happy. This campaign in particular has been a great learning experience for me. I think coming off that French game, there were probably a few learnings in that around preparation and the correlation between good preparation and performance.

“I really saw that, that week. Since then I’ve probably applied some of those learnings and I’ve been pretty happy with how I’ve gone.”

After an intense eight-week period with the national side, Doris’ focus will now switch to Leinster’s back-to-back Heineken Champions Cup clashes with Montpellier and Northampton Saints.

While he looks forward to getting a small break around Christmas time, the fierce competition for places at provincial level means he cannot rest on his laurels just yet.

“Straight back in on Monday. Tough fixture over in Montpellier. Another big, heavy pack. Playing them at home is going to be a tricky one. Happy to get stuck in again.

“Might get a little break around Christmas, which would be nice, but ready to go again. The lads back in Leinster have gone extremely well.

“Rhys (Ruddock) has been playing a good bit at 8 and picked up a good few man-of-the-match performances and has put in some really good shifts.

“(Dan) Leavy being back and then the other guys, Josh Murphy, Scott Penny, everyone has put in a good shift while we’ve been away.

“I’m not taking that for granted that we’re just going to slot back into a starting position or even into the 23. It’s that competition I think that drives the standards. Looking forward to getting stuck in again.” 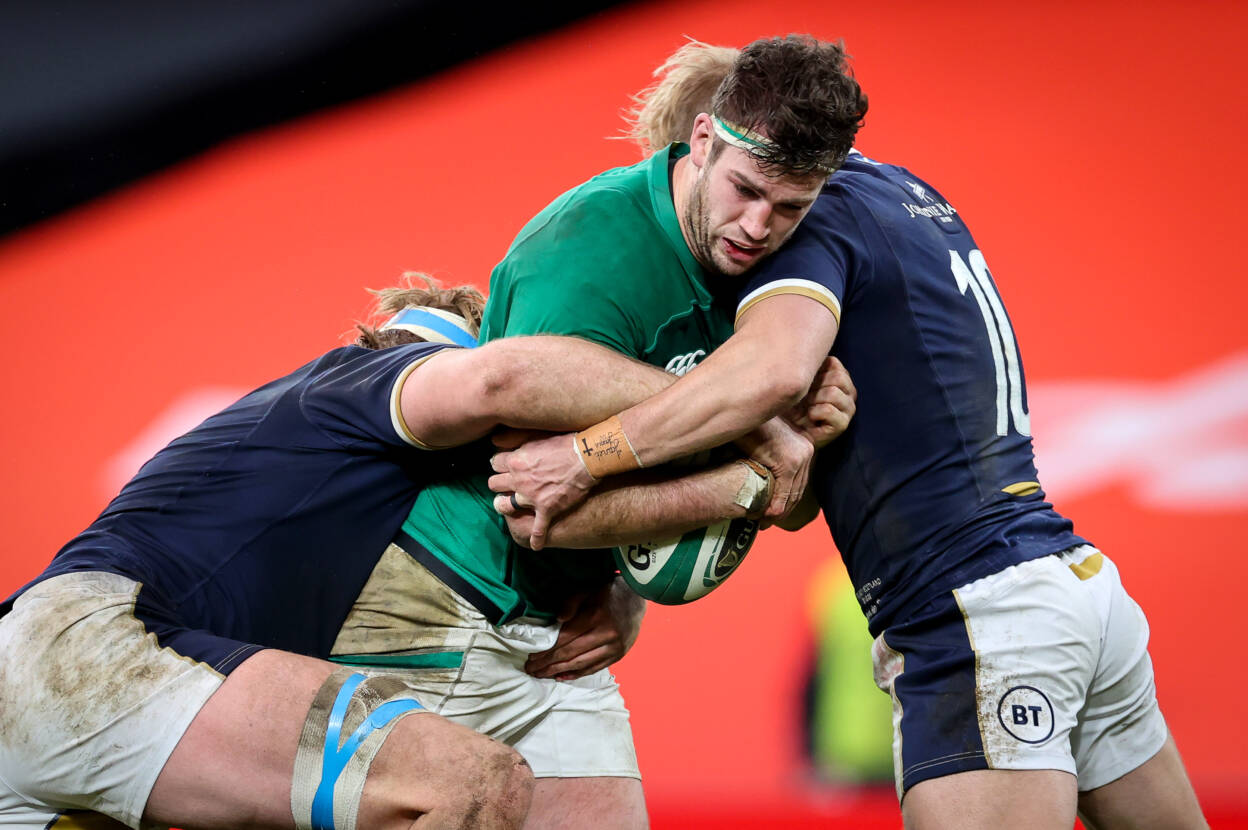 Before then, Doris will be busy cheering on his native Mayo in tomorrow’s All-Ireland Senior Football championship semi-final against Tipperary, and hopes they can move a step closer towards ending a title famine that stretches back to 1951.

“I hope so! It’d be a strange year to do it now, but hopefully we’ll get to the final and we’ll take one game at a time,” he added.

Another player to stand out for Ireland today was evergreen Munster winger Keith Earls. With a well-taken try double, Earls is now second on the Irish all-time list with 32 tries, fourteen behind record holder Brian O’Driscoll.

The Limerick man was happy to score for Ireland for the first time since March 2019 and is satisfied that the team are moving in the right direction under head coach Andy Farrell. 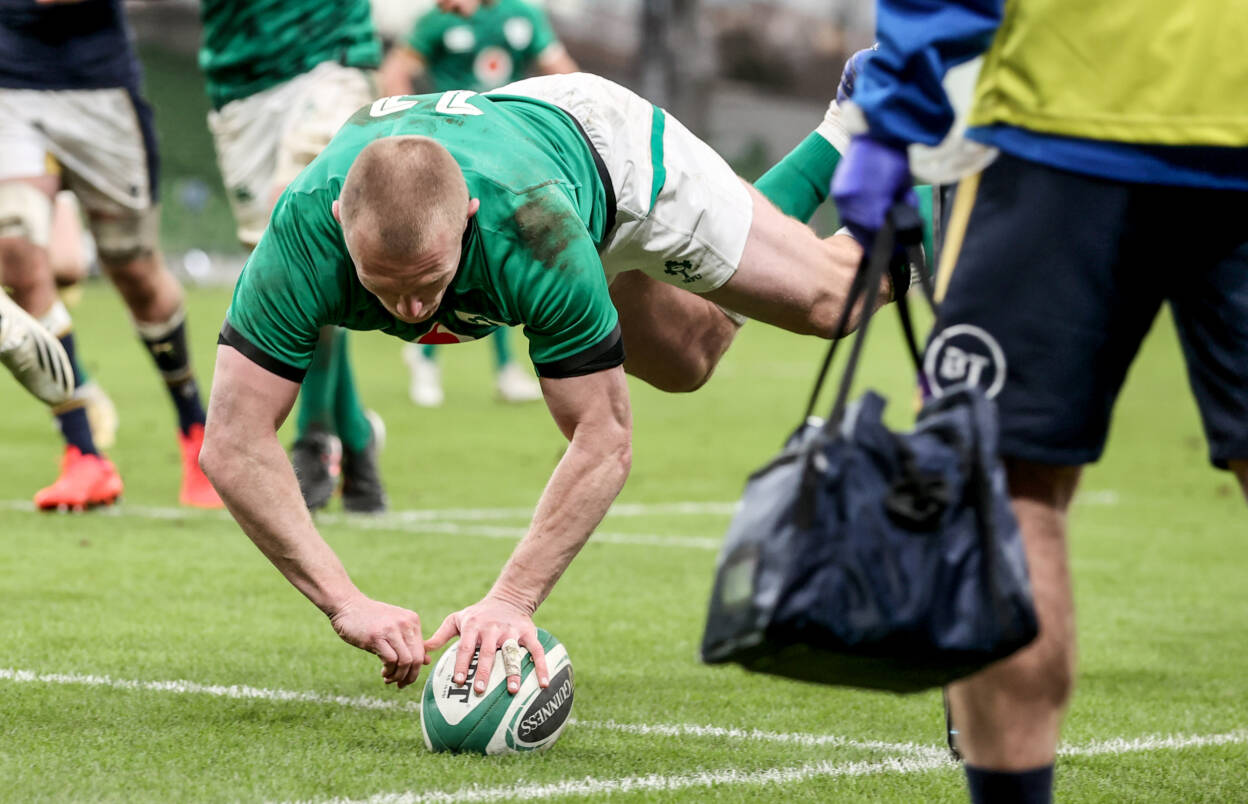 “It’s been great. It was good to get over the line as well, a couple of times,” he said afterwards. “It wasn’t a perfect performance, but we ground it out. Sometimes that’s what good teams do.

“We know where we’re at. We’re still only six, seven or eight games into a whole new style of rugby. We’re confident that we’re building.”

While both Sexton and Byrne opted for the posts when the time was right, Ireland turned down a shot at goal in the closing minutes of the first half and instead elected to go for the left corner.

The decision paid dividends with Sexton’s lobbed cross-field kick off a penalty advantage knocked back by Robbie Henshaw into the path of the inrushing Earls for the game’s opening try.

Considering the pressure the Ireland pack were beginning to exert on their Scottish counterparts, the 2009 British & Irish Lions tourist felt this was a wise ploy.

“That’s down to the decision makers, Johnny and James Ryan, the lineout caller. Certainly from where I am behind the maul, our maul was going well,” explained Earls.

“We felt we were getting a bit of ground on them in the maul, especially the first couple of metres but they defended it well in fairness to them. It all depends on a lot of things and you just go with what the leaders want to do.”