Given how tough their last encounter with Scotland was, Ireland head coach Andy Farrell knows they will need to be on their game for Saturday’s Guinness Series finale at the Aviva Stadium (kick-off 2.15pm).

Farrell’s first match in charge was a tense Guinness Six Nations opener last February, with the hosts battling their way to a hard-earned 19-12 victory over the Scots.

The sides finished second in their respective groups in this inaugural Autumn Nations Cup, in addition to registering three wins apiece in the recently-completed Six Nations.

Last Sunday’s second half display against Georgia was a long way short of what Farrell expects from his charges and is grateful they have a swift opportunity to put things right.

“We want to be better than that second half performance. Obviously this is a slightly different team, but at the same time we know that we’re up against a very good Scottish side,” he said, speaking after the team announcement.

It was a tough ask the last time we played against Scotland here at the Aviva and obviously a lot of what has been going on over the last five games is about building towards next year’s Six Nations.

“This is a big building block towards that. They’re a side that’s been together for a while and obviously they’ve got a very experienced coach there with Gregor (Townsend).

“He does a fine job and I love the way that he coaches. They’ll be very bullish. They were disappointed in the 19-12 loss back in February. I’m sure they’ll be looking forward to this game.

“We always want to put in a performance, but obviously professional sport doesn’t always go your way. This is the next game on the calendar for us so it’s always important. It’s always the most important of the year. That’s how we’re looking at it.” 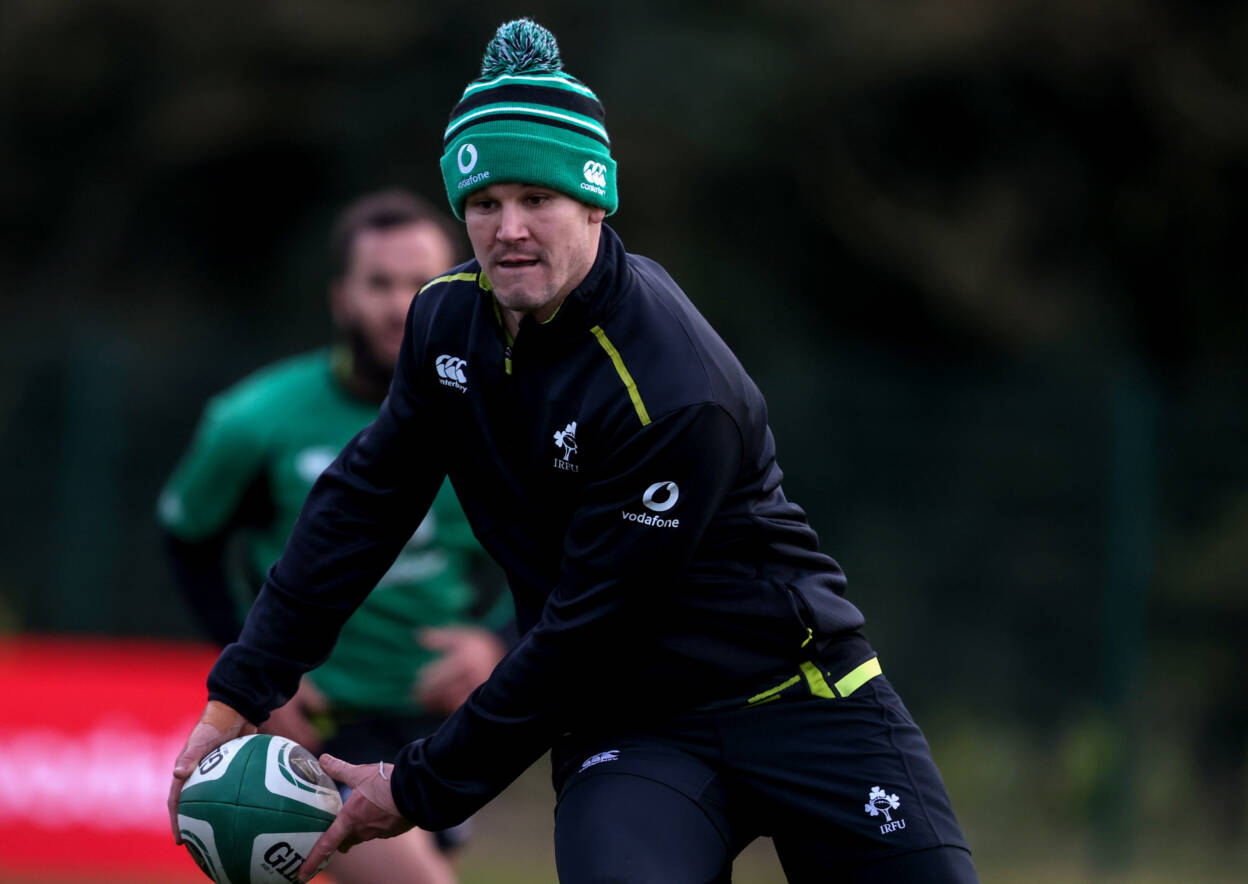 Principle amongst the changes to last week’s starting XV is the return of Jonathan Sexton – not just to his customary position of out-half, but to the role of captain. The Leinster stalwart has overcome the hamstring problem that ruled him out of the recent games against England and Georgia.

“Obviously Johnny coming back from a hamstring injury is a big boost for the lads,” admitted Farrell. “Johnny is our captain and has been missing for a couple of weeks, although he has been working unbelievably hard in the background to make his presence felt.

“He’s come through his rehab in the right amount of time. He has been ahead of schedule. He’s champing at the bit and ready to go. What does he bring? He brings a feeling to the group that makes everyone right and ready to go for a big Test match at the weekend.” 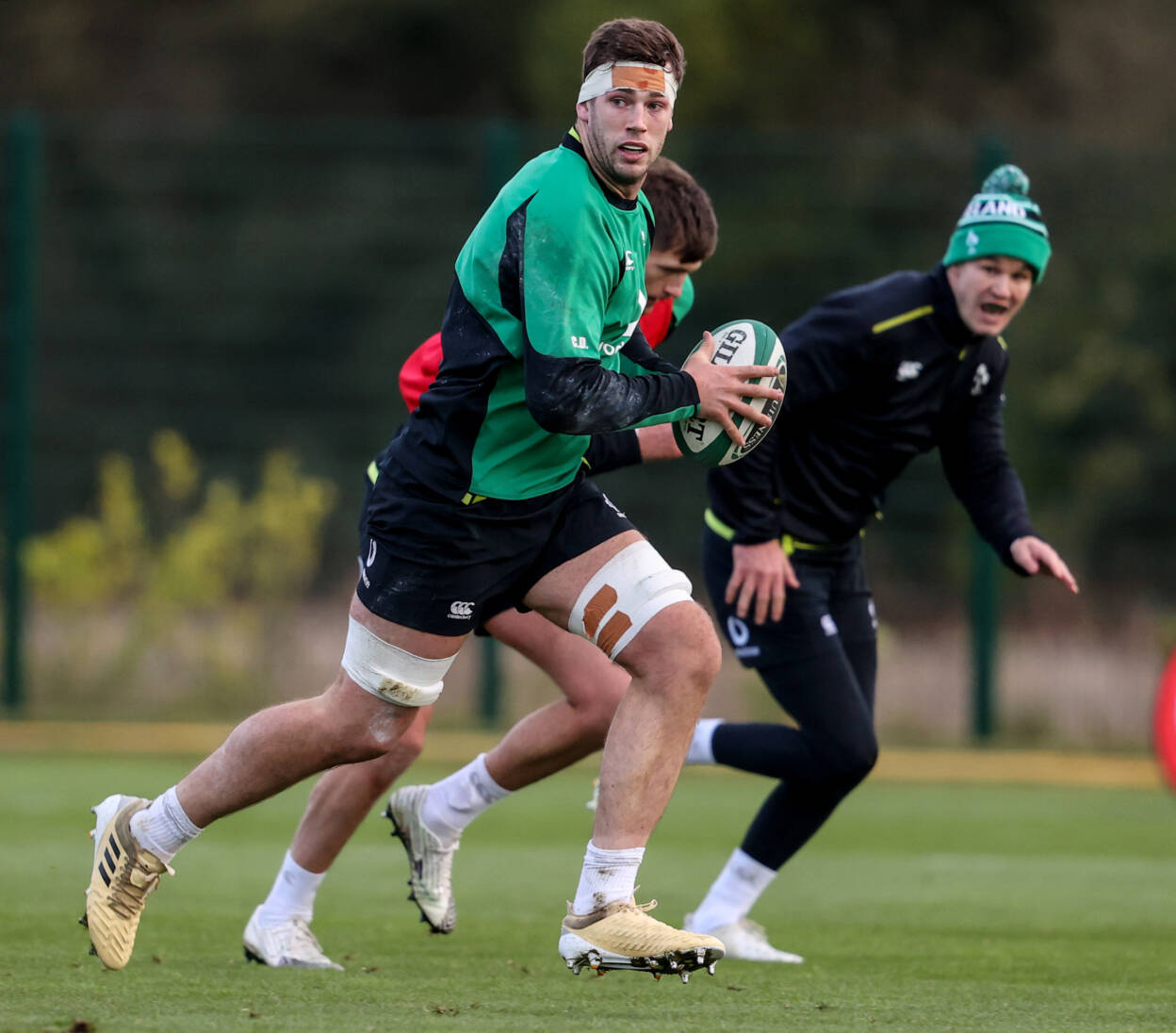 Farrell has certainly selected a side that is chockfull of experience, with Hugo Keenan and Caelan Doris the only players in the starting line-up to have made their debuts in 2020.

Having had to content with a number of injuries during this international windows, the Ireland boss is unclear as to whether this can be deemed his strongest team, although he has full confidence in the matchday 23 he has opted for.

When do you ever get your strongest team together, you know? On record, everyone knows that we’ve had quite a few injuries out there. But that’s professional sport.

“There’s no excuse. You’d expect six or seven players to come back into contention for the Six Nations. But as we know the type of games that the lads are going to be playing over the next six or seven weeks, when they go back to their provinces, are pretty intense and pretty fierce encounters themselves.

“You’re always having to deal with that aspect of things. Do you ever really get to what’s your strongest team? Probably not.

“But at the same time there’s always going to be a wish list after you’ve witnessed what has gone on in front of you regarding the last six or seven weeks.”

Due the remote press conference, Farrell also revealed that both Gary Keegan – previously the Director of the Irish Institute of Sport and High Performance Director with the IABA’s High Performance boxing programme – and former Ireland team manager Mick Kearney have been working with the Ireland squad in recent weeks.

Their current roles are centred around the area of mental performance, as part of a process that Farrell hopes can produce long-term benefits.

“Gary Keegan has been with us for some weeks now. He’s been doing a tremendous job. Mick Kearney is there. Obviously Mick was there in previous years as a manager, but he’s there as a mentor for many of the players as well,” he added.

“For a lot of our players, it isn’t just the stress of a match week. As well, it’s obviously dealing with life outside of rugby, etc. That can be a whole build-up in a different manner.

“Mick helps them massively with that, regarding mentors outside of rugby. With Gary and Mick, we’re well on our way to starting something there that’s going to help in the future.”