After Ireland rounded off their Autumn Nations Cup Group A campaign with a 23-10 win over Georgia, head coach Andy Farrell admitted the standard of performance fell well below expectations.

Thanks to a 15-point haul from Billy Burns on his first international start, which was supplemented by a Hugo Keenan try, the hosts were 20-7 in front at half-time.

Ireland were expected to push on after the restart, but the only score they could muster in response to a a penalty from Tedo Abzhandadze was a three-pointer from Burns’ replacement Ross Byrne.

Despite the frustration at some other potential tries being ruled out by the match officials, Farrell felt it was a sub-par Ireland display overall in this latest Guinness Series outing.

“Certainly in that second 40 (minutes) it wasn’t the standard we expect of ourselves. Especially playing at home,” he said in the aftermath at the Aviva Stadium.

After the first 40 that I thought was decent enough at times, still obviously things to fix at half-time but two tries, one from a forward pass and I don’t know the rules any more regarding that.

“We have a touch judge that’s telling us it’s a try and then a referee that says it’s not a try. James Ryan is over the line just before half-time, he’s got the ball down, so he says. So there’s still things to fix.

“I thought our game flowed a little bit in the first half and we came out in the second half and I just thought we didn’t have the courage of our own conviction.

“Georgia thoroughly deserved the right to slow our game down by being total menaces at the breakdown and all credit to them for that, but that’s not good enough from us.” 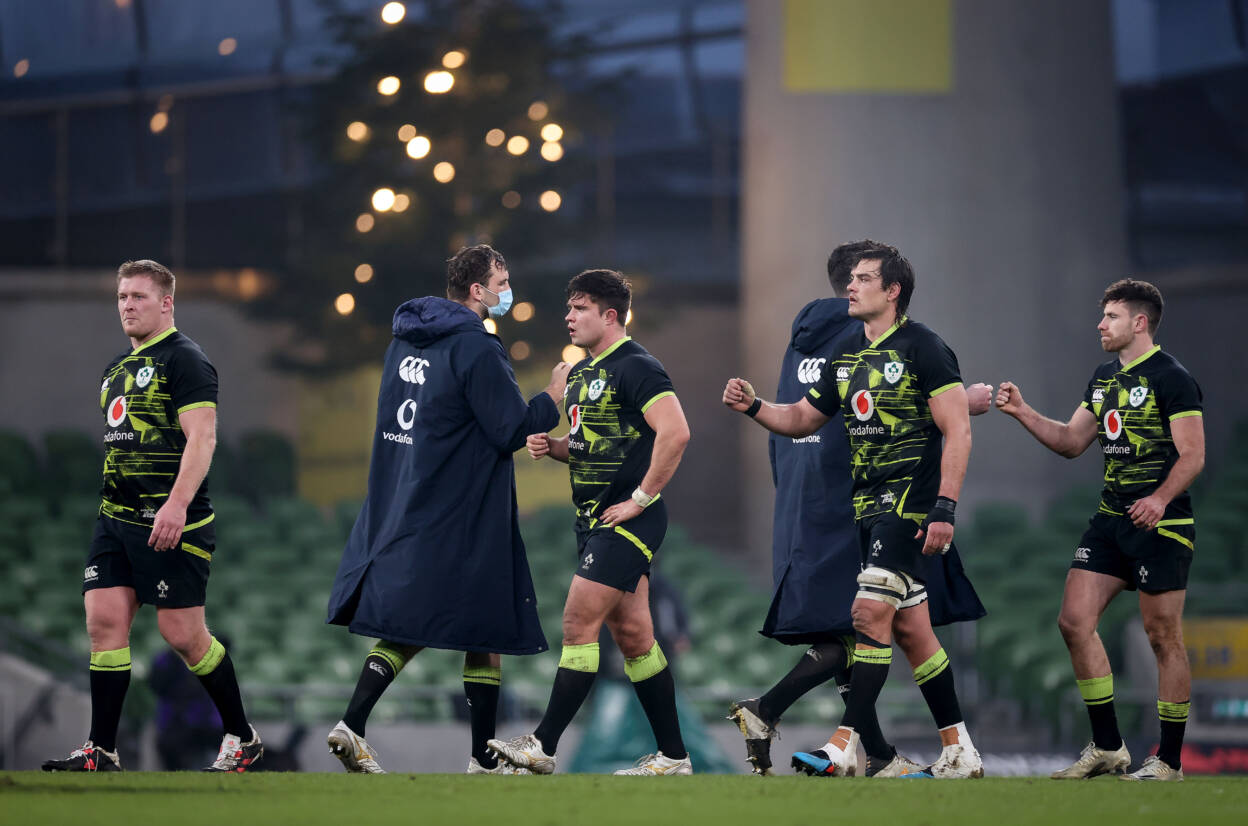 Expanding further on a disappointing second half showing, Farrell acknowledged that Ireland’s lack of conviction in their play was a major contributing factor in Georgia successfully denying them a bonus point win.

“If you have the courage of your own convictions then your follow through with whatever it may be. If you are trying to get the ball to the wide channels, let’s do it properly.

“Let’s make sure that there’s proper intent in our play to get it there. There certainly were opportunities for us to get into space out wide.

“We just tucked and turned ourselves back inside on a number of occasions and got turned over at the breakdown. They hunted hard at the breakdown and then on the other side of that, we punched onto a ball a couple of times towards the end of the game, really hard and tough.

“Then our breakdown work was able to follow but sometimes I didn’t think we had conviction with our carry as well and they were able to swallow our ball down.”

Ireland already had to contend with a series of injuries in the lead-up to yesterday’s game, and a number of extra bodies will be on the treatment table over the next few days.

Farrell explained: “Rob Herring has something that needs to be looked at regarding his rib. Billy (Burns) felt something in his groin in the warm-up. He said he was fine to play and played a nice first 40 I thought, but he’s nursing a groin injury. 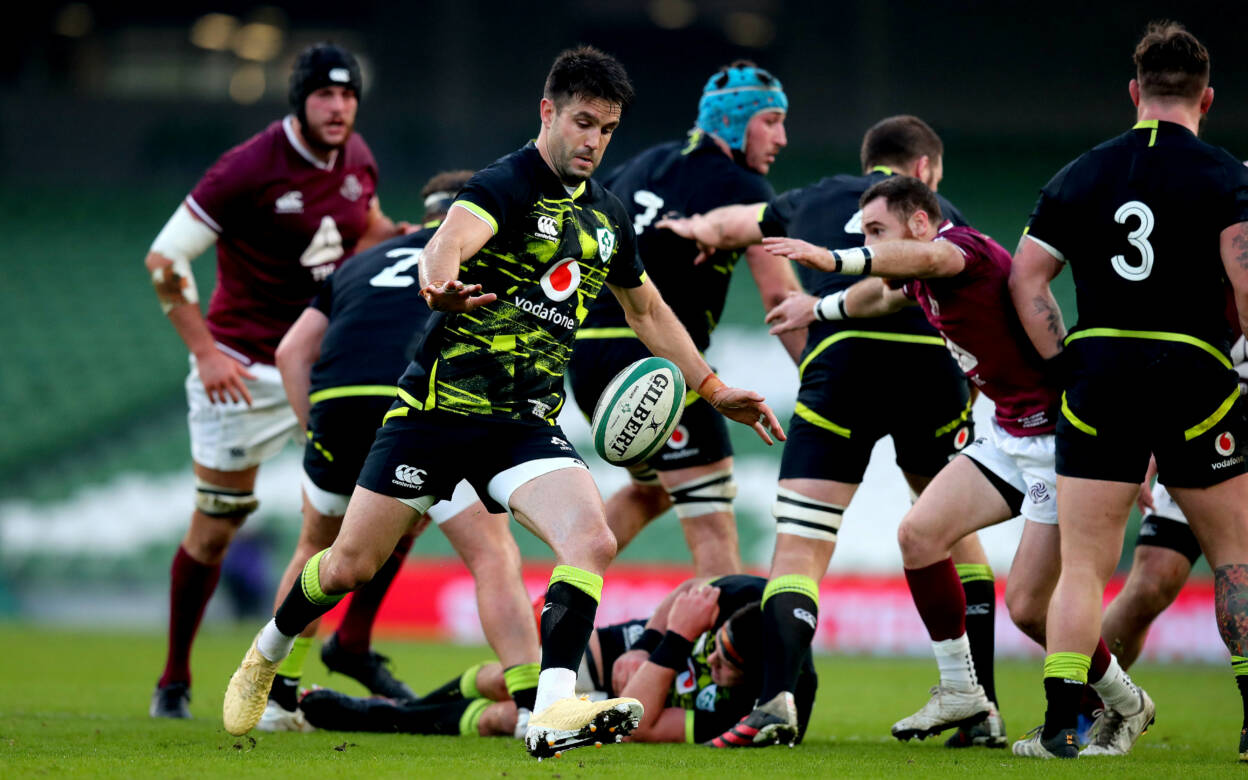 “Conor (Murray) got a bang within the first couple of minutes, a dead leg, so we have to look after him but he’ll be fine. Will Connors came off for a HIA so it’s a six-day turnaround (to Scotland), we’ll see how that goes.

“Keith Earls had a back spasm and had to come off as well, so quite a bit of disruption but that’s nothing to do with the second half performance.”

Ireland will finish out the Guinness Series with a 3rd-4th place Nations Cup play-off against Scotland at the Aviva Stadium next Saturday afternoon (kick-off 2.15pm).

The Scots were the only team to defeat France in this year’s Guinness Six Nations and having received a real challenge from them in his first game as head coach back in February, Farrell is anticipating a similarly tough encounter this time around.

I think Scotland are a big threat. They’re playing well, they play a nice brand of rugby and the last time we played them here, it was a difficult match.

“They played really well that night so I’m sure after watching that second half performance (from us) and taking stock of what happened in the Six Nations, I’m sure they will see that as an opportunity that they might try to take back. We’ll see what we’re about this week.”