Simon Easterby has insisted Ireland’s coaching team will continue to back the players to make their own decisions on the pitch.

Following last weekend’s 18-7 defeat to England, Andy Farrell’s men will aim for their second Guinness Series and Autumn Nations Cup win when they welcome Georgia to the Aviva Stadium on Sunday (kick-off 2pm).

While recent losses to England and France has seen Ireland failing to convert opportunities after electing for touch over a shot at the posts, Easterby believes the men on the field are still best placed to make these calls.

“I think you’ve got to allow the leadership group to make those decisions,” he said. “I think if the players are always looking up at the stands and wondering what to do, then we’re not doing our job as a coaching group to try and build their decision making under pressure.

100%, we’d back those decisions that they made. Is there a call sometimes to take three points to try and build a score, like we did against Wales? That certainly can keep momentum going and not take away the momentum from a missed opportunity to take points.

“You’ve also got a feel out there in the game. The players, they may feel there’s an opportunity to get more out of a strike play or a maul or a scrum, than it is to take three points.

“Because they feel that the opposition are under pressure. We don’t always get those decisions right, but more often than not it’s a decision made on the pitch and it’s certainly not one that we’re screaming down the microphone.

“We’ve got to allow the players to build experience and understanding in the moment what decision they make.”

As the forward specialist within Farrell’s coaching set-up, the lineout is a major part of Easterby’s remit. It was an area of concern at Twickenham – and at crucial times during the Six Nations decider against France – but the former flanker puts this down to the relative inexperience of some to the players involved.

“We’re continually trying to grow some experience and some leadership in that group. We had a couple of young players in there. Ronan (Kelleher) making his first start at Twickenham and he’s done really well across the board over the last six weeks.

“We had a number of challenges in there from the opposition, as well as making sure that we get our own drills in order. I think there’s probably a combination of things throughout the week.

“We felt like we had a good preparation, but it’s very different preparation. When the pressure comes on and the challenge is laid down, that’s when we find out a little bit more about players.

“There’s a little bit of inexperience in a number of areas. We probably needed to strip back a little bit, some of the options that we had.

“We’ll look to implement those over the next couple of weeks, but we’re on a bit of a journey with this lineout group as well. It’s a new group.

“We’ve got a couple of inexperienced younger guys in there, who we feel are learning every week and they’re growing in their roles. It takes time to build combinations and get those things right.” 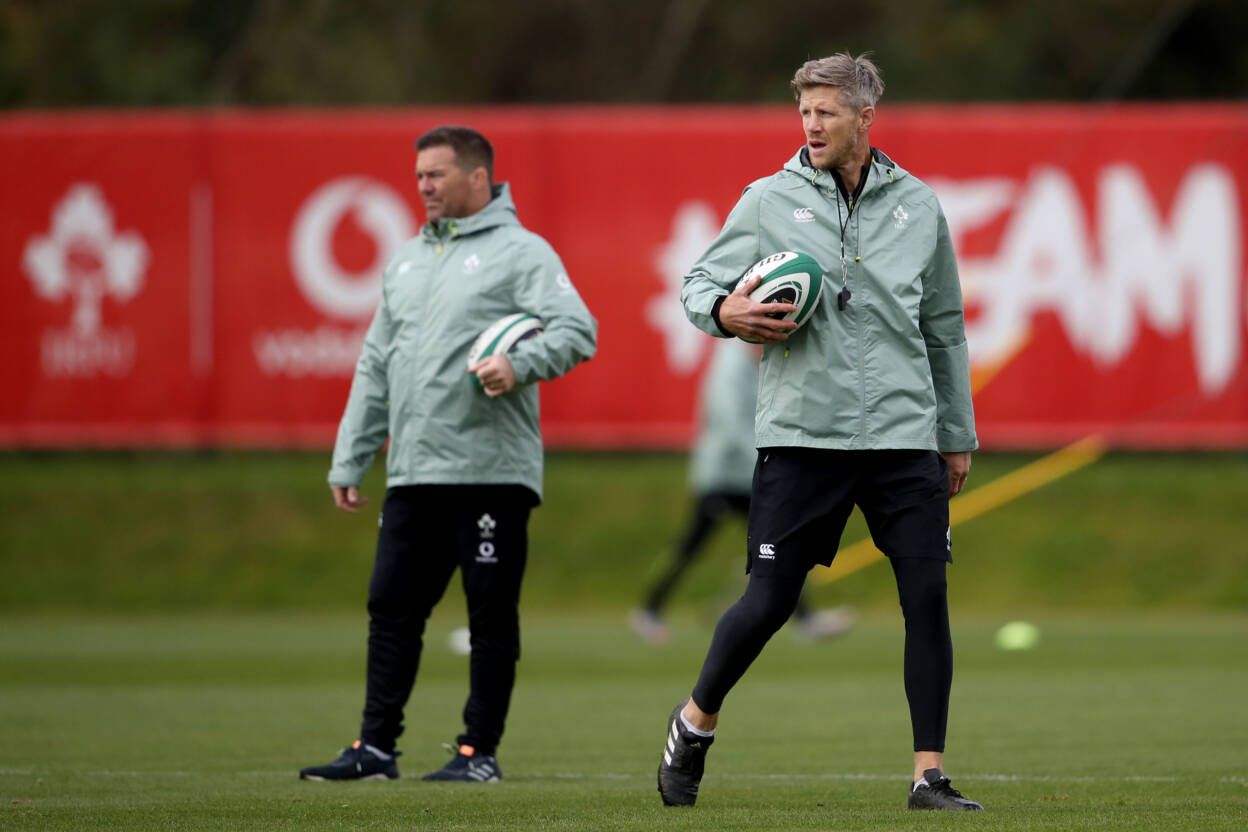 After a calf strain ruled him out of last Saturday’s game, Leinster loosehead prop Ed Byrne will be marked absent this weekend as he undergoes a period of rehabilitation.

This has led to Eric O’Sullivan being called up to the squad, on the back of his impressive form for Ulster in recent months.

“It’s obviously a specialised position so we need specialist cover and Eric has been doing really well up in Ulster. We’re really happy with his progress.

“It’s a great opportunity for us to see him up close and see him work through the week. Unfortunately Ed is continuing his rehab now,” Easterby said of O’Sullivan, who turns 25 next Monday.

Aside from O’Sullivan, Farrell has resisted the temptation to add any more names to the squad and Easterby expressed his full confidence in those who were originally selected for this autumn iuternational window.

It’s really important that we back the players that we selected originally. This is another Test match. There are players that are going well in their provinces, they’re putting their hands up.

“There’s also players that have trained really well throughout the last couple of weeks that haven’t had opportunities with us.

“I guess it’s getting a balance and the squad we selected originally was a squad we felt could take us through the games, through the end of the Six Nations and into these autumn games.

“We felt like we wanted to do that justice and probably not look to pick too much from outside the group. Players coming in for a week, they’ve got a lot to deal with it and take on board.

“Is it giving them the best opportunity to go and perform if we’re asking them to come in just six or seven days before a Test match? It’s kind of getting a balance.

“We don’t want to be just handing out caps as well. We want to make sure that guys earn the right to get selected.”