His first outing as Ireland captain did not turn out as hoped, but James Ryan was not too despondent in the aftermath of Saturday’s 18-7 defeat to England at Twickenham.

Ryan led the team when Jonathan Sexton’s hamstring injury forced him off against Wales last week, and he held onto the captaincy for yesterday’s Autumn Nations Cup second round match.

The young second row was part of losing Ireland sides against England in the last two Six Nations tournaments, and although it may not necessarily show in the scoreline, he believes they produced a much better performance on this occasion. 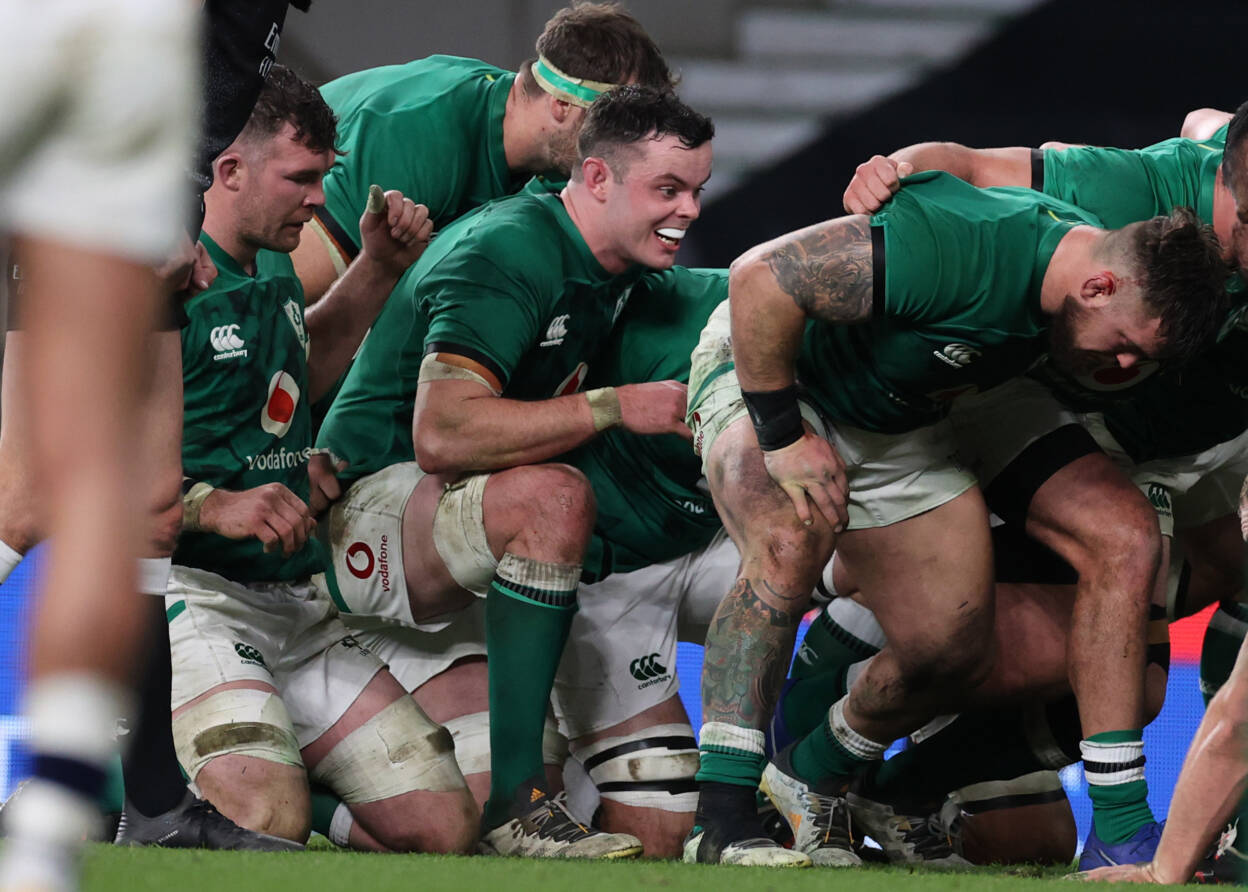 “The positive thing was we put them under real pressure at times,” said Ryan, speaking at the post-match press conference. “I thought we created opportunities for ourselves, but we just weren’t clinical enough.

Probably our set piece let us down at times in crucial moments. They scored off the back of some of those moments that we didn’t quite nail. I’m proud of the lads. I thought the team spirit was brilliant.

“I thought we created loads of opportunities. The next step is taking them. The other side of that, I thought the spirit was really good. Especially after (conceding) that second try.

“When we had that moment in their 22 and we didn’t quite nail it, they went the length of the pitch. It would have been very easy for us to dip our heads, but we just kept banging at the door.

“Same in that second half, we kept going. It was just little inaccuracies that gave them points. We’ll take loads from that and I’ve no doubt that we’re going to keep building.”

A number of new players has been integrated into the Ireland set-up by head coach Andy Farrell in 2020. Since rugby restarted, Hugo Keenan, Will Connors, Ed Byrne, Jamison Gibson-Park, James Lowe and Billy Burns have all made their debuts in the green jersey. 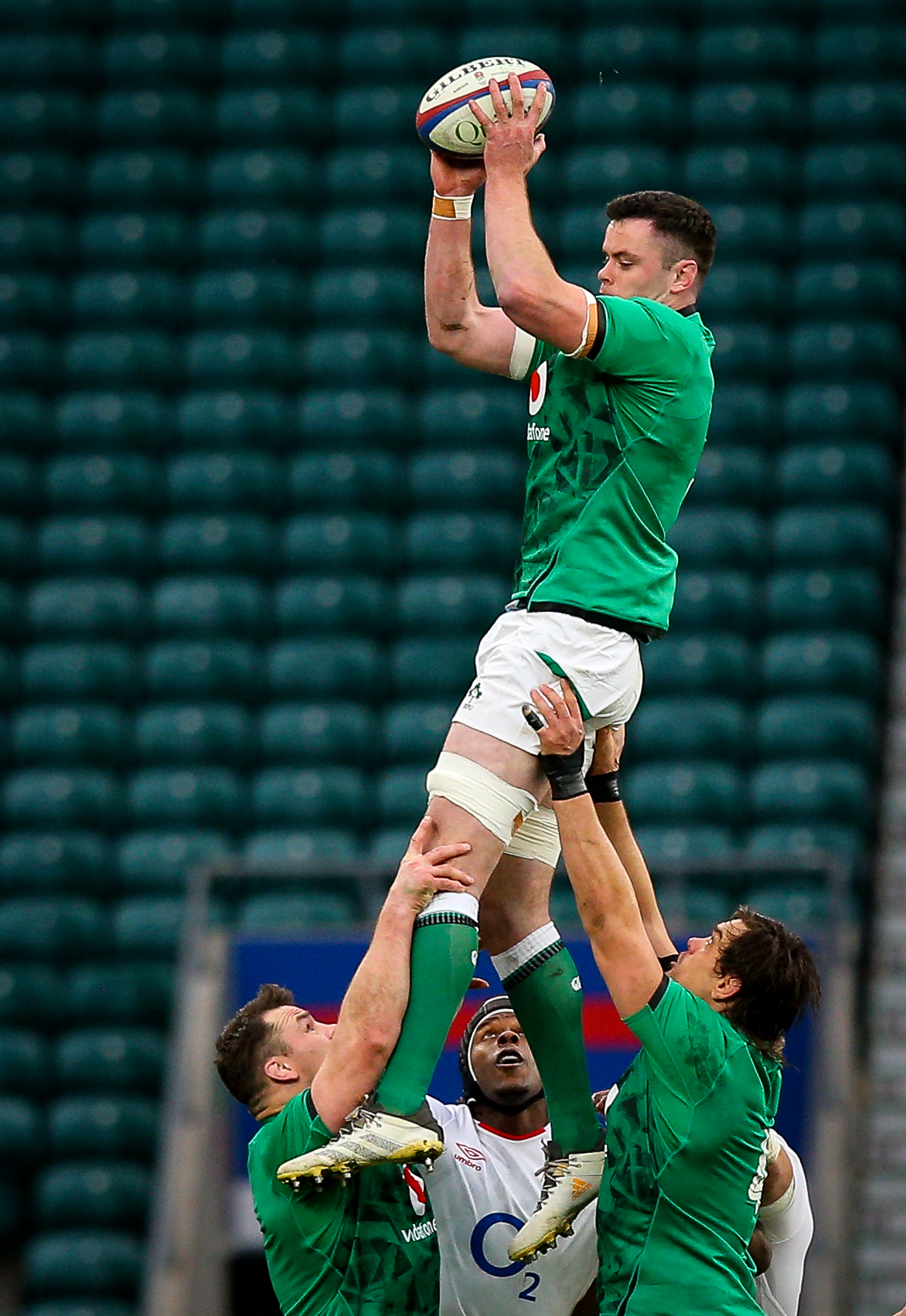 Farrell’s selection yesterday had Gibson-Park, Lowe and Ross Byrne all making their second international starts, while it was only a second start in the full-back position for the three-times capped Keenan.

22-year-old forwards Ronan Kelleher and Caelan Doris have also only been playing Test rugby since February, while Cian Healy, Peter O’Mahony and Keith Earls made up over half of the Ireland starting XV’s 433 caps.

In contrast, England had 725 caps’ worth of experience in their side. Ryan acknowledged that it will take time for Ireland to reach England’s current levels of play, but is adamant they have it in them to do so.

Look, this is a new group. The coaching staff, how many players have made their debuts over the last few weeks. It’s kind of a new chapter for us.

“England, in terms of where they’re at, they’ve been together a lot longer. I’ve no doubt that the gap is closing there.

“We just need to keep growing now and we’ll get so much from games like this as a group. I’ve no doubt we’re going to get closer and closer.”

Despite the result, it was a special moment for Ryan to lead out an Ireland senior team for the first time. The 24-year-old managed to downplay the significance of it during the build-up, and even in the aftermath of a landmark day in his career, there were other issues on his mind.

“To be honest, this week was much the same. Faz (Andy Farrell) told me to focus on my own game and that’s what I tried to do all week. It wasn’t a massive strain or anything.

“For me, I’m much more concerned with the team and the team performance than any of that stuff. Obviously another game next week (against Georgia), we’ve a couple of days off.

“Early in the (next) week will be a good opportunity for us to learn about that game and to keep building,” he added.