Despite his obvious disappointment at losing 18-7 to England at Twickenham, Ireland centre Chris Farrell felt there were positives to take from Saturday’s game.

This was Ireland’s fourth successive loss to England, yet in contrast to those chastening reversals, Chris Farrell reckoned there was something to be gleaned from this Autumn Nations Cup tie.

“If there’s anything to take from it, it’s the fact we didn’t shy away,” he insisted. “In the past in big games against England over here, we’ve probably shied away, on reflection, in the games.

We won the second half (today). We didn’t perform well enough in the first 20 minutes. We gave them 12 easy points and we gave ourselves an awful uphill battle.

“That will be something we have to look at and we’ll reflect on. We’ll be very disappointed with that and we are.

Before second half replacement Stockdale touched down for his 18th Test try, Farrell had a golden opportunity to open his own account at this level.

Latching onto Ross Byrne’s perfectly-weighted kick in behind the English cover, the Munster midfielder looked set to ground the ball past the whitewash – only to be held up by the retreating home defence.

While acknowledging he should have finished off this chance, the 27-year-old did use it as an example of the variety that Ireland were occasionally able to bring to their attacking play. 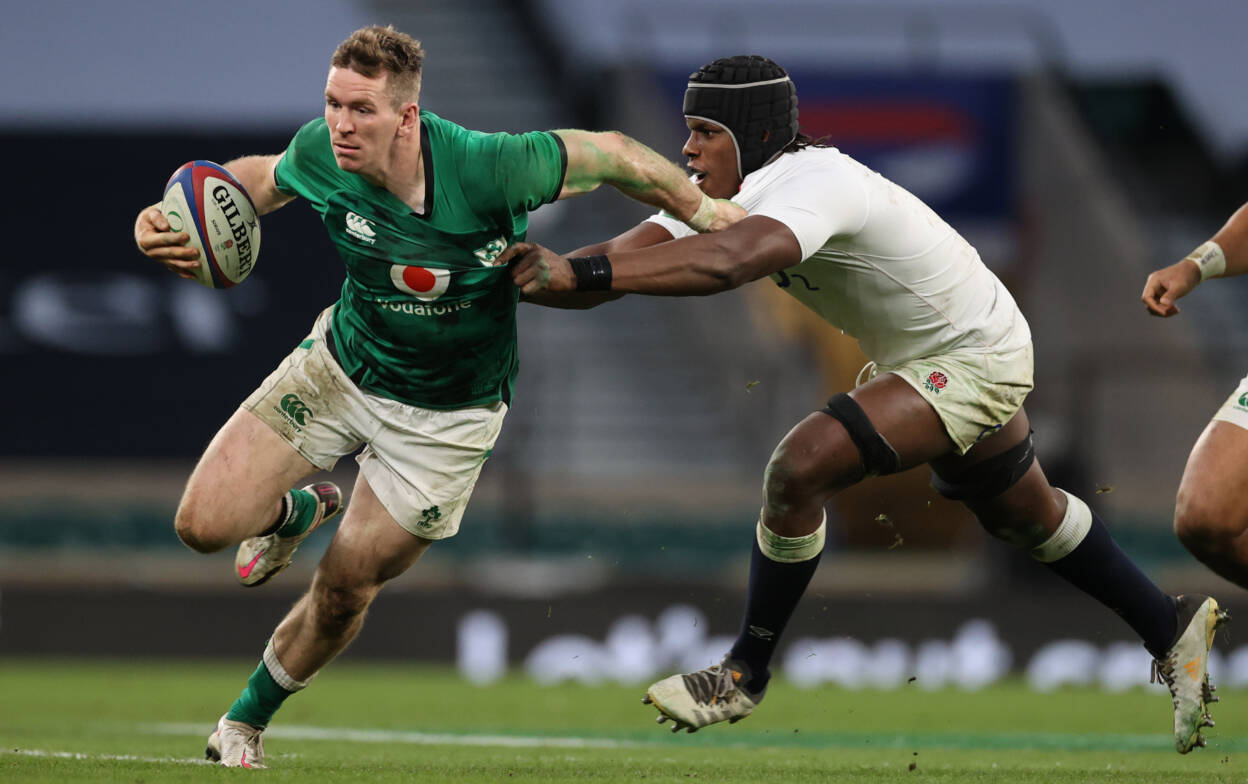 “I went to roll and then tried to get back, because I knew I was over the line to get it down but there was a hand there. You have to finish those at this level.

“You don’t get too many chances like that to get over the line against a quality team like this. We showed quite good variation in their 22 in terms of, they gave us some kick space and we took it a few times.

“Jacob’s try obviously (being one such move). I think we fronted up power-wise and carried well in that area towards the end of the game.

“For all the territory we had in the second half, for all the possession we had throughout the game, it’s hard to see how we haven’t come away with more points.” 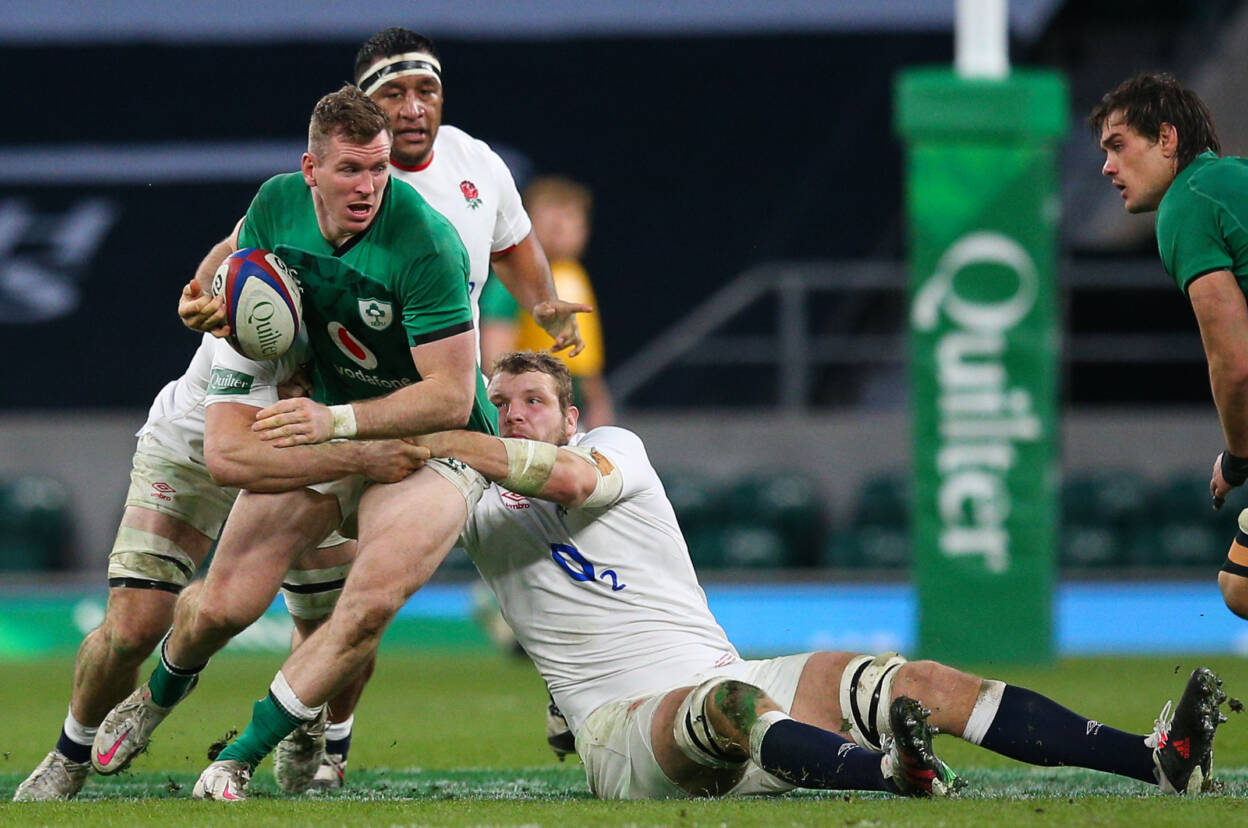 Even though he was doing his utmost to remain upbeat in the face of a frustrating 11-point defeat, Farrell readily accepted that England were the superior side on the day.

This was the first time the Tyrone native had come up against the current Six Nations champions in a Test game, and it proved to be something of an eye-opener. He added:

The one thing I felt out there is that the breakdown was phenomenal. Every time I carried, I felt like it was an absolute battle to get the ball back.

“I know the rules have made that tough, in that you can’t have too many movements on the ground now. It’s always going to be tough, but I feel like they took advantage of that massively.

“They’re so good at attacking breakdowns or as we carry, they get on the ball so quickly. That’s what I was so impressed about with them.