CJ Stander is pictured with some of the Ireland forwards, including Caelan Doris and this week's captain James Ryan ©INPHO/Dan Sheridan

Despite switching positions with Caelan Doris, CJ Stander does not foresee there being a huge difference in the way he approaches Ireland’s much-anticipated Autumn Nations Cup match against England.

In the concluding rounds of the Guinness Six Nations, Doris was selected at blindside flanker with Stander operating at number 8 – a position he has largely made his own in the past few years.

This is also, invariably, the jersey in which he lines out for Munster while all five of Doris’ post lockdown appearances for Leinster have been as a number six.

However, the Mayo-born back rower will operate from the base of the scrum this Saturday when Ireland visit the recently-crowned Six Nations champions at Twickenham (kick-off 3pm).

A potent back row is completed by Peter O’Mahony – at openside this time – and the returning Stander, who does not view it as a major transition to move from number 8 to the blindside role.

“It’s always great to be back in the starting side and to get an opportunity again,” he admitted. “We’re in as a group and just talking about the loose forwards, we’re a close-knit group of five.

“We also know we’re going to get opportunities. Not a lot changes for me. I think we’ve got unbelievable personnel on the pitch from the start and then with Will (Connors) coming on, who is going to bring a lot of energy and make a difference.

“Not a lot of change for me, it’s just literally the number on the back. I cover a few positions and so do all of them, so it’s not a big change.”

Having started all five of Ireland’s Six Nations fixtures either side of the lockdown, Stander sat out last week’s opening Guinness Series and Autumn Nations Cup win over Wales.

In his absence, the 30-year-old was impressed by the player-of-the-match performance produced by Doris, whose emergence over the past year has kept the rest of Ireland’s back rowers on their toes.

Caelan’s got good footwork. He’s got a big work-rate. At the weekend, he made the job very easy for the rest of the back row.

“It makes it competitive because we all want to play and we want to be in a group. Monday’s training, going into Tuesday and Wednesday, it’s competitive. That’s what you need.

“You want to be on your toes all the time and you don’t want to be a certainty because then you get complacent.

“He’s someone who has come into the group with a lot of energy, brought something different with his footwork and he has upped the work-rate for the whole back row. It’s great to have him.”

On the same day that Stander made his Ireland debut against South Africa in June 2016, James Ryan captained the Ireland Under-20s to an historic victory over New Zealand in the World Rugby Under-20 Championship in England.

Fast forward to the present day and the Leinster lock is set to lead Ireland senior team into battle for the first time, in place of the injured Jonathan Sexton.

Stander has been there to see Ryan establish himself as one of the main men in the Irish pack and is thrilled to see him get a chance to show his leadership qualities at Twickenham. 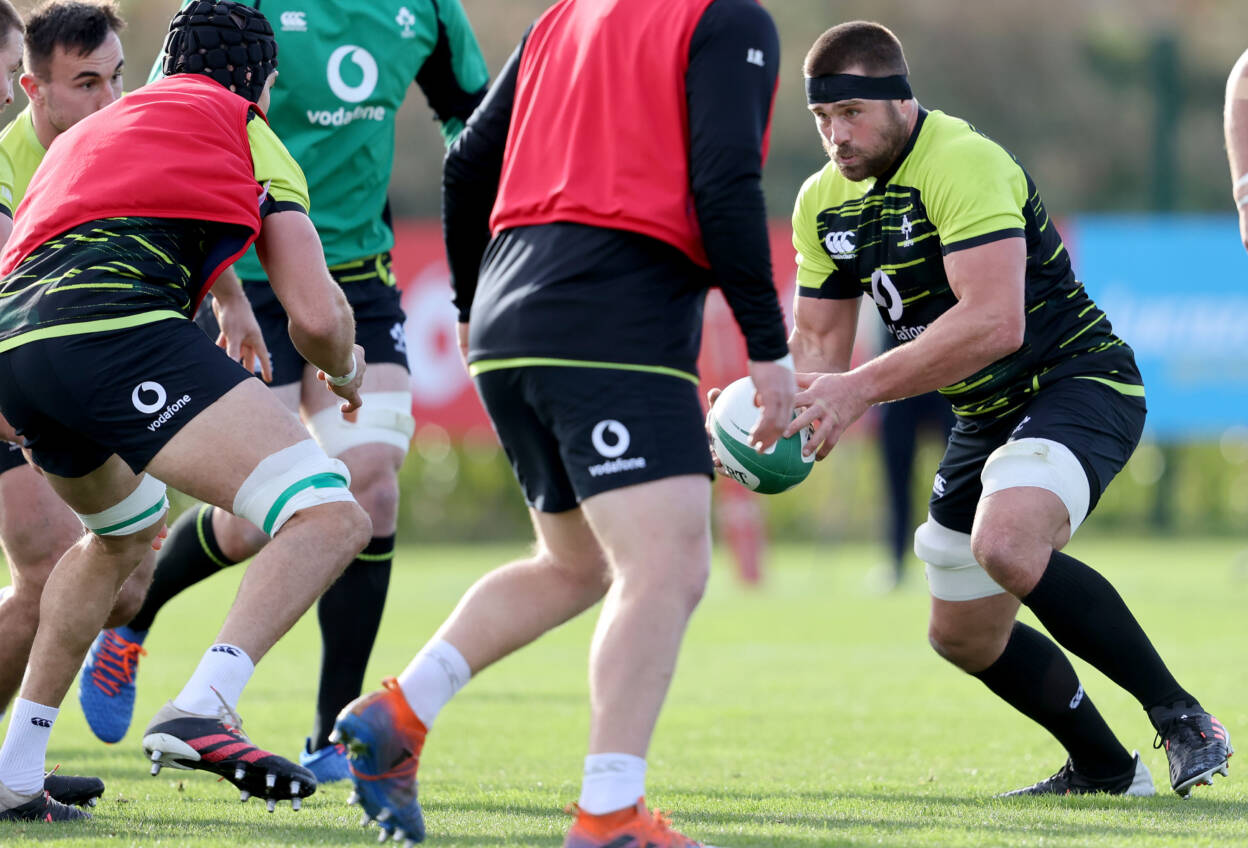 “When he came into the squad, James was someone who led by example. I think he really grew in that role. It has been great seeing him grow in the squad and in himself.

“It’s unbelievable to see the growth and he’s someone that talks at the right time. I think he’s really improved that part of it. He’s an all-round captain.

“The best thing about him, he leads the charge on the pitch by example and when he talks, people listen. I’m excited to see him with the arm band.”

If Ryan’s first outing as captain is to be a victorious one, then Stander believes Ireland will need to nail their set piece and not present England with opportunities to establish a foothold in the game.

You have to have the ball and you need to have a good set piece. I think the last few weeks we’ve improved on that.

“If you go back to Wales, we actually got a few turnovers and our set piece was doing well. If we can get our set piece going and if we can make sure we get off the line, then that gets us into the game and we can work from there.

“We’ve played against them a few times and the arm wrestle is going to come. It’s just who is going to adapt to it better in that certain time on the pitch. This game is physical anyway.

“You can’t just run out there and just try and be physical and play off sheet, because you’re going to let the team down.

“We know as a squad and as a group what we need to do out there and do to make sure we get those set pieces going. The rest will look after itself.”

Stander was one of five try scorers when Ireland defeated New Zealand for the very first time in Chicago four years ago. He was reminded of this success when watching Argentina’s own historic win over the All Blacks last Saturday. 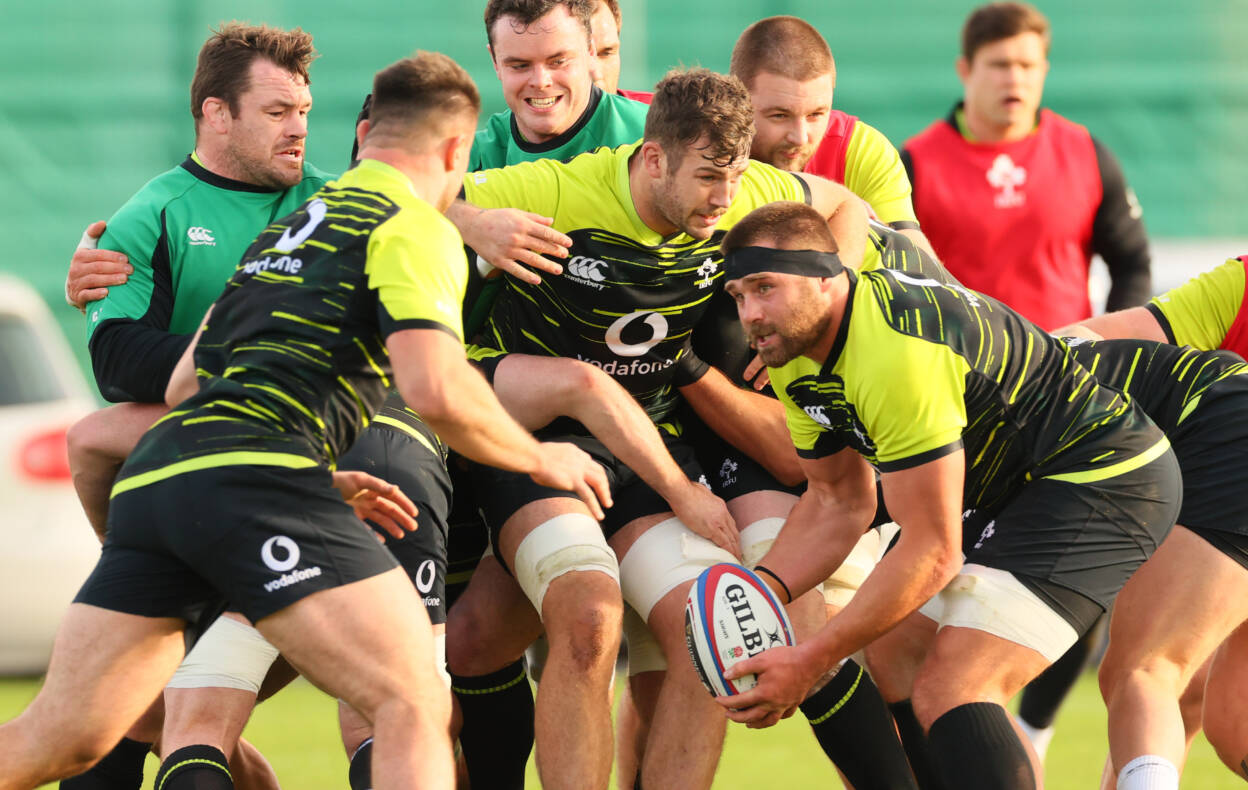 Commenting on the Pumas’ 25-15 Tri Nations Series triumph in Sydney, he added: “We watched the game. Unbelievable game to watch. It’s one of those ones you’ll remember where you were.

“We were lucky enough to play (Wales) on Friday night so we had that time to watch it on Saturday morning. The biggest thing there is just that they enjoyed playing for that jersey and for each other.

“They came out and firstly played their game. They didn’t make a lot of mistakes. I think their tackle count was up there and they didn’t have a lot of missed tackles.

“That makes a big difference and you can see they really did want to be in that jersey and they wanted to play for each other. We’ve looked at that game as individuals and we’ve spoken about in small groups about that victory.

“Because when we played New Zealand, I think cohesiveness against a team like that is important. Going on to this weekend again, we’ve got to just control our job and control our group and what we can do.”