Iain Henderson has praised the leadership and playing qualities of Welsh great Alun Wyn Jones ahead of Ireland’s opening Guinness Series clash at the Aviva Stadium.

Doubling up as the Autumn Nations Cup opener, Friday’s Celtic derby (kick-off 7pm) will be broadcast live on RTÉ 2 and Channel 4.

Having overtaken Richie McCaw as the most-capped international player of all-time, last time out against Scotland, Jones is set to extend this record when the Welsh take on Andy Farrell’s Ireland.

Henderson was very close to the Wales captain during the 2017 Lions tour of New Zealand, and while he developed a strong bond with him off the pitch, he remains a ferocious adversary on it.

“I roomed with him on the Lions tour. He’s a great lad. He was insightful in almost everything you chat to him about. I really don’t like playing against him,” admitted Henderson.

It’s probably one of his biggest talents. I think when players don’t like playing against other players, it’s almost a compliment to the type of player that they are. He obviously adds a fair bit of oomph, if you like, to their pack.

“He’s an absolute pest when it comes to breakdown and maul time. The scrum generally looks a bit stronger when he’s in behind there.

“In terms of the charisma he brings to the team, obviously he’s captained them a lot. Has a lot of leadership qualities, which you see coming out. Not only for Wales and Ospreys, but you saw it coming out for the British & Irish Lions.

“Those are the things that he brings and trying to negate that is difficult, because he’s a relatively resilient character. He will continue to bring that, irrespective of how the game is going for them.

“I don’t enjoy playing against him for that sort of reason, but it’s good to catch up with him after games too.”

Now free to play after a recent three-week suspension, Henderson is itching to get himself back in this Ireland team. If he is selected for Friday’s fixture, he will more than likely be joining forces with James Ryan in the second row.

The Ulster skipper combined with Ryan during the opening two rounds of the 2020 Guinness Six Nations – including a 24-14 round two win over Wales – and is eager for them to renew their double act. 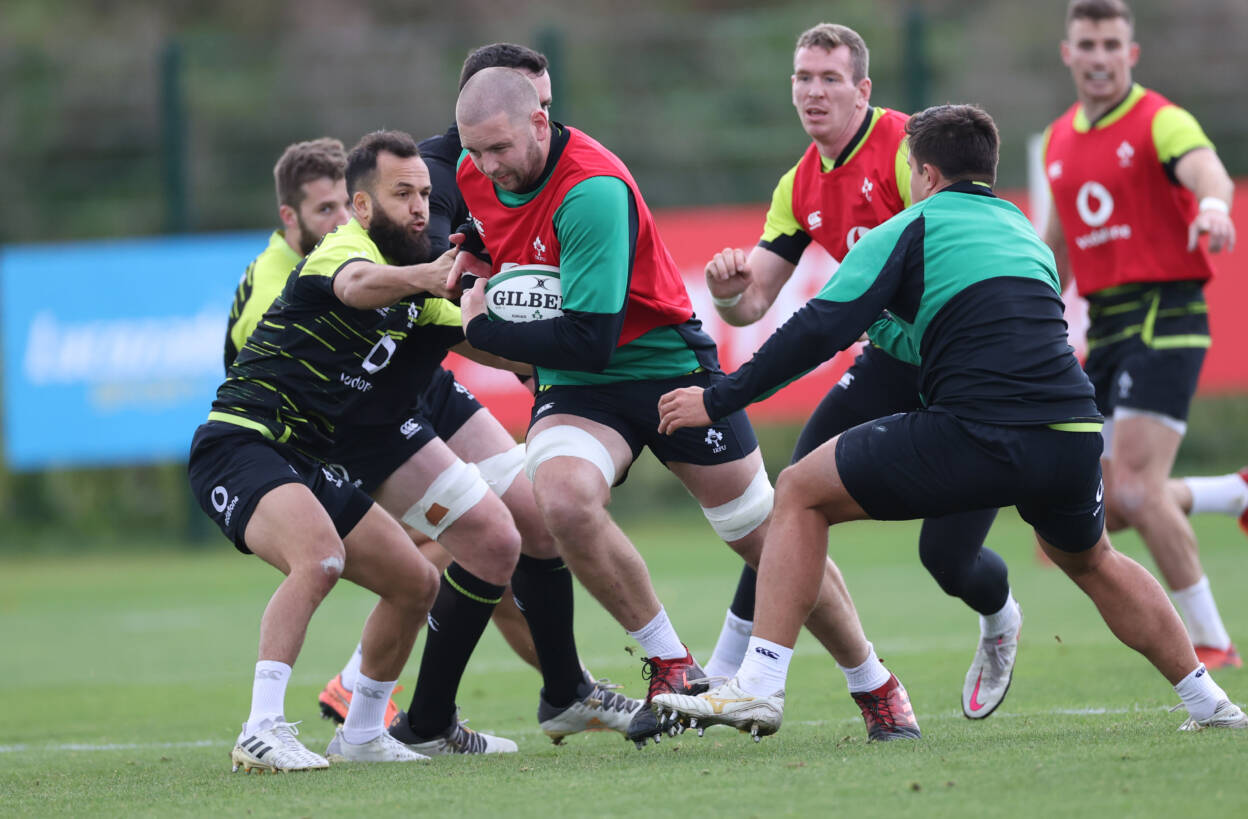 “I would say ‘Cheese’ (Ryan) and I have a great relationship together. He’s a good friend. We would chat not only throughout camps, we’d chat outside of camps too. We get on the same page together.

“We’d chat a lot about not just lineout, but scrum and phase play outside of that too. I’d say we have a very good working relationship together.

“Something that I wanted to see get better and better, and get closer as times goes on. I think the more Tests we end up getting together, the better we’ll start working together.

“I’m excited about what we’re going to hopefully achieve together in whatever career I’ve got left. Hopefully we can make each other better for it.”

Nonetheless, Ryan and Henderson are by no means the only options available to head coach Farrell. Tadhg Beirne donned the number four jersey in Henderson’s absence against both Italy and France, while Connacht duo Ultan Dillane and Quinn Roux are also pressing to be involved.

As intense as the competition is for the two lock positions, Henderson acknowledged that the current quintet in camp are always working towards a common goal.

We work well together. There’s a good healthy relationship between us all, but at the same time the competition is really high. It’s good to see guys prepping each other well.

“Quinn and Ultan are doing a cracking job prepping Cheese for those last couple of games. I was trying to help out as best as I could, even though I wasn’t up for selection.

“Tadhg Beirne as well, doing so well in there with big James Ryan. As a unit, there’s five of us in here at the minute. We’re working really well together. I think we feed off each other quite well and come selection, everyone is behind the two that are starting.”

Despite the disappointment of losing to France in Paris last Saturday week, Henderson maintains confidence is high within the camp. He senses a general excitement to get out on the training pitch and put into practice their plans for the inaugural Autumn Nations Cup. 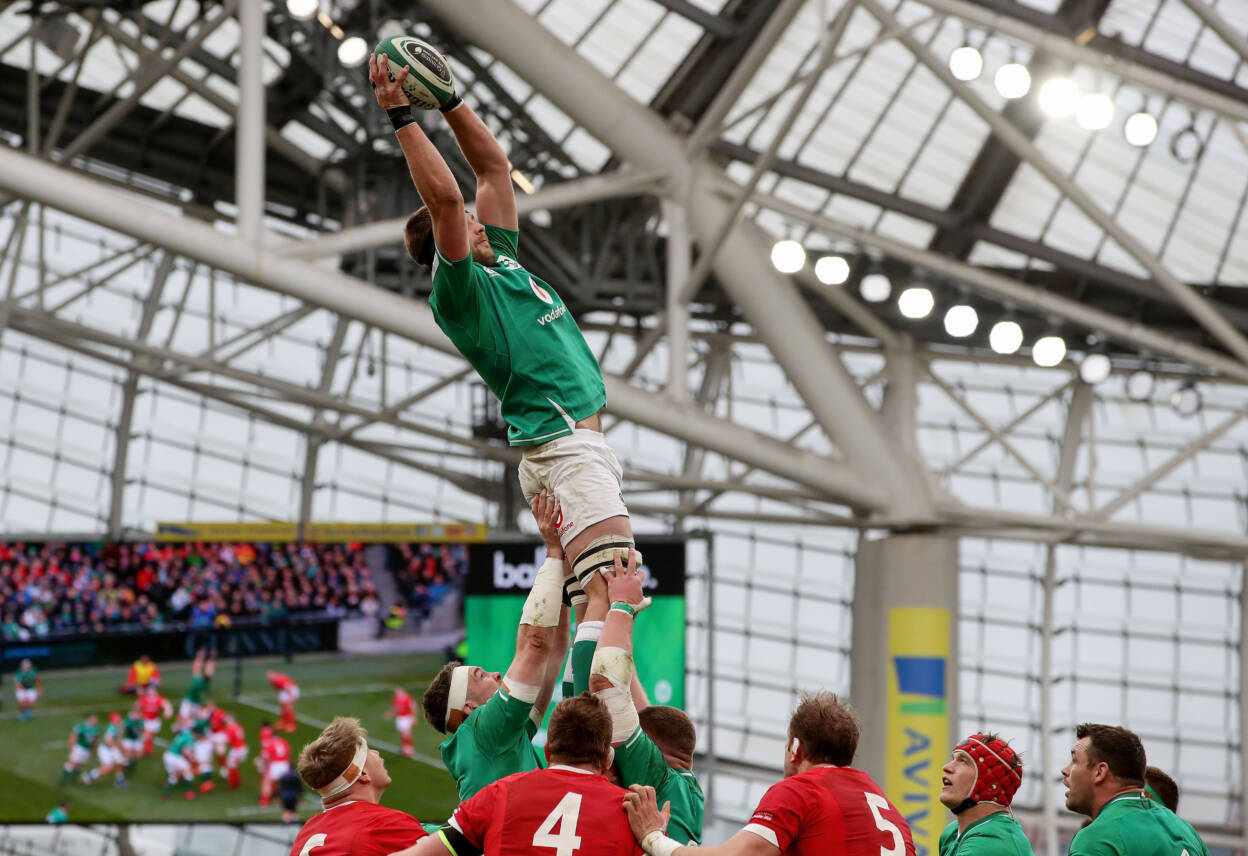 “The excitement we have going into training and going into games is massive. It’s probably one of the best things about this squad.

We’re going out to the pitch and we’re excited to be training, which brings enjoyment. That’s massive and essential to a team.

“At the minute, everyone is really buzzing to play, buzzing to train. Enjoying the atmosphere, the environment of being around each other.

“That’s something that has been a massive driver. We’re feeding off each other and competition is adding to that too.”