Andrew Porter is confident Ireland can learn from the errors that led to their downfall against France when they return to the Aviva Stadium for the start of the Guinness Series.

Following 11 straight appearances off the bench between August 2019 and last February, the 24-year-old Porter has made two consecutive starts at tighthead prop in recent weeks.

Having played 63 minutes of the bonus point win over Italy on October 24, he was on the pitch for 69 minutes of Ireland’s chastening 35-27 final round defeat to France seven days later.

While there were some frustrating mistakes by Andy Farrell’s men in the title decider, the Leinster prop is confident they will not repeat them against Wales. Speaking from Ireland’s training base, he said:

It’s a great opportunity for us to almost start from scratch really. It’s obviously a new competition so it’s a lot to play for as well. We know our opposition that we’re coming up against and we know how good they will be.

“We’re really pushing our standards, especially this week and for the following weeks coming up as well. It’s a huge opportunity for us.

“That’s something we’re looking to push forward in terms of this week and, like I said, for the following weeks leading up to the other games as well. It’s fine margins really. That’s what we’ve been really trying to fix up in terms of our preparation now.”

Without wishing to hone in on his own performance, Porter felt Ireland, as a team, did not quite get it right in Paris last Saturday week. 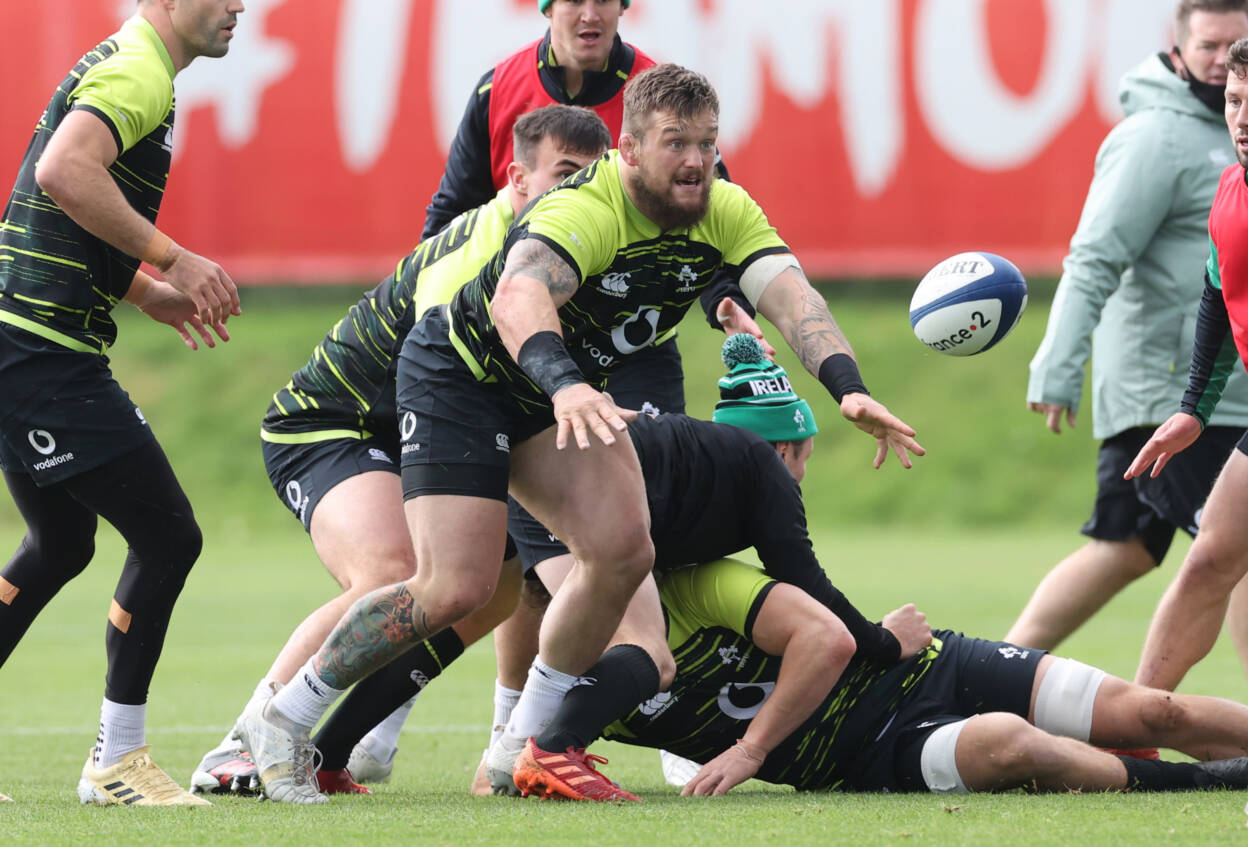 “It’s tough to judge yourself individually off those kinds of games because obviously it’s a 15-man effort. There was a few things I wasn’t happy with in terms of my individual performance and you’re your own harshest critic.

“I looked on it as a whole and it felt like things didn’t really click. Like I said, it was just small mistakes that cost us. It’s the fine margins again, the small little things in games like that.

“I didn’t really put it down to individual, I wasn’t really looking at myself. It’s a team sport so you’re looking at it as a collective more than anything.”

Instead of reflecting on how it unravelled against a vastly-improving French team, Porter’s focus is on retaining his starting place in the Irish front row for the third game in succession.

He is expecting a stern test from the Welsh, who Porter sees as being similar in stature to their most recent Six Nations opponents.

Wales are a very proud team. Once they pull on that jersey, they’re almost a different animal than what you’re playing in the PRO14. It’s a huge challenge for us.

“We know how dangerous they can be in terms of the players they have and the skill-set that they have. It’s a huge opportunity for us, but we’re going to need a huge performance this week.

“Like France, Wales are a very physical team. The players they have, it’s going to be like a war of attrition really. We know how dangerous their pack are and how strong they can be.

“It’s going to be won in the trenches there and they’ll put it up to us definitely. It’s going to be a game where we’re going to have to show up on the day and put in a huge performance.”

Given the Autumn Nations Cup is being held as a substitute for the November internationals that normally take place during a non-Rugby World Cup year, there is a sense that it could prove to be a one-off tournament. 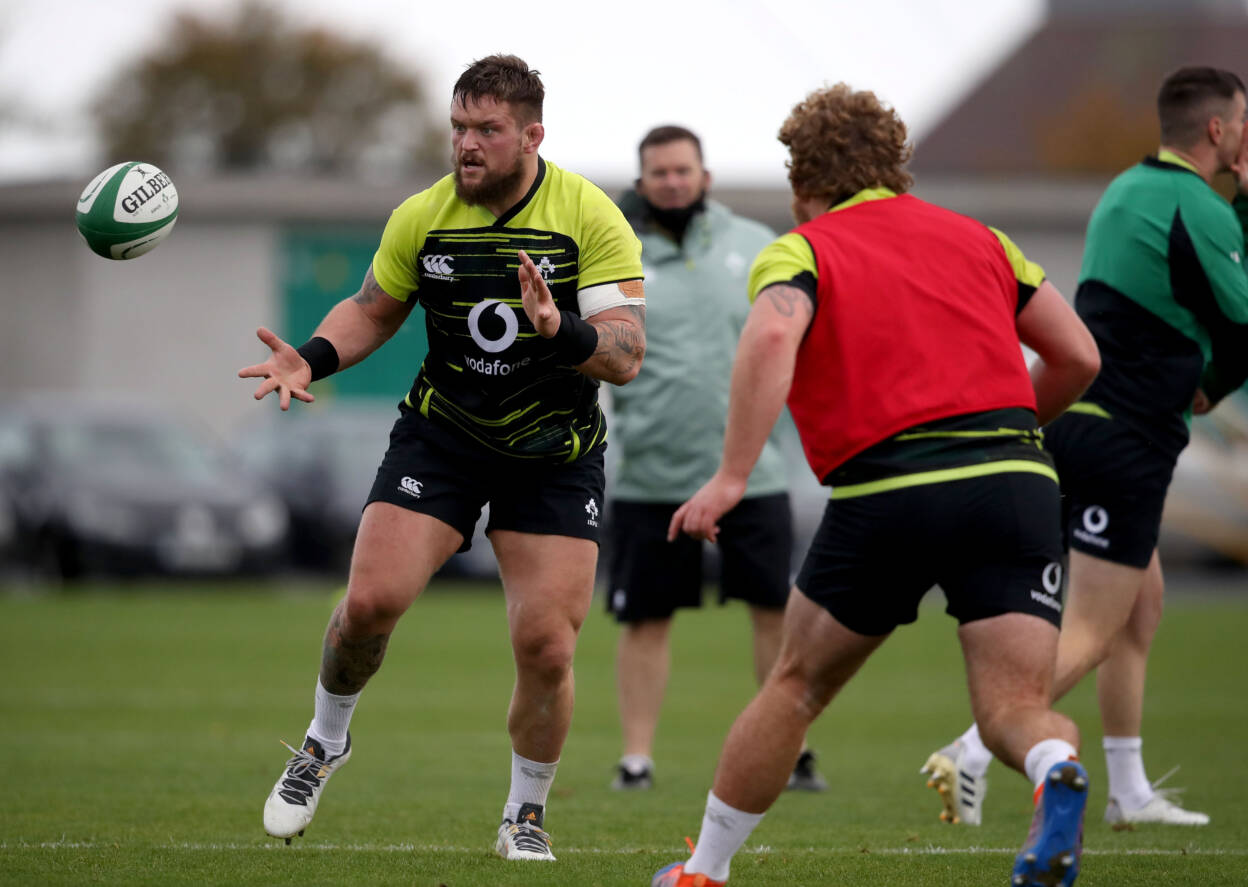 Therefore, it may well offer Farrell and his fellow coaches the incentive to prioritise performances over results. Yet, Porter is adamant the best way for Ireland to show progress on Friday night is by beating Wales for the second time in 2020.

“At international level it’s Test rugby. It has to be treated like a cup game. It’s a huge competition for us and it’s a great opportunity as well.

“We would have had to wait until February for the next Six Nations for another chance at these kinds of games. It’s really exciting times now, especially given the times we’re in.

“We’ve become closer because of that. Like I said, a win is the only thing that will help us progress. That’s what we’re really looking for this week.”