Jonathan Sexton is set to play his 100th Test match next time out, with 93 caps so far for Ireland and six with the British & Irish Lions ©INPHO/Billy Stickland

Ireland captain Jonathan Sexton has stressed that the squad will be going into the Guinness Series and Autumn Nations Cup with the intention of winning every game.

The inaugural Autumn Nations Cup is being held as an alternative to the November internationals that normally take place in a non-Rugby World Cup year. Ireland kick off their Group A campaign at home to Wales tomorrow week.

This will be followed by a visit to newly-crowned Six Nations champions England on Saturday, November 21, before Georgia come to the Aviva Stadium eight days later.

A third home match also awaits Andy Farrell’s charges on Saturday, December 5, with results in the pool stages to determine who their opponents will be.

Speaking from the IRFU’s High Performance Centre today, Sexton said: “Of course, every time you play for Ireland you want to win and you want to play well. That’s where our focus will be.

We want to win and there’s going to be pressure on us to win. I’m very much looking forward to the campaign ahead and I think ultimately we need to improve. We’re a new team.

“We finished third in the Six Nations and that’s probably a fair reflection of our performances. I felt at times against France we could have been much more ruthless.

“We could have shown much more intent, especially in that first half. It was like we were playing within ourselves a little bit in terms of just going after the game. That was the disappointing thing.”

Indeed, Sexton’s description of Ireland as ‘a new team’ is one of the reasons why he believes it is not fair to draw comparisons between Ireland’s form in the recent Six Nations campaign and their Grand Slam-winning run of 2018.

While many players remain in the set-up, 12 members of the matchday 23 from last Saturday’s defeat to France did not feature in that unbeaten march to Championship glory two years ago. 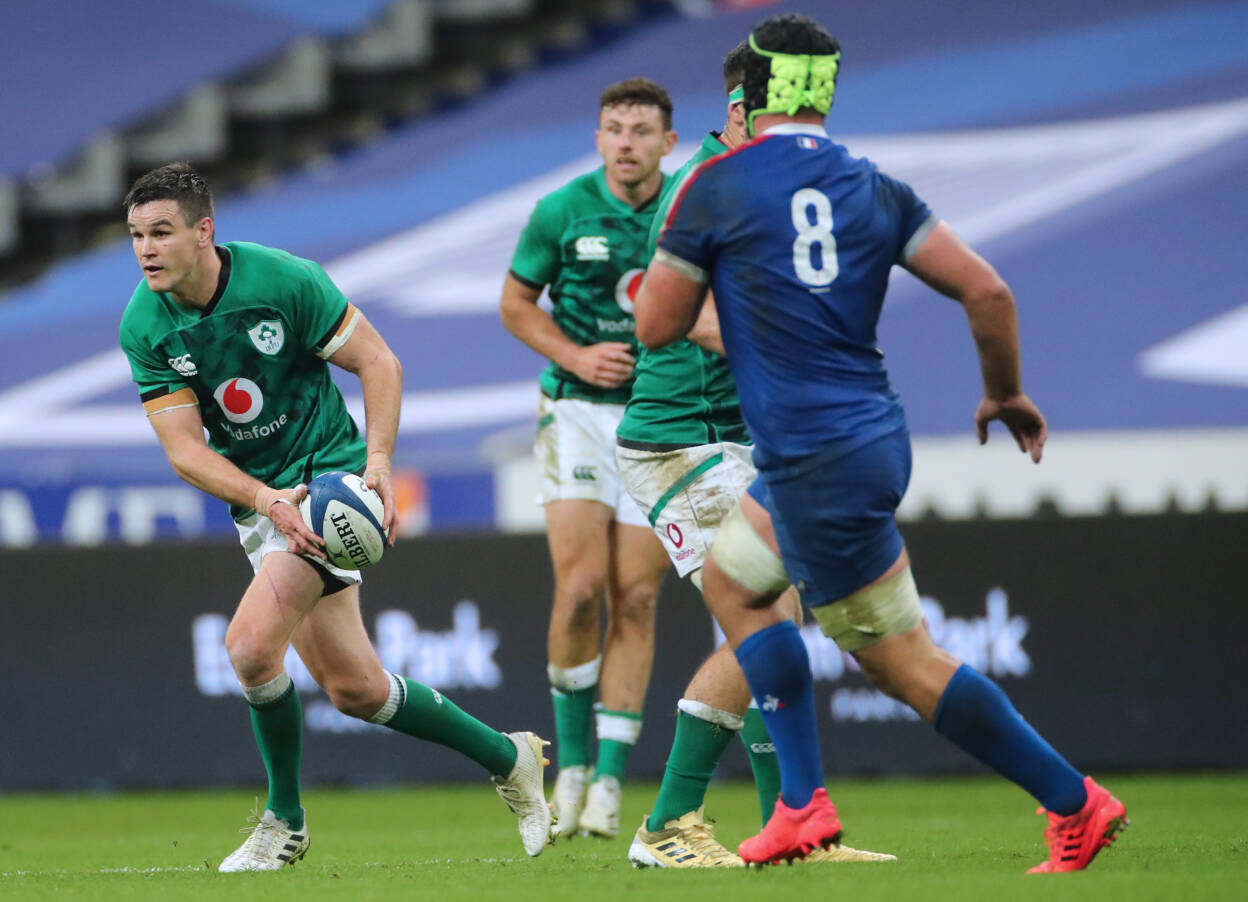 “This is a very different team. Different coaches, different personnel. Obviously we’re the same country, but we’re trying to move forward. For us, we’re a new team. This is us.

“2020, we started off as a fresh new team. We won three out of five games and that’s where we’re at. Now we need to move forward.

“We need to look at that journey as the start. Is it where we want to be? No, but we are confident that we can improve and move forward. Hopefully we’ll see that over the next few games and on to next year’s Six Nations.”

If they are to scale the same heights as the class of 2018, there are two things Sexton sees as vital ingredients – consistency and ruthlessness.

There’s lots of things in every part of our game. I think the consistency is one. Being a bit more ruthless. We had plenty of chances against France.

“I think we spent close to five minutes in the game in their 22. To come away with not a lot is very disappointing. I think they might have had a minute in ours and they got tries from nothing really.

“Some brilliant pieces of play by them, some mistakes by us. The chances are there and we just need to become a ruthless team and go for them. Even that moment before half-time, a ruthless team scores there and the game can totally change.

“The whole way the second half pans out can totally change, but they’re the small things that champion sides do and we’re not there at the moment.”

During his latest press conference as Ireland skipper, Sexton also addressed his reaction to being replaced with 11 minutes remaining in the 35-27 final round loss to les Bleus.

It was the subject of some debate in the media in the days that followed, but Sexton revealed he has since issued an apology to head coach Farrell and acknowledged he has taken a valuable lesson from the situation. 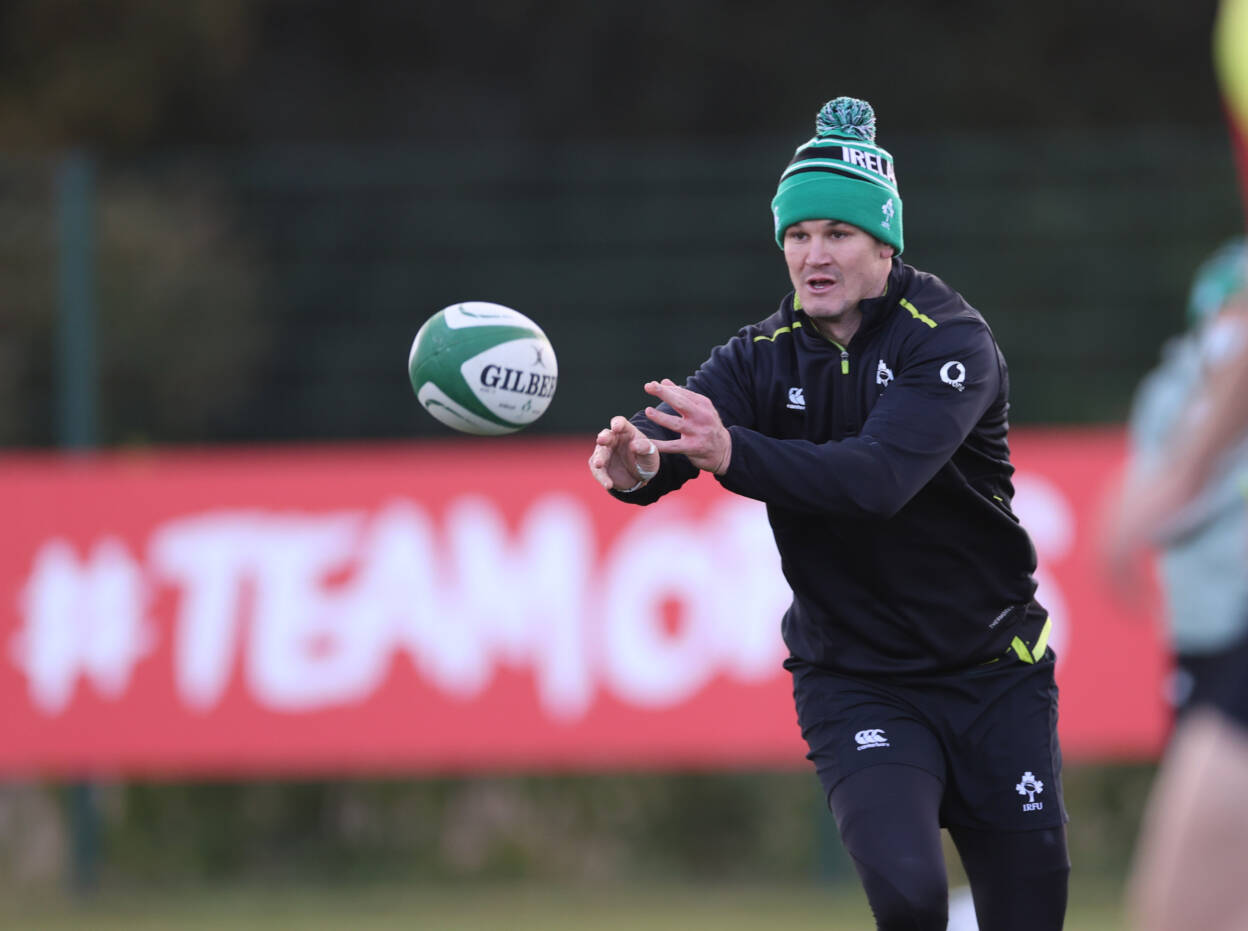 “Disappointed in myself with the reaction to a certain extent. Obviously if I’d known the stories it was going to create and the way that it has been perceived, I obviously wouldn’t have done it.

“But you’ve got to take it from my point of view. It was in the heat of the moment. It’s up there with the biggest games I’ve played in as captain.

“Obviously it’s a low point and I reacted in a bad way for a split second. That’s it really. That’s all I can say really.

“I spoke to Andy after the game and I spoke to him on Sunday when I realised it was such a big thing. We sorted things out. I apologised and said, ‘look, it shouldn’t have happened. It did. It was a split second and I obviously let myself down in that regard’.

“You learn and you move on really. I suppose it’s not the first apology I’ve made in my career and it won’t be the last probably.

“We’ll move on, thankfully. We’ve got a good relationship (as coach and captain) and there’s no problems going forward.”