Ireland head coach Andy Farrell is excited to see how James Lowe adapts to the international stage in the coming weeks.

Having trained with the squad ahead of their recent games against Italy and France, the Leinster winger is finally eligible to line out for Ireland under World Rugby’s residency rules.

Since scoring a brace of tries against Benetton Rugby on his debut for the province in 2017, Lowe has been one of their most consistent performers.

To date, the New Zealand-born back has scored 33 tries in 49 appearances and established himself as a key player for Leo Cullen’s men.

He is now in line to win his first Ireland cap at the Aviva Stadium tomorrow week when Farrell’s side entertain Wales in their Guinness Series and Autumn Nation Cup opener. Farrell said:

I’m as keen as everyone to see how James goes at the international level. It is a different level, but we’ve seen the potential of what he shows for Leinster and how he has fitted into life in Ireland.

We’ll see whether that transfers or not onto the international scene, I suppose. If you were a betting man, you’d be pretty excited about seeing him play and doing well.”

Lowe is one of three uncapped players in the 34-man Ireland squad for this new tournament, the others being Munster’s Shane Daly and Ulster out-half Billy Burns. 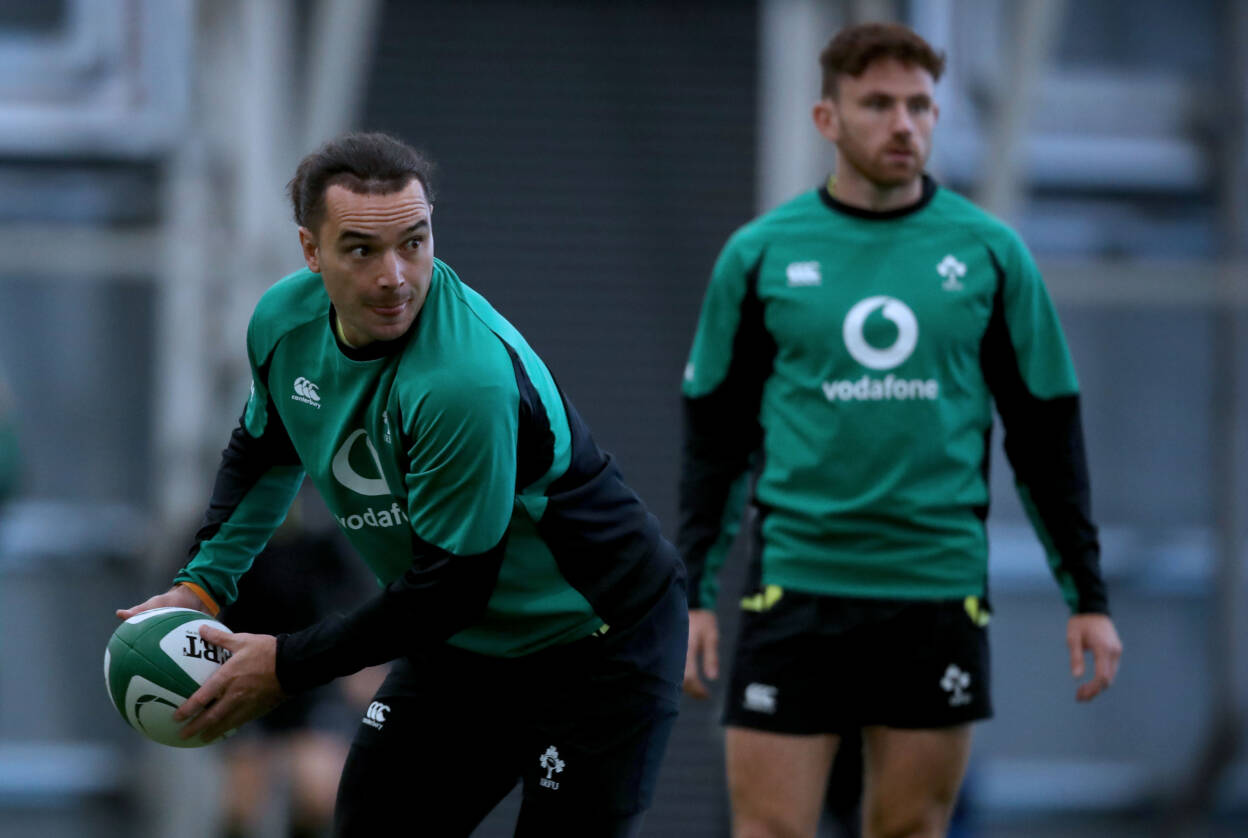 Whereas Daly has been in the set-up for the past few weeks, Burns returns to the fold having spent time with the squad for the opening three rounds of the Guinness Six Nations in the spring.

Fully recovered from a calf injury, the 26-year-old was back in action for Ulster against Cardiff Blues last Monday and his impressive performance in Newport did not go unnoticed.

“Obviously Billy spent some time with us at the start of the Six Nations before we went into lockdown. He never really got an opportunity, but we were very impressed with what we saw of his skill-set and his game understanding in and around the team.

“He fitted in really well back then. At the start of us coming back after lockdown, into the remaining games of the Six Nations, he wasn’t fit.

“He had a calf problem there and he’s been working away to get back fit. We watched his game the other night against Cardiff and we thought he just deserved that opportunity to come back in and meet back up with the team.”

Burns’ Ulster colleague Jacob Stockdale is eager to keep on improving in the full-back position, ironing out the errors from the France match and building on his 17th international try which came late on in Paris.

While Stockdale has acknowledged there are areas of his game that he needs to sharpen up, Farrell said today that the Lurgan clubman continues to be an important asset to the team.

There’s one thing for sure, I know what Jacob is and that’s a dangerous player. His form against Italy everyone was raving about and there’s one or two things he talked about, the fundamentals of his game etc., that he needed to pick up.

In the aftermath of the 35-27 defeat to les Bleus, Farrell spoke extensively about needing to build up the levels of belief within the squad.

Expanding on that point, the former rugby league star expressed his desire for Ireland to take control of games and ultimately dictate the terms of engagement.

He added: “As far as the belief part, people were a little bit confused about what I said after the game. They were thinking, have I got both halves wrong.

“Of course the errors in the second half weren’t great, but I just thought to be the side that we potentially want to be, we’ve got to have a different shift in mindset. Going to Paris, everyone said it was going to be tough.

Everyone said it was going to be hard. Nobody really gave us a hope to go there in the first place, but we had enough opportunities in the first half.

“If we had the mindset and the ruthless mindset to take those opportunities, I thought we could have been 10 points up at half-time and that’s where I want us to be.

“I don’t want us to shy away from that. I want us to be that team that goes for games and says, ‘you have to live with us’.

“I don’t want us to dip our toe in the water, coming in at half-time and think, ‘we’re in this game’. We need more than that, because again that’s potentially where we want to be.”