Although there will be an unexpected fourth fixture in Dublin against France next Sunday, a 21-7 victory at the expense of Italy helped them to gain revenge for last year’s 29-27 defeat to the Azzurre in Parma.

Adam Griggs’ side ended up fifth in the 2019 Championship with just one win to their name, but are well on course for a higher finish in this season’s tournament. In her post-match interview, Griffin said:

We targeted, at the start of the Six Nations, three home wins. We got that target, which is good for us. Obviously after such a long break, you’re going to get some rustiness and everything, but we’re delighted to get a win at home.

“We put some good phases together. There’s also parts we can improve on, but they’re all fixable which is the great thing. As you saw, we absorbed a lot of pressure in the first 20 (minutes) and we held solid for a lot of it.

“Which is a lot for us to take, in terms of our defensive structure. As the match went on, we got a better feel of it and you could see that. That’s going to stand to us now for next week as well.”

Speaking of which, rather than having to travel to Lille next weekend, Ireland will stay in Dublin for their final round encounter with France. Faced with the prospect of having to self-isolate for 14 days after returning to these shores, there was uncertainty surrounding the Ireland squad’s ability to even fulfil this fixture. 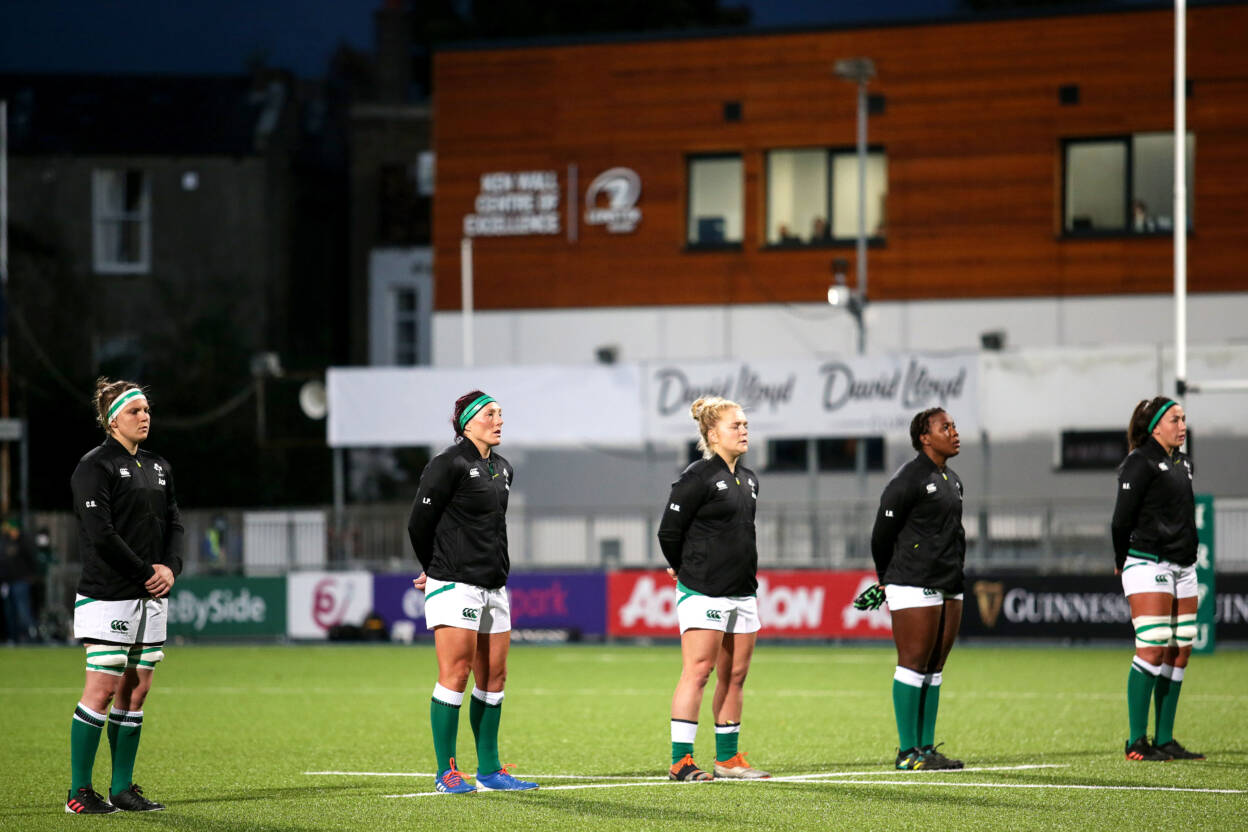 With a number of players working in healthcare and education – Griffin herself is a school teacher in her native Tralee – this is something that would have presented a significant challenge for Ireland and indeed the IRFU.

Given the French do not face the same requirements on their return – les Bleues played Scotland in Glasgow today – they have agreed to give up home advantage in order to get the game played in a timely manner.

Griffin is very grateful for this gesture and is understandably champing at the bit to have another home game to look forward to.

“I think it shows massive sportsmanship, to be honest. The French are great players, but I think what they really showed us is the value rugby has, the integrity of rugby and, I suppose, the rugby community.

“The bond that is there, even though it’s different nations. Fair play to France, massive sportsmanship, and we can’t wait to play them.”

When they sit down to review last night’s Six Nations restart, Ireland will recognise there is substantial scope for improvement ahead of their latest duel with France.

The Ireland Women last tasted victory over the French back in 2013, with Claire Molloy and Larissa Muldoon the only players from that showdown in Ashbourne still involved in the current set-up.

For Griffin, the biggest positive to take from the Italian game is the defensive shift produced by her team-mates. This was even in evidence during the opening 15 minutes when the Azzurre were at their most threatening.

“We knew they’d come after us straight away. They’d come out of the gate firing. We knew they’d give that pressure. At times I think we took the pressure instead of giving it to them. That’s something for us to work on, but it was some buzz in terms of when you saw our defensive line working.

“We were solid, we had that wall and it just felt comfortable. That for me was a massive thing to take from that first 15. From then we put the foot down and kept playing at our tempo and showing how we can play.”

Either side of Griffin in the back row, there were two players at very different stages in their respective rugby careers. On the openside, Molloy picked up her 70th international cap – her most recent one before that coming in a final round defeat to Wales in the 2019 Championship.

She is now back in the fold after a lengthy sabbatical due to her work as a doctor in Cardiff, and the Galway woman marked her return to Test rugby with a try and a player-of-the-match performance. 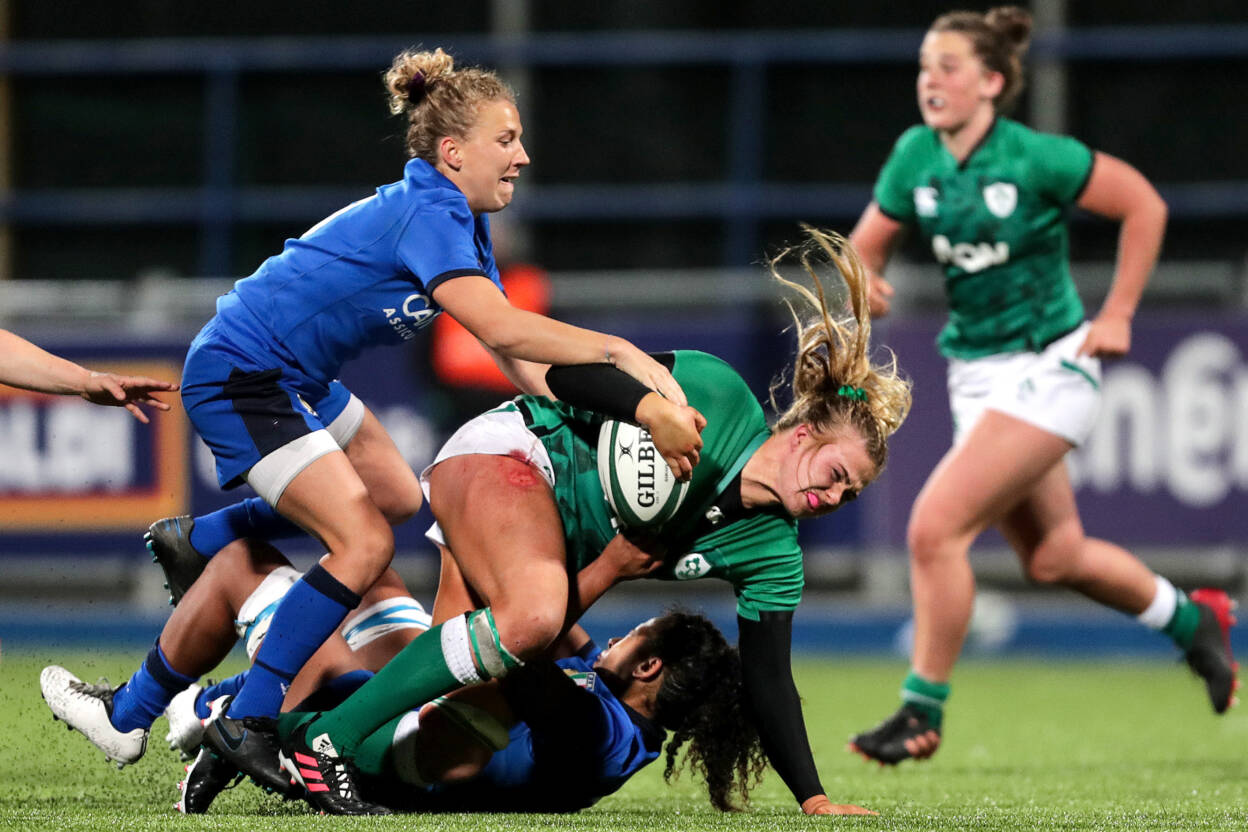 On the blindside, 20-year-old Fethard native Dorothy Wall made her first Ireland start following three impressive cameos off the bench. Acknowledging the qualities of her team-mates, Griffin spoke about the inspiration that Molloy provides and noted the rapid development of her Munster colleague Wall.

It’s always good to have Molloy. 70 caps, massive experience. She’s a workhorse and a unit. It’s great to have her back, she pushes standards as well. Not bad coming back and getting a woman-of-the-match performance.

“She’s back with a bang. Molloy is a fountain of knowledge and a mountain of knowledge. To have that in any squad and any back row is great. Like myself, I’ll always take information from Molloy as well. Like any players in this squad. Doesn’t just have to be a back rower.

“Dorothy, she stood up today. I thought she had a brilliant performance. She showed great tenacity in the number six jersey. She wore it well and she wore it with pride. Really proud of that squad.”