For the first time since 2001, Ireland will play a Six Nations game in October at the Lansdowne Road venue with Italy providing the opposition in a delayed fourth round contest. 19 years ago, Catt was part of an English team that lost 20-14 to their fired-up Irish opponents.

Although Clive Woodward’s charges missed out on a Grand Slam, they did at least come away with their second successive Six Nations title. While the clean sweep is out of reach for Ireland in 2020, a brace of bonus point victories in the final two rounds would guarantee them a fourth Championship crown in just seven seasons.

“That’s the exciting part of it,” remaked Catt at the Captain’s Run today. “How quickly as a group of coaches can we get these players to gel? That’s the challenge we’ve had. What we’ve seen and how we’ve done it – how we’ve implemented and how the players have jumped on board – has been very impressive.

“I think we really want to see a want from every single player – what it really means to wear that Ireland jersey. I think it’s huge. The privilege that they’ve got to put that jersey on tomorrow, especially in the circumstances we’re in.”

Having waited so long for an international Test, each player in the matchday 23 will be itching to get Ireland’s Six Nations campaign back on track. For four squad members in particular, it will be a landmark occasion in their respective rugby careers.

Hugo Keenan and Will Connors are set to make their senior international debuts on the right wing and at openside flanker respectively, while the uncapped duo of Ed Byrne and Jamison Gibson-Park are also in line for the competitive bows off the bench.

From Catt’s perspective, the quartet’s inclusion is just reward for their impressive provincial form with Leinster since rugby’s restart in August.

All of them have settled in very, very well. I think it’s an environment where they can come in and fit in and be themselves. Andy (Farrell) has very much created that and really drives that side of it.

“He’s settled in very, very well. I see huge things for him, he’s got a huge future. Very excited about ‘Jammer’ (Jamison Gibson-Park) as well and the way we want to play at nine. He’s exceptionally quick to every breakdown. He gets the ball away, gives us the width on the pass as well.

“Will and Ed have obviously played very well for Leinster. Will has been that amazing chop tackler, that has given blokes opportunities around him to actually get on that ball. Again, his work-rate is relentless. For us, these young guys coming in, first cappers, are going to be the ones that drive this team as well.”

As Catt rightly points out, Connors’ tackling technique has helped to elevate his standing within a Leinster squad that has no fewer than nine senior back rowers. Following sporadic opportunities in the previous two seasons, the Kildare man made 15 appearances in 2019/20 – 11 of them in the number seven shirt.

Yet, Catt is adamant there is a lot more to his game and feels this will become evident over the course of the next few weeks. 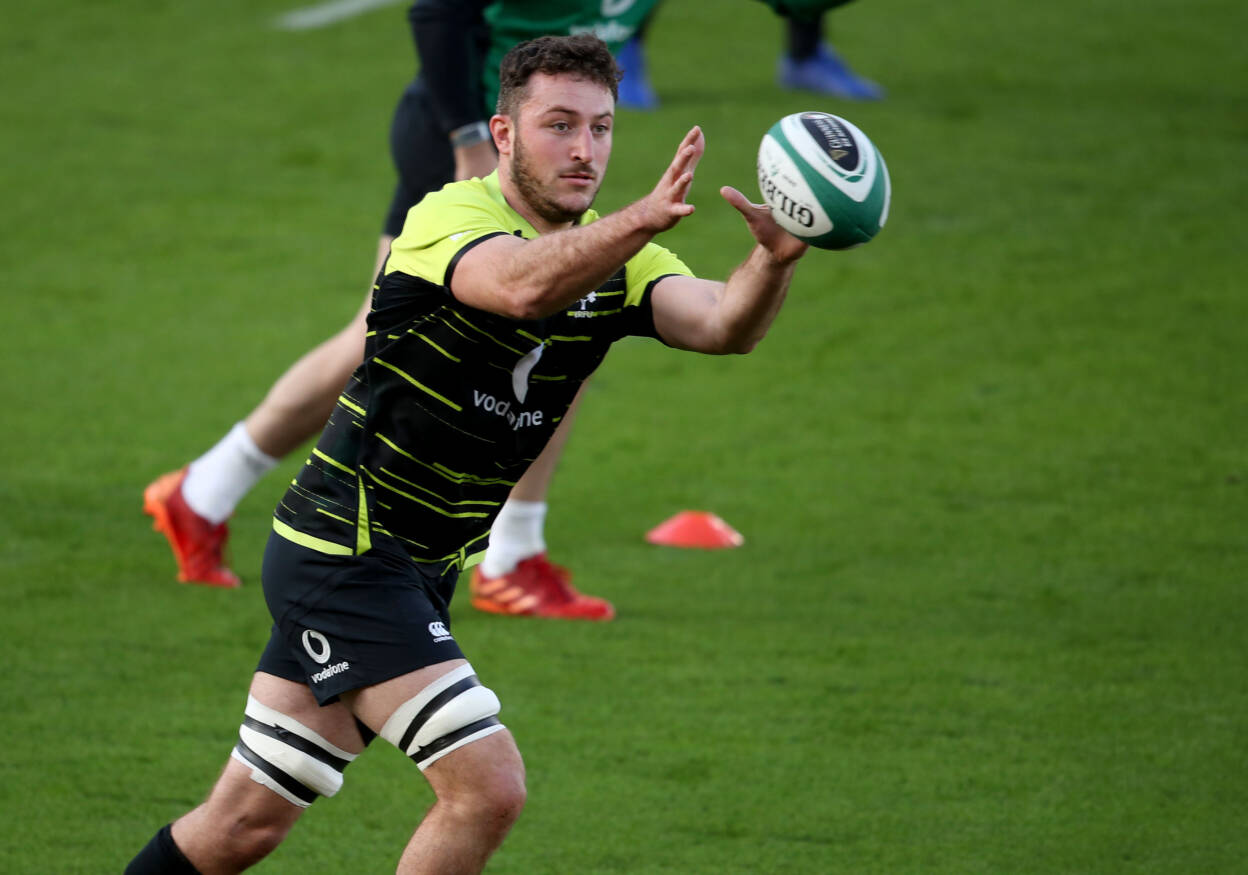 “I think Will is very underrated in terms of his handling ability. It has never really been used with the Leinster way (of playing). Again, he’s exceptionally quick at the breakdown. Not just defensively, but attacking wise too. He’s got a real understanding of the game.

“He’s a good ball carrier, he generates quick ball pretty much every time he carries with his low steps and his drives through the tackle. For us, we don’t just see him as a chop tackler. He fits into the way we want the game to be played and he has been exceptional for Leinster at that.”

In the lead-up to tomorrow’s game, the Ireland squad have found themselves in a much-changed environment to the one encountered during the spring.

Away from the training ground, they have been adhering to the protocols and restrictions laid out by the IRFU – which are very much in line with the Irish Government’s current plan to deal with the spread of Covid-19 across the nation.

Instead of lamenting their present circumstances, Catt and the rest of the Ireland camp are thrilled they can get on with the job at hand.

We can sit here and moan, but we’re in a very privileged position to be out there and be able to play or train. The bubble, it is what it is. It’s what we have to do to get ourselves ready to perform and hopefully give a little bit of confidence to the rest of the country.

“Really drive our message, give something for people to smile about. It’s tough across the board, but believe me we’re not moaning in camp. It’s been exceptionally well done.

“The players have been very disciplined in what they need to do to make sure that nothing goes wrong. Hopefully we can put on a performance for the nation tomorrow.”

Given he spent the guts of three years as their attack specialist – working alongside Irishmen Conor O’Shea and Stephen Aboud – Catt is better placed than anyone to assess the challenge Italy are likely to offer up. 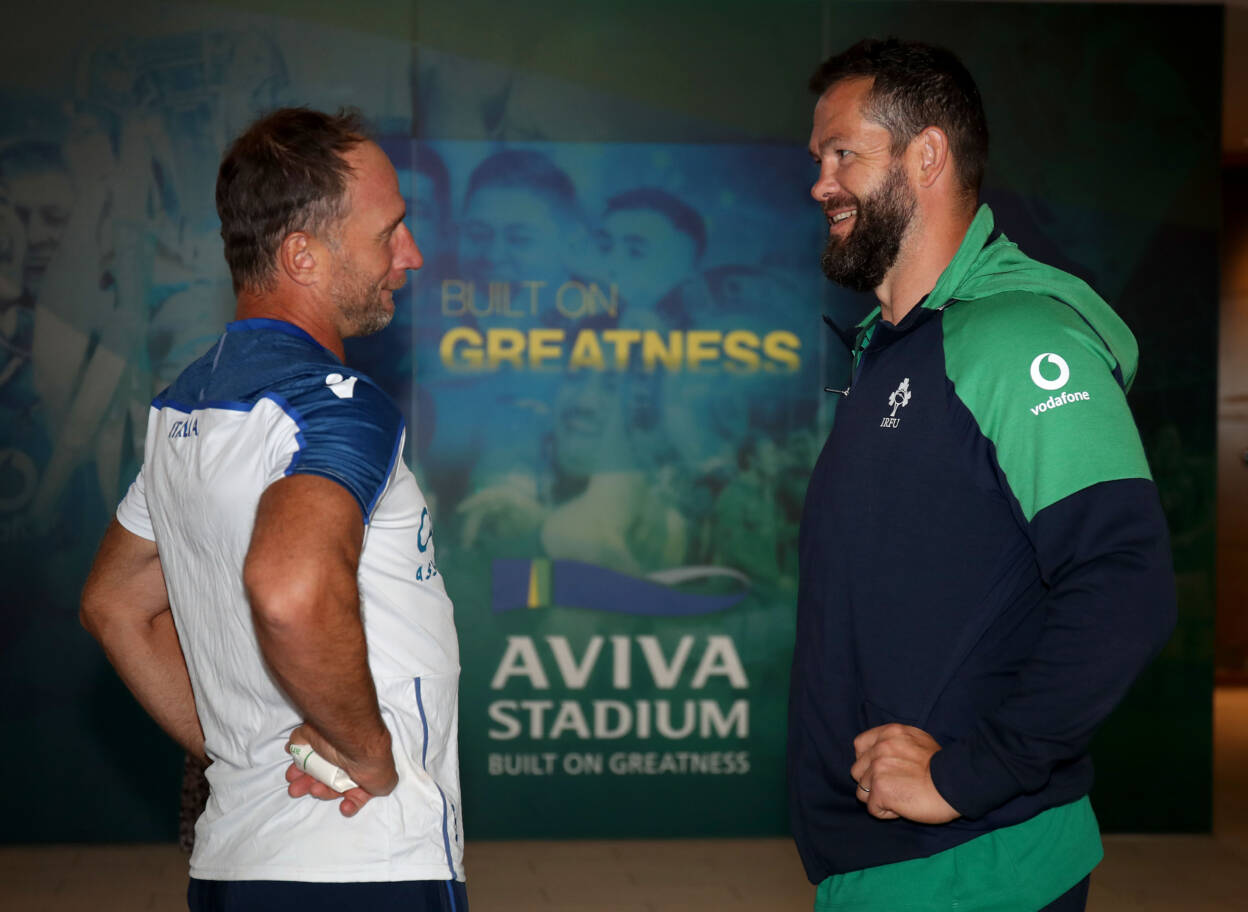 Whilst their winless streak in the Six Nations stands at 25 games, their performance in a 35-22 defeat to France back in February suggests the Azzurri can cause damage if afforded the time and space to execute their game-plan.

They’ve picked a big pack, (Marco) Lazzaroni. The back row is big. Jake Polledri has been playing exceptionally well for Gloucester. I think it’s obviously getting that quick ball, playing with the width that they’ve always played with since Franco (Smith) has taken over.

“It’s very much a Cheetahs style, wide-wide game. They’ve been very effective against some top teams. They’ve scored some brilliant tries against France playing that way.

“It’s making sure that we understand how we need to defend that. They want to throw the ball around. (Marcello) Violi is very experienced at nine. Very good passer of the ball.