While playing in front of empty stands has been a strange experience for all of the Ireland squad in recent months, in the case of Leinster back rower Caelan Doris, it has had an even greater resonance.

During lockdown, the Mayo native completed a research project on mental toughness and whether it affects a player’s ability to perform as capably in an away setting as they do in front of a home crowd.

This was done as part of the final year of his Psychology degree in UCD and, after submitting it in April, he was able to concentrate on stepping up his fitness levels for the safe return of rugby.

In Doris’ mind, the absence of spectators is helping to alter the previous conceptions that surrounded competitive sport.

“One of the biggest contributors to having home advantage is having your home crowd, so there’s probably a bit more parity playing at home versus playing away. It’s not as big a factor,” Doris explained in a video call on Friday.

“That would be the main thing really and then, just playing in an empty stadium, obviously it’s very strange. It feels like a trial match at times and I think it’s important to try and build our own energy. Obviously it’s impossible to replace the crowd but just by celebrating the small wins and things like that, building a bit of a buzz amongst ourselves, is important.” 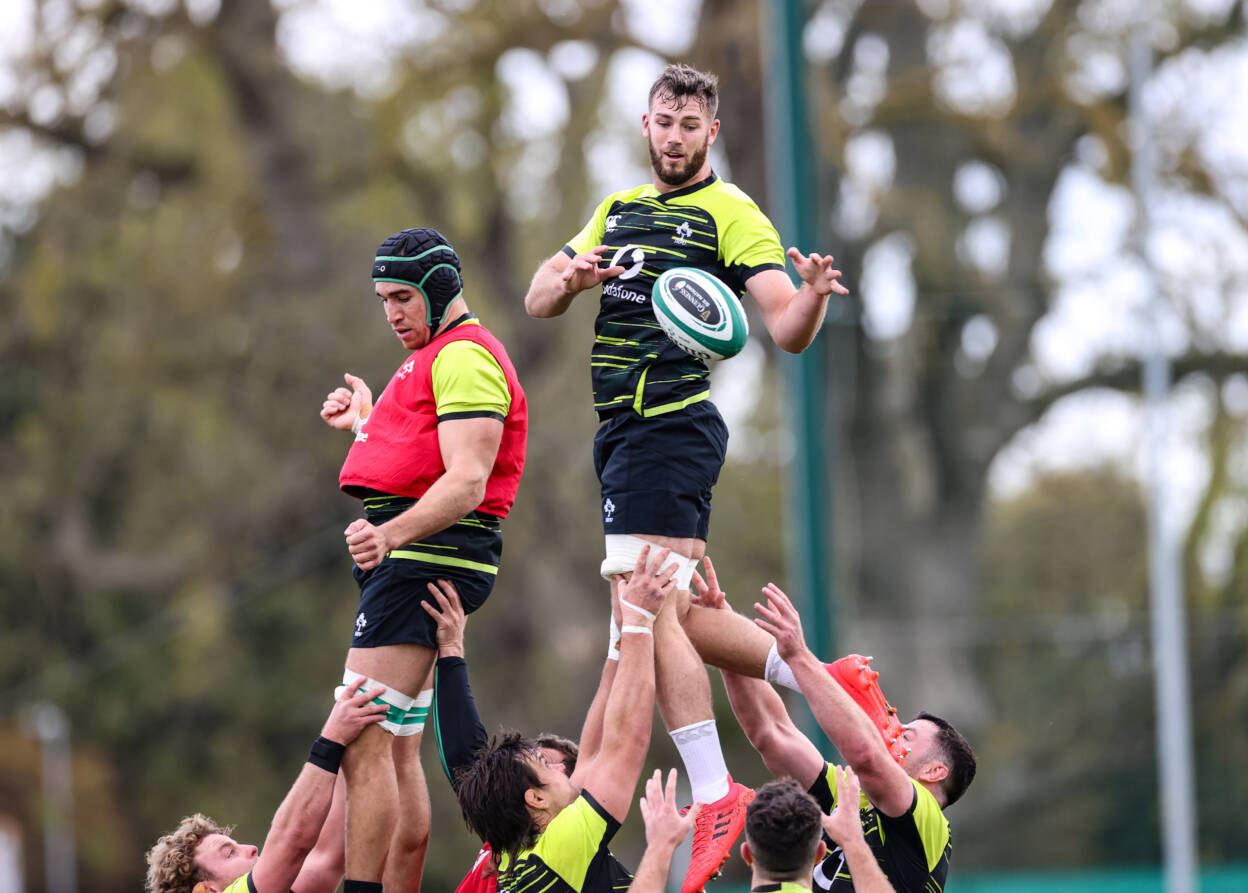 Having had his international debut in last February’s Guinness Six Nations opener against Scotland cut short by a head injury, Doris returned to feature off the bench in the round three defeat to England at Twickenham 22 days later.

However, this was the Lacken man’s final appearance until August 22 – when Leinster got the better of arch rivals Munster in a PRO14 derby at the Aviva Stadium. Doris admits it was frustrating to shut down so soon after regaining fitness, but he ultimately saw the bright side of an extended spell out of the game.

It was a strange one because it kind of went from preparing for the France match to back to Leinster. Preparing for a potential trip to South Africa, then to two weeks off and then obviously the two weeks went to three or four months. It was kind of gradual.

“I was kind of able to look at the positives of the situation, getting to spend time back home with my parents. Getting time for a few niggles to heal and then obviously the concussion as well.

“It was probably good for the brain to get a bit of time off as well. I was able to look for positives and room for improvement. Obviously it was a pretty big window so I tried to use that as best as possible.”

Given he did not play under him with Ireland – and was still a student at Blackrock College when Joe Schmidt finished up as Leinster head coach – Doris is not in a position to compare the coaching reigns of Schmidt and his successor Andy Farrell.

Nonetheless, the 22-year-old forward feels there are parallels to be drawn with the work Leo Cullen and Stuart Lancaster are doing behind the scenes at Leinster.

“I think he (Farrell) is backing us as rugby players to make the right decisions. He doesn’t want it to be overly-structured. He wants us to play heads-up rugby, see what’s in front of us and use our skill set.

“Also, the kind of game of movement and unpredictability and using the whole pitch in an unpredictable way. It’s similar to Leinster in a way so I’m not too used to the overly-structured. It’s the way I like playing anyway.”

Ireland’s eight-month wait for Test match rugby will finally come to an end on Saturday afternoon when Franco Smith’s Italy arrive in Dublin in search of a first Six Nations victory since having the measure of Scotland in February 2015.

Considering Farrell’s men remain in contention for a fourth Championship crown in the space of seven years, the morale within the camp remains understandably high. 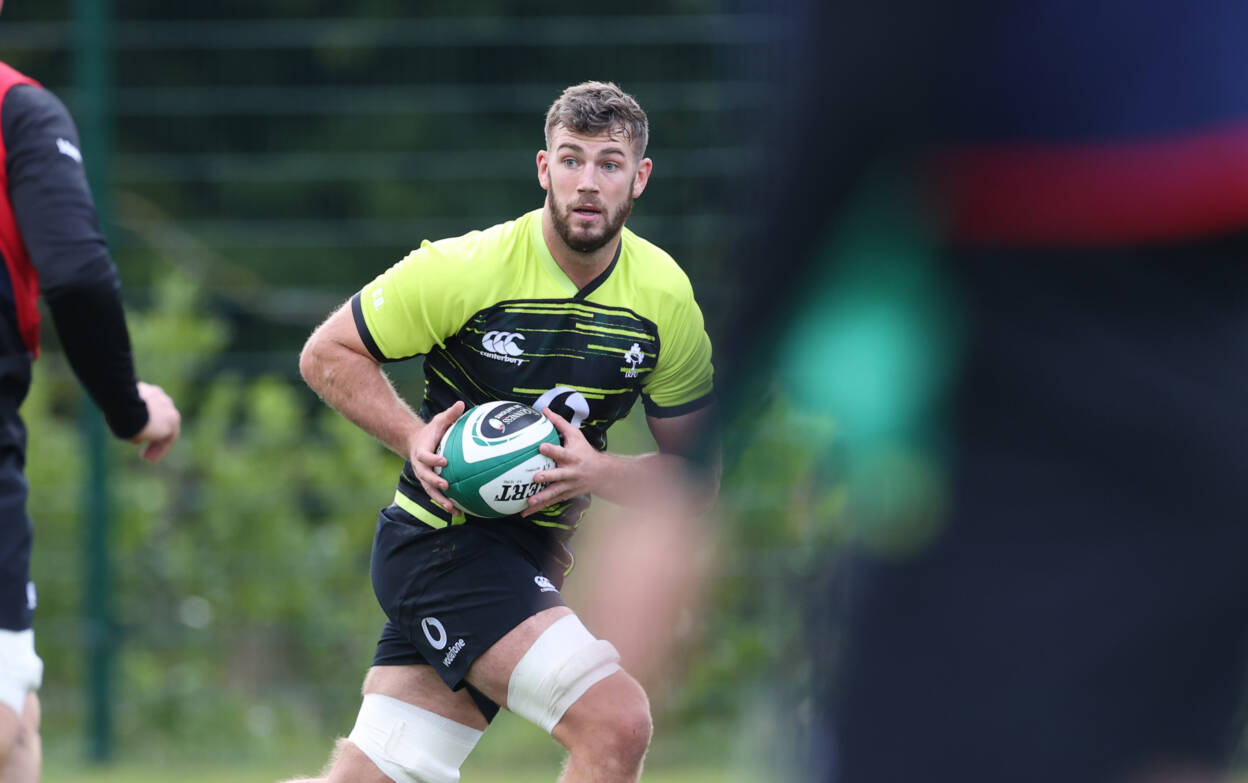 Now that they are fully settled back into the IRFU’s High Performance Centre in Blanchardstown, Doris senses an eagerness amongst the squad to see their campaign through to the end before moving on to the inaugural Autumn Nations Cup.

I think everyone is very excited to be back in.  Obviously it’s a little bit different with all the Covid restrictions and stuff, but it’s still very positive and I’m looking forward to getting back into international games.

“A hell of a lot has gone on since. I had a few months in Mayo, a few months of training in small groups and then back into the empty stadiums and all that. It feels like an eternity but I’m delighted to be back in.

“It’s a really enjoyable camp at the minute and there’s a lot of excitement about the way we want to play. The ability we’ve got and how we’re training. We’re just looking forward to getting going.”

Away from rugby, Doris also has a strong interest in Gaelic football. During his time in the underage ranks of local side Ballina RFC, he played alongside current Mayo senior player Jordan Flynn.

The progress of both the Mayo county team and Ballina Rugby Club are never far from his thoughts and he hopes the latter can continue on their current encouraging trajectory.

“I’d follow Mayo, incredible commitment some of the GAA players put in. It’s tougher for them having professions on the side as well. Rugby’s growing a lot out west. I’ve seen it in Ballina a bit, the set-up is growing and the senior side has been successful in recent years – two promotions in a row there.”