The Ireland Sevens squad will be in action at the Academy 7s this Saturday. ©INPHO/World Rugby/Mike Lee

The IRFU High Performance Centre will this weekend play host to the first of three IRFU Academy 7s tournaments, as the Ireland’s Mens Sevens return to action alongside Connacht, Munster and Ulster in an exciting series of games.

Anthony Eddy‘s Ireland will step-up their preparations for the 2021 HSBC World Rugby Sevens Series against the three provinces at the Sport Ireland Campus on Saturday, with the inaugural Academy 7s tournament set to provide players with a valuable platform to boost game-time and sharpen their match intensity in a competitive environment.

Leinster will not be involved this weekend as the Province manage a number of injuries in their Senior and Academy squad, while on top of that, 21 players have this week linked up with Andy Farrell‘s Ireland squad ahead of the Guinness Six Nations restart.

Leinster are due to compete in Rounds 2 and 3 of the Academy 7s, scheduled to take place at the IRFU High Performance Centre on Saturday 31st October and Saturday 7th November.

Eddy has selected a strong Ireland Sevens squad for the first tournament of the series as the National team continue to build and prepare towards next season’s World Series and the final Olympic qualification event in 2021.

Jordan Conroy, who was last season’s World Series top try-scorer and was recently selected in the HSBC World Series Dream Team, is among those named in the 13-man panel, which also includes Gavin Mullin and Steven Kilgallon who have joined the programme this season.

Call ups for former Ireland Sevens internationals Hugo Keenan, Shane Daly and Will Connors to the senior squad last week have further highlighted the skill and athletic development opportunity within the National Sevens programme and the Academy players involved for Connacht, Munster and Ulster this weekend will be keen to showcase their talents to the National coaches. 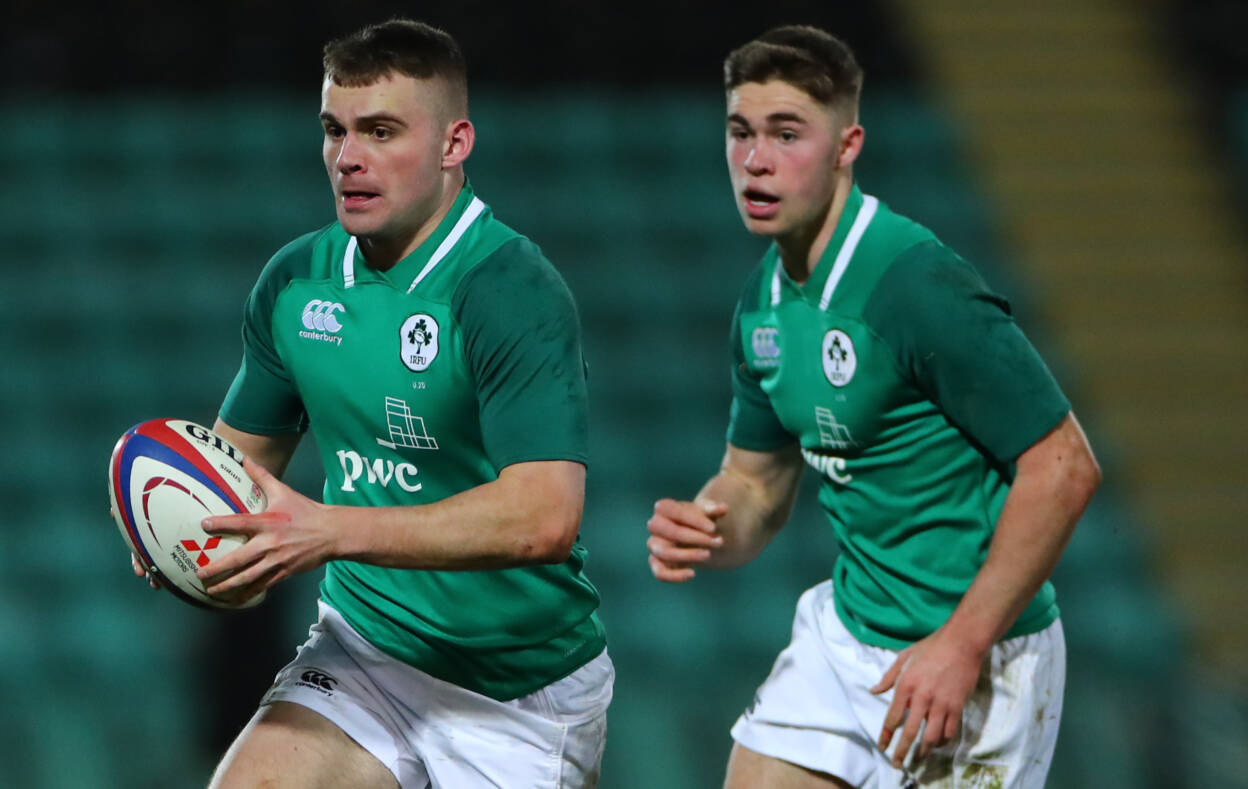 Among those set to line out at the IRFU High Performance Centre are a number of players from last season’s Ireland Under-20 squad, including Munster’s Jack Crowley, Lewis Finlay and Hayden Hyde of Ulster and the Connacht trio of Cathal Forde, Oran McNulty and Joshua Dunne.

Former Ireland Sevens internationals Alex McHenry and Jack Daly form part of a strong Munster side travelling to Dublin, while Cormac Izuchukwu and Aaron Sexton bring Sevens experience to the Ulster squad having been part of the National programme in recent seasons.

“It also puts some young players in the frame for National selection at a later date and is valuable game-time for all players involved. I expect the tournament to be very competitive and over the three legs, you would hope to see some real improvement in all the teams.”

The Provincial coaches and strength and conditioning staff have been working closely with the Ireland Sevens management in advance of Saturday, utilising the expertise and experience on hand to prepare their sides for the tournament.

Peter Smyth, the IRFU Head of Elite Player Development, commented: “The inaugural Academy 7s Series will provide the Academy players with a welcome return to competitive action this weekend. To have six matches back to back between the Provincial and National 7s squads will give the players the opportunity to test their core skills under match intensity and conditions.

“It will also give their respective coaching and management teams the ability to benchmark and assess the player’s development against their peers throughout the country.”

There will be live updates from the Academy 7s tournament on Irish Rugby social media channels and on IrishRugby.ie this Saturday. Follow the action using #Academy7s.