Jamie Heaslip, Alison Miller and Jonathan Sexton are the Irish nominees in line for the World Rugby Awards Greatest of the Decade as fans are invited to have their say by selecting the best players and best tries from 2010 to 2019.

Miller has been nominated for the Women’s 15s Try of the Decade for her try against New Zealand at the 2014 Women’s Rugby World Cup – a score that helped secure an historic first ever win over New Zealand. 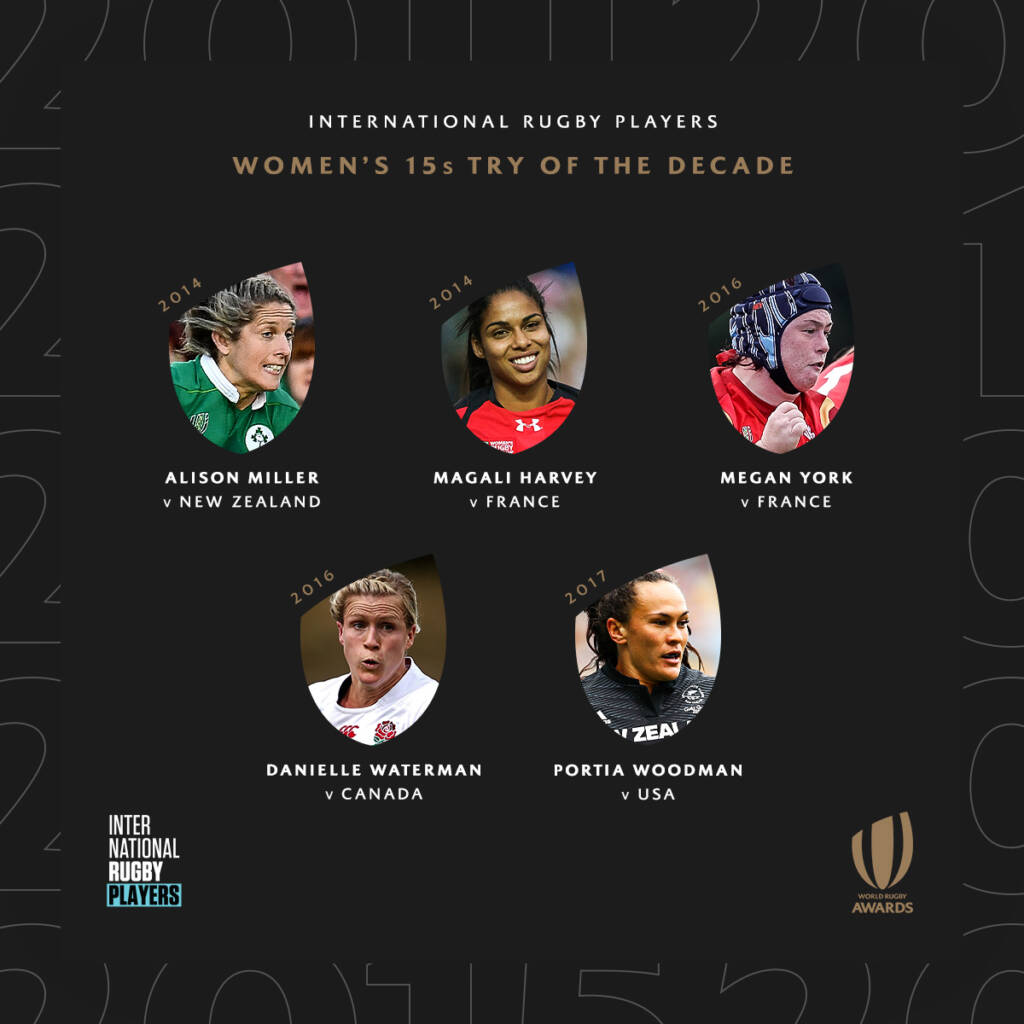 Heaslip’s try against Italy from the 2016 Six Nations campaign is nominated in the Men’s 15s Try of the Decade category. 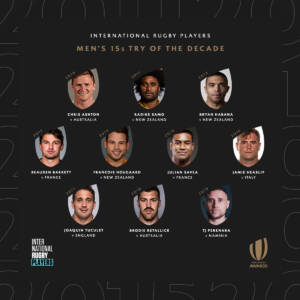 Meanwhile, the Men’s and Women’s 15s Teams of the Decade will be chosen by panels that includes two of Ireland’s Grand Slam-winning captains – Brian O’Driscoll and Fiona Coghlan – as well as legendary centre Lynne Cantwell.

In a special edition virtual show on Monday, December 7, the World Rugby Awards will celebrate the players and teams who have starred over the last decade (2010 to 2019).

From Thursday October, 15 until Sunday, October 25, fans can have their say in determining the winners in six new categories online.

Nominees in each category will consist of previous World Rugby Awards winners over the last decade, with the exception of the Women’s 15s Try of the Decade for which nominees have been selected by International Rugby Players.

Fans are likely to have a selection headache in choosing between rugby legends and will be asked to consider criteria such as length of rugby career, performance in key matches, leadership qualities and projecting rugby’s values when they cast their vote for Player of the Decade.

The World Rugby Awards special edition will also shine the spotlight on members of the rugby family who showcased great solidarity during the Covid-19 pandemic, supporting their communities, getting involved in relief efforts, and showcasing the sport’s character-building values.

The event will be co-hosted by former England international and World Rugby Hall of Fame inductee Maggie Alphonsi and rugby presenter Alex Payne on Monday, December 7. The show will be available  for rugby fans globally to watch via World Rugby digital channels.