Ireland will resume their Women’s Six Nations campaign at Energia Park on Saturday, October 24 (kick-off 6.30pm), following confirmation that the round 4 fixture against Italy has been moved back from its original Sunday afternoon date.

Originally scheduled to be played at 1pm on Sunday, October 25, Adam Griggs‘ Ireland will now face Italy at the Donnybrook venue a day earlier before concluding the 2020 Championship away to France in Lille on Sunday, November 1.

With the Ireland Men’s team set to return to Guinness Six Nations action against Italy at the Aviva Stadium earlier on Saturday, October 24 (kick-off 3.30pm), it promises to be a ‘Super Saturday’ for Irish Rugby supporters as our international sides take to the pitch again.

The Ireland Women’s squad have been building towards the resumption of the Championship with a series of camps at the IRFU High Performance Centre in recent weeks. Following the Six Nations, Griggs’ charges turn their attention to December’s 2021 Rugby World Cup qualifiers. 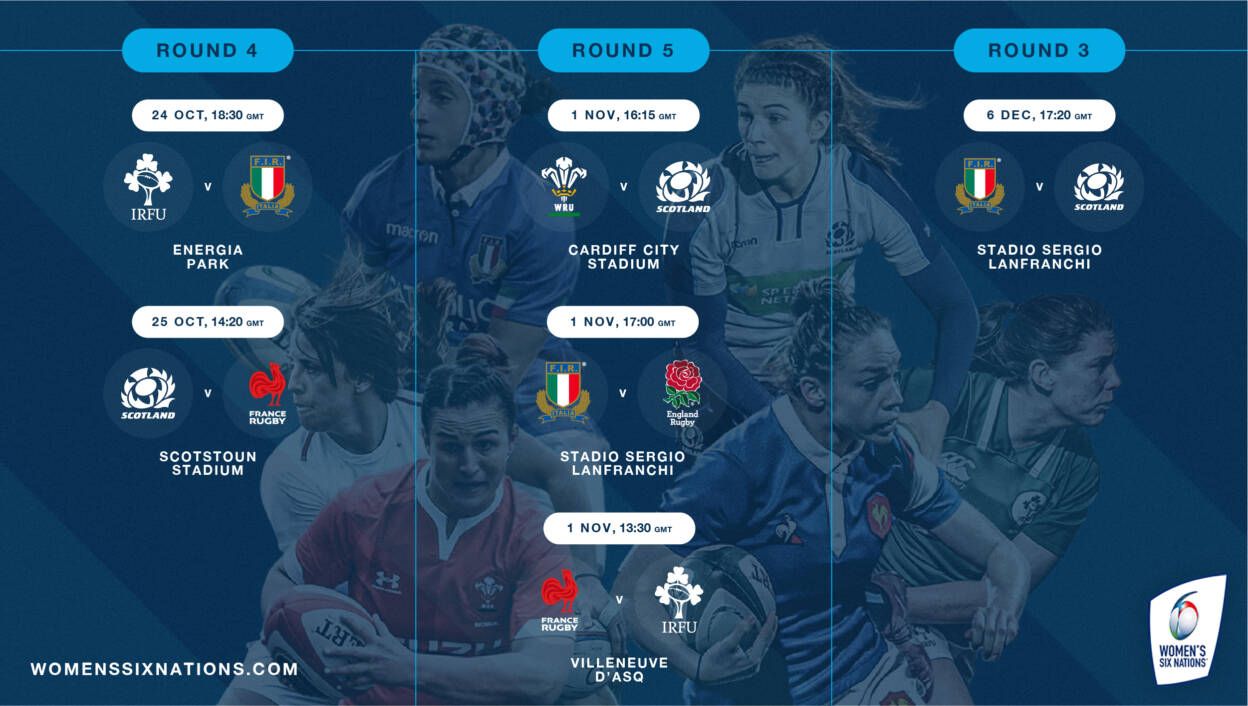