Caelan Doris and Louise Galvin were on hand to announce the nominees for the 2020 Zurich Players’ Player of the Year Award. Celebrating the achievements of Irish rugby players both on and off the field, the Zurich Irish Rugby Players Awards will be broadcast on Virgin Media Two on Saturday, 17th October after the Champions Cup Final.

Having made his Irish debut against Scotland in February, Doris is nominated for the Nevin Spence Young Player of the Year Award cementing his burgeoning reputation with influential performances for both club and country. 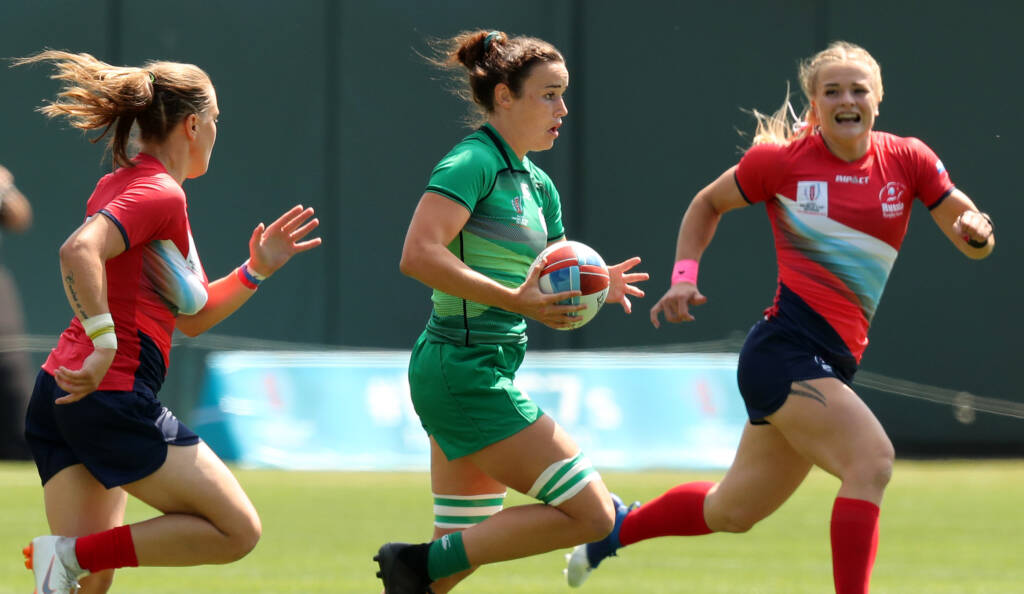 Meanwhile, the retiring Galvin is joined on the shortlist for Women’s 7s Player of the Year by Kathy Baker and Amee-Leigh Murphy Crowe, who has won the award on three previous occasions.
Doris’ Leinster Rugby teammates James Lowe and Garry Ringrose are amongst the nominees for the much sought-after Zurich Players’ Player of the Year Award and are joined on the shortlist by Andrew Conway and John Cooney.

Conway enjoyed one of his best campaigns for both club and country, becoming established as a frontline player for Ireland following the Rugby World Cup in Japan. Cooney failed to make that trip to the Far East but responded to the disappointment in resilient fashion by making some vital contributions for Ulster Rugby as they made their way to the latter stages of the PRO14 and Heineken Champions Cup.

Captain for the day as Leinster Rugby claimed a third successive PRO14 title, Ringrose’s remarkable consistency across the season has been acknowledged by his peers while James Lowe completes the nominees with his prolific and energetic performances on the Leinster Rugby wing.

Commenting on the announcement Anthony Brennan, CEO, Zurich Ireland said:  “It has been a year like no other and Zurich has never been prouder to support the players through the difficulties of these past few months. While sport in Ireland is a major contributor to the national economy, it has also been made clear how important it is to the health and wellbeing of so many.

As role models, players across Ireland will continue to play a key part in the recovery of the country through their own individual initiative and campaigns such as Tackle Your Feelings. We look forward showcasing their off-field contributions and celebrating their achievements on the field.”

“It’s an honour to be nominated for the Nevin Spence award. I am delighted to be named alongside Ryan and Shane who have both demonstrated that the future of our game is in good hands. I look forward to seeing how they develop in the weeks and months ahead. I also want to congratulate all nominees who have maintained excellent standards throughout a challenging campaign.”

“As ever, we have had good days and bad but it’s important not to let the 2019/20 season be forgotten. As the year has panned out, we have learned more about ourselves this year than any other. It’s important to reflect and acknowledge the achievements and challenges of a unique season.”

Before the rugby season stalled, the Ireland Women’s team enjoyed some success in the Six Nations with victories over Scotland and Wales. While the group will finish out the campaign in the coming weeks, the players have nominated Cliodhna Moloney and Linda Djougang (pictured below) for the Women’s XV Player of the Year 2020, while Edel McMahon, who will miss the remainder of the campaign through injury, is also shortlisted. 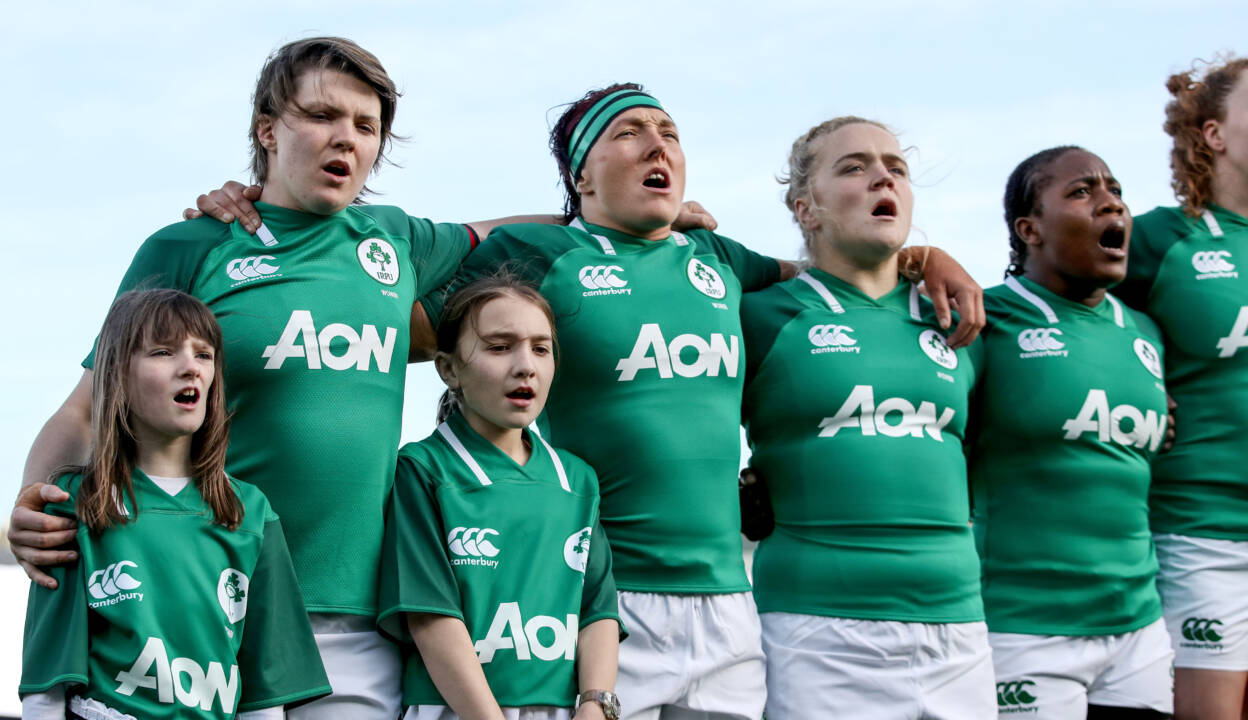 Top try scorer on the Men’s World Series in Ireland’s debut campaign, Jordan Conroy is in contention for the Men’s 7s Player of the Year award alongside last year’s winner Terry Kennedy and Harry McNulty.

Player of the Year nominees Conway and Cooney will also contest the Try of the Year award. Conway’s pace at the Ospreys in the Champions Cup and Cooney’s individual brilliance at home to Clermont in the same competition are joined by Robin Copeland’s last-ditch effort against Gloucester.

The influence of Irish rugby players on society has never been more keenly felt than throughout the past year. Many have made significant contributions, especially in highlighting the needs of charities at the height of the Covid-19 pandemic. 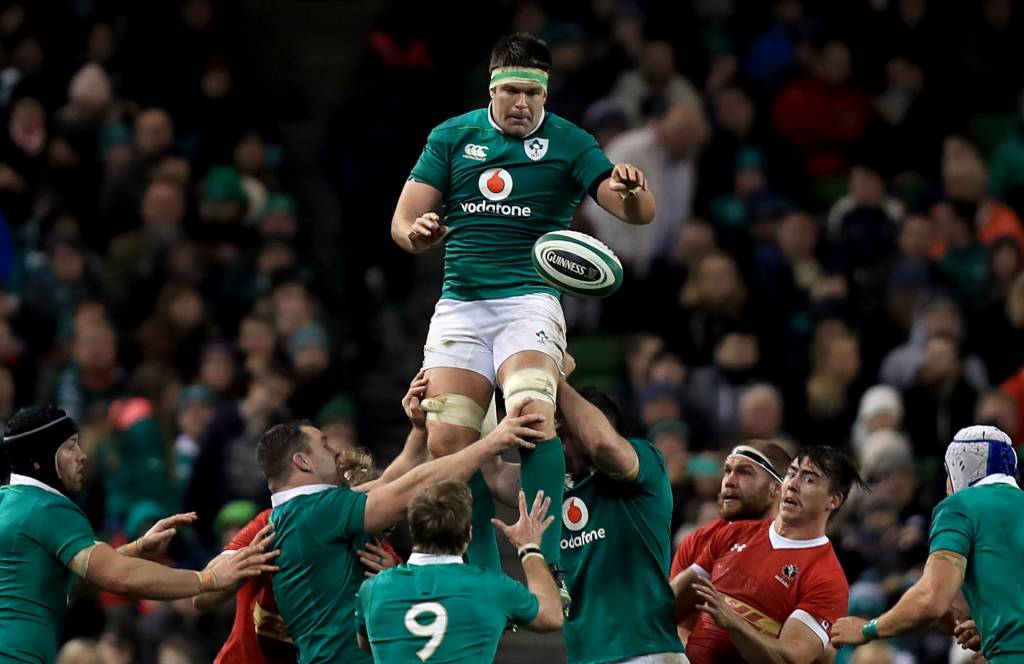 The Zurich Contribution to Society Award recognises those who have gone above and beyond the call of duty to bring about impactful change. Nominees this year include Ultan Dillane, Billy Holland and Andrew Porter