After over one hundred games in green on the HSBC World Rugby Sevens Series circuit, Hannah Tyrrell hopes to add another colourful chapter to her rugby career by helping Ireland qualify for the 2021 Rugby World Cup in New Zealand.

Having recently called time on her Sevens career after 103 World Series appearances, Tyrrell has turned her attention to the XVs game and was included in the Ireland squad for the upcoming Women’s Six Nations games against Italy and France.

The 30-year-old winger, who featured off the bench for Ireland in the Round 3 defeat to England back in March before the Championship was suspended, had linked up with Adam Griggs‘ squad in recent years when her Sevens commitments allowed.

But ahead of the visit of Italy to Energia Park on Sunday 25th October (Kick-off 1pm), Tyrrell is now fully focused on the XVs game and hopes her six years in the Sevens programme, and the skills developed on the World Series, will allow her to make an impact for Ireland during a busy Autumn schedule.

“The transition has been great and the girls have been brilliant,” Tyrrell tells IrishRugby.ie. “It’s helpful that I’ve been in and out of the squad over the last few years. It’s a different life for me, I’ve gone from training Monday to Friday with the Sevens to having a full-time job and trying to train outside of that and come into weekend camps. It has been different but it has been nice and I’ve really enjoyed it.”

Tyrrell hopes this extended period with the squad will allow her to settle into the environment and flourish in the XVs game.

“I haven’t been able to have the chance of a good run in a XVs jersey as I’ve always been in and out with Sevens,” she continues. 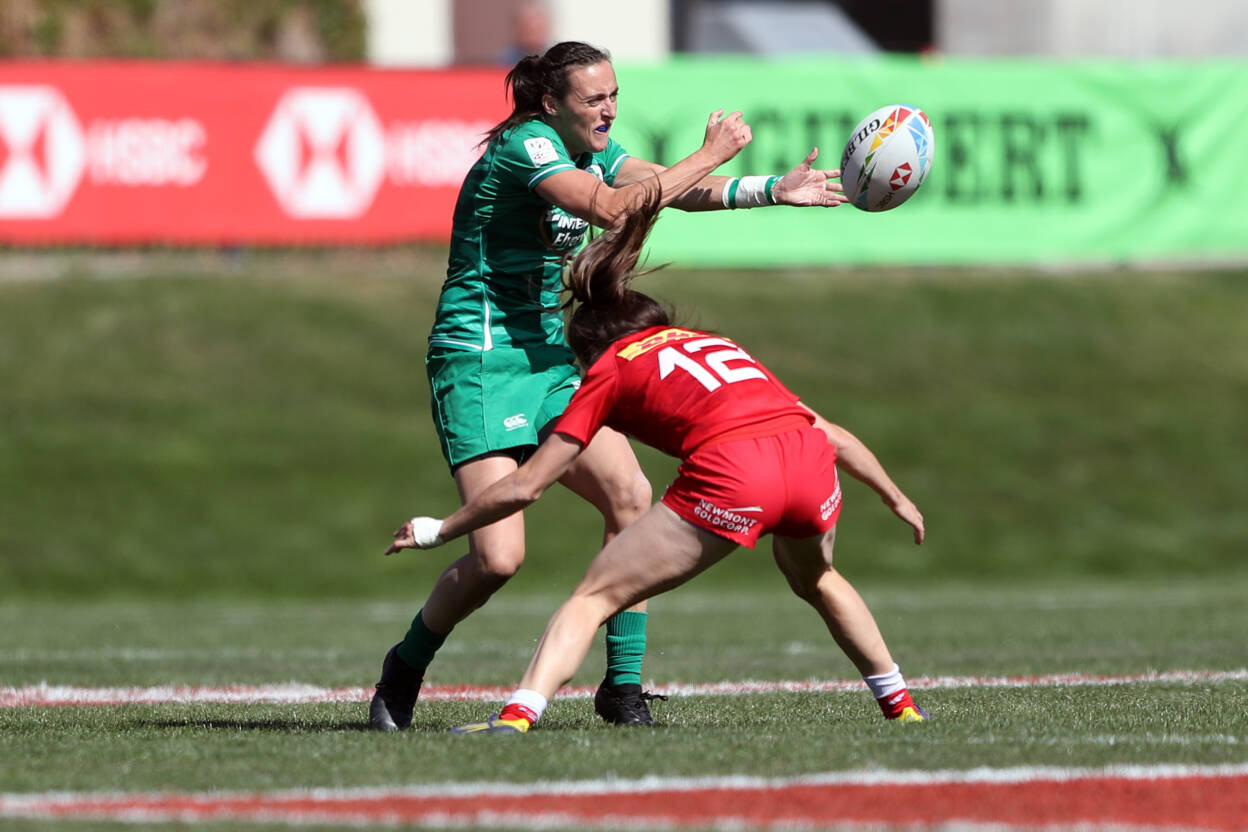 “It has given me the opportunity to be in camp all the time, show Griggsy what I can do and hopefully get my foot in the door and get a jersey in the 23 for match day squads coming up.

“This is something I really set my heart on a couple of months ago, to get fully back into the XVs and hopefully make a difference to the team. I’m really looking forward to the next couple of months ahead, it’s a new challenge for me and we’ll see what it brings.”

Having featured in the 2017 World Cup on home soil and been involved in big Six Nations occasions down through the years, Tyrrell has no shortage of experience and her versatility across the back three will be useful for Griggs heading into the Autumn period, as Ireland bid to finish the Championship on a high ahead of December’s 2021 Rugby World Cup Qualifiers.

The extended squad completed their second two-day training camp at the IRFU High Performance Centre on Sunday as preparations continue and Tyrrell wants to prove her worth over the coming weeks.

“Sevens allowed me to really work on individual skills,” she adds. “Hopefully I’m able to transfer that into the XVs game and use my pace, use my footwork and make a difference to this team and help them win games as that’s what it’s all about – for us to qualify for next year’s World Cup.”