Ireland Sevens international Stacey Flood will be among those lining out for Railway Union. ©Mike Lee/World Rugby

The Ireland Women’s Sevens squad have returned to their clubs ahead of the opening weekend of the inaugural Energia Women’s Community Series, presenting the players with a valuable window to sharpen their match intensity and represent their clubs in the new competition over the coming months.

With the HSBC World Rugby Sevens Series heavily disrupted due to the Covid-19 pandemic, the National Squad are relishing the opportunity to boost their game-time in the domestic 15-a-side competition, which gets underway this weekend with eight fixtures across the provincial conferences.

As the squad continue to train in preparation for the Sevens season, the players will represent their Leinster-based clubs in the Community Series, with as many as 10 Sevens internationals in line to feature in the opening round of games on Saturday 3rd October.

Suttonians open their Community Series campaign against Railway Union at Station Road on Saturday evening (Kick-off 5pm) and will have home-grown talent Kate Farrell McCabe in their ranks, while the visitors will be boosted by the availability of Stacey Flood, Lucinda Kinghan, Amee-Leigh Murphy Crowe, Katie Heffernan, Eve Higgins, Grace Moore and Orla Hayes.

Also at 5pm on Saturday, Wicklow RFC host Blackrock College at Ashtown Lane in Round 1, and the Dublin side have welcomed Megan Burns, Anna Doyle, Emily Lane and Aoibheann Reilly to their squad for the Community Series, while Brittany Hogan and Deirbhile Nic A Bhaird are set to line out for Old Belvedere when they kick off their season in Round 2.

Looking ahead to this weekend’s action, Anthony Eddy, the IRFU Director of Women’s and Sevens Rugby, said it is an exciting opportunity for the National Sevens squad to get back on the pitch and showcase their talents in their club jerseys, while further adding to the quality of the Energia Community Series.

“The girls are desperate to play rugby and when we first spoke to them about returning to their clubs for the start of the Energia Community Series, they were all really excited and keen to contribute to their clubs,” he told IrishRugby.ie. 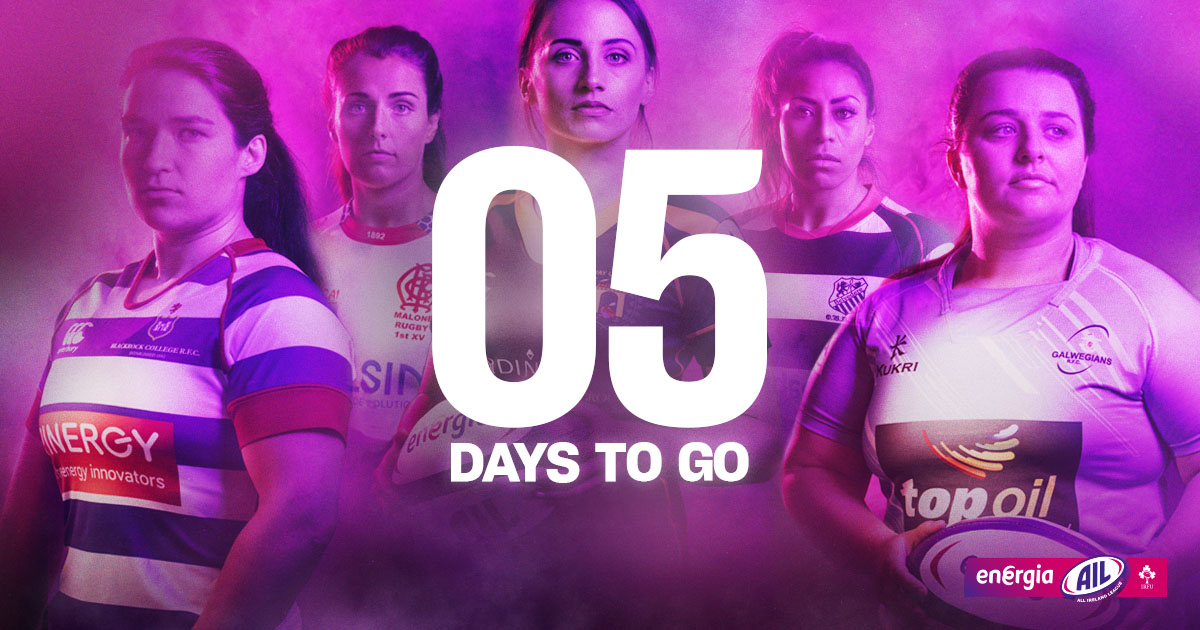 “They don’t often get the chance to play for their clubs when they’re in the Sevens programme because of our training and playing schedule so the players are looking forward to the challenge, firstly to perform well enough to be selected and then gain some really good exposure.”

Having returned to their training base at the IRFU High Performance Centre in early August, the National Sevens squad have been building through pre-season under the guidance of Eddy and the Ireland Sevens Head of Athletic Performance, Allan Temple-Jones, but the opportunity to now boost game-time, test their fitness levels and enhance their rugby intellect in the XVs game is an invaluable developmental window.

“For the players, the benefits are numerous and we’d hope this competition is really good for the girls and provides them with the chance to demonstrate their level of rugby,” Eddy continues.

“The body of work behind them will hopefully put the players in good stead and the opportunity to train and player with their club for an extended period is great.”

Separately, the Ireland Women’s Sevens will play a series of sevens games against the Leinster-based Energia All-Ireland League clubs over the coming weeks, presenting the players with a further platform to perform despite the significant disruption caused by the pandemic, while the five clubs involved will get the chance to test themselves against the national team.

“It works both ways and the clubs have been brilliant during this period,” Eddy explains. “They’ve been very supportive of the programme and the series of Tuesday night games is a really exciting development. We kick it off this evening against Old Belvedere and will play against Railway Union, Wicklow, Blackrock and Suttonians over the next five Tuesdays and it’ll be great to have that high level of competition for both sides.”