Greg O'Shea in action for Ireland at the LA Sevens back in February.

Lockdown precipitated a change of pace for Greg O’Shea. A busy schedule, filled with rugby, a burgeoning media career and a succession of commercial opportunities, stripped back. From juggling all the moving parts, and operating at a million miles an hour, the handbrake on O’Shea’s daily purpose was applied overnight. The pause button on his career, both on the pitch and off it, pressed indefinitely.

Given the 25-year-old’s year, the opportunity to step off the treadmill and take stock was welcome at first. Life at home in Limerick, away from the noise, allowed O’Shea – for the first time since his Love Island experience – to step back and reset. Those weeks and months, during which the fluidity of time was an unfamiliar luxury, empowered the Ireland Sevens international to return to basics. Family, friends, and fitness.

Through it all, and leaning on an inherent positivity and a forward-looking mindset, O’Shea retained his focus and motivation. There were better days than others, and he was not exempt from the challenges of self-isolation or training at home on his own, but O’Shea kept the mind busy. The hugely-popular online Pilates classes allowed him maintain contact with the million people who follow his everyday movements on social media, while this was also an opportunity to re-engage with his Law studies.

Lockdown could have altered O’Shea’s path but, in many ways the change of schedule and pace has only reinforced his ambitions and purpose.

“We came off such a busy schedule having been in New Zealand, Sydney, LA and Vancouver before Covid,” O’Shea tells IrishRugby.ie. “So we went from living in each other’s pockets here at the IRFU High Performance Centre and travelling abroad to being completely in isolation. It was a long five months for sure because as a rugby player, there’s only so much training you can do by yourself so there were tough days. Everyone faced their own challenges and there will be more challenges to come no doubt but it’s great to be back in squad training now, just to return to some form of normality.”

O’Shea and the Ireland Men’s Sevens are into their fourth week of pre-season work at the IRFU High Performance Centre and while there is still much uncertainty about the road ahead, it was imperative the squad returned to group training under the guidance of the coaches, medical staff and strength and conditioning after such an extended break.

Days after the squad returned from the HSBC World Rugby Sevens Series double-header in LA and Vancouver back in March, Ireland entered Lockdown as Leo Varadkar delivered his epoch-making speech from the steps of the White House. It meant O’Shea’s rollercoaster eight months ground to an abrupt halt and he found himself at a standstill at home.

“Yeah, personally, my last 12 months have just been a whirlwind,” he continues. “I had just come out of Love Island this time last year and then it was just six months of the craziest rollercoaster ride I could ever experience. I always tried to keep myself grounded and be a team player here and that always kept me focus. That kept me level-headed and then Covid just crashed in and took the wind out of all our sails. But I’m fit and healthy and all my friends and family are healthy so I feel lucky.

“Being back in here training has also been a real positive for the mental side of things. Rugby is such a team sport and being back with your friends and throwing a ball around, the importance of that really can’t be understated. There’s a long road ahead for everyone in the world but what I’ve learned is to take baby steps on the journey and just work towards short-term goals.” 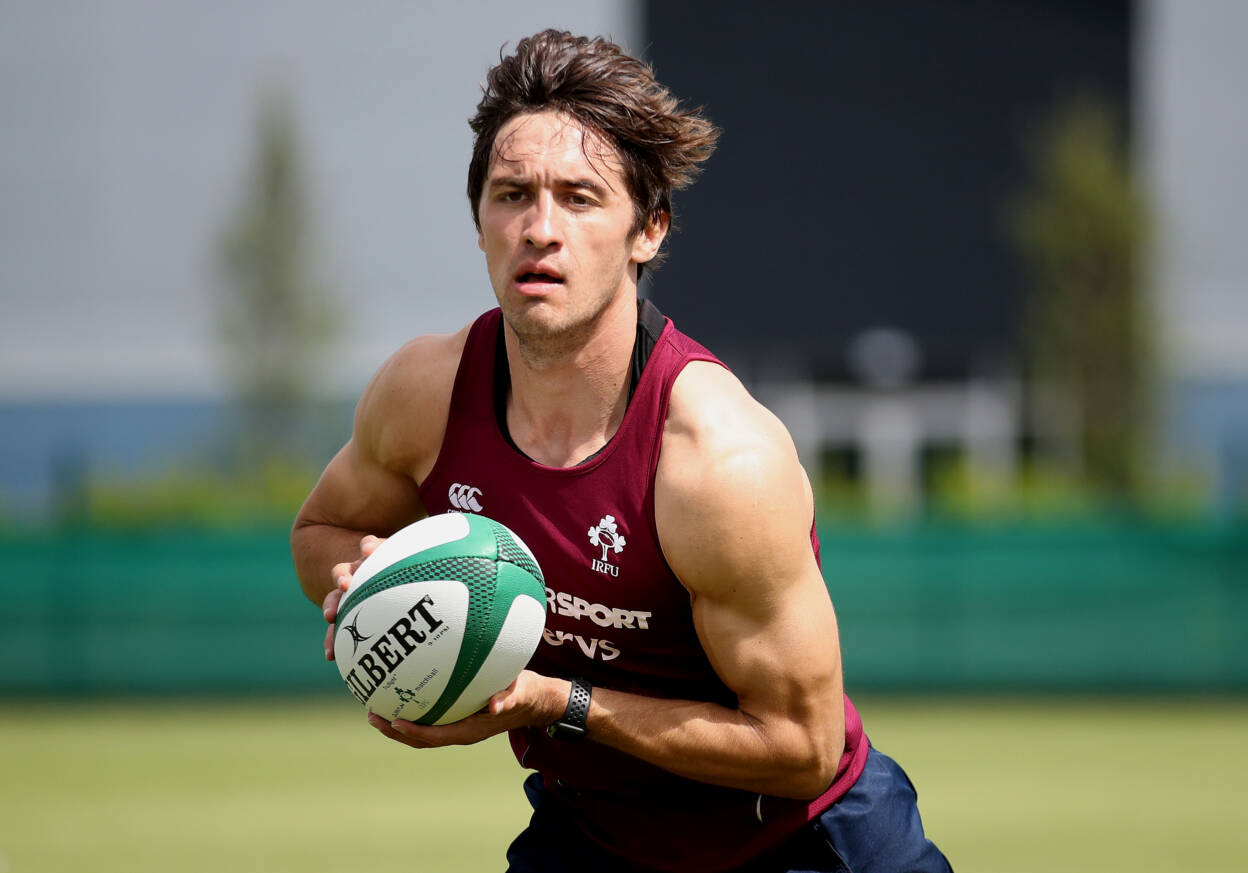 O’Shea has come out of this period as focused and motivated as ever. After pausing his Law career after the madcap summer of 2019, O’Shea is back studying and will sit the FE-1 exams in October now that the start of the 2021 World Series campaign, scheduled for Dubai and Cape Town in November/December, has been postponed.

“We’ve a lot more spare time now as we can’t be travelling so I picked up my Law studies again,” he explains. “I set myself the challenge before everything went crazy of becoming a solicitor so my personality is that once I set myself a challenge I have to try and do it. That doesn’t mean I’m going to pass them but I’m going to try. It’s a good opportunity as we have more time on our hands so fingers crossed I can get that done as well.”

The primary motivator, however, remains the prospect of becoming an Olympian. With this summer’s Games in Tokyo pushed back a year, the Ireland Men’s Sevens will have to wait 12 months to pursue their dream of reaching the Olympics, but that extra time will allow Anthony Eddy‘s side build further ahead of the final qualifying tournament.

“We have one tournament to win and that’s a big reason why I decided to come back to the Sevens team and not follow the big celebrity life over in London last year because you’ve one opportunity to get to the pinnacle of sport, which is the Olympics, so we’re all training really hard, all fighting fit and ready to attack the rest of the season.”

O’Shea adds: “This is a once in a lifetime opportunity to play Sevens and although it’s not the longest lasting career, it’s one of the best careers you can have in my opinion. I was on the XVs side for four years and now I’m on the Sevens side, and I absolutely love it. You get to travel the world, make great friends and a chance to get to the Olympics and play on the world stage. It’s a great way to get a green jersey onto the back and for any young players who want to pursue rugby, Sevens is a great pathway.

“I love it and wouldn’t change a thing about it.”