An unexpected break brought Jordan Larmour‘s rollercoaster start to professional rugby to a sudden halt, but the Ireland international used the Lockdown period to fine-tune and expand his exciting skill-set and work on his physical strength to ensure he can now push on and bring his game to new levels.

The 23-year-old had experienced a whirlwind period with Leinster and Ireland, enjoying Heineken Champions Cup, Guinness PRO14 and Guinness Six Nations Grand Slam success, in his first three years as a professional so the enforced break due to the Covid-19 pandemic allowed Larmour sit back and re-assess.

Now established as the first-choice Leinster full-back and a starter in all three of Ireland’s Six Nations games under Andy Farrell earlier this year, Energia Ambassador Larmour appreciates the need to consistently brush up on different aspects of his game, particularly around his reading of play in the back-field, his kicking from hand and an ability to play-make as the second receiver.

Like many of his team-mates, the former St Andrew’s College man has returned in peak physical condition and is now relishing the chance to continue where he left off back in March and bring even more creative spark in attack whether he’s playing in blue or green.

“During Lockdown, nearly every day I was picking different skills to work on,” he said on a media call this week. “I worked on all of them. I did a good bit of work on my kicking during the Lockdown, up in a field near my house. I did high ball work – a lot of hand-eye coordination stuff. Just trying to keep that ticking over because it’s an important skill to keep improving.

“When we came back into rugby, you didn’t want to be starting from scratch again having not touched a rugby ball in however many weeks it was. So, I think it was important to keep that ticking over every day, just pick something to do, get a rugby ball in my hands.” 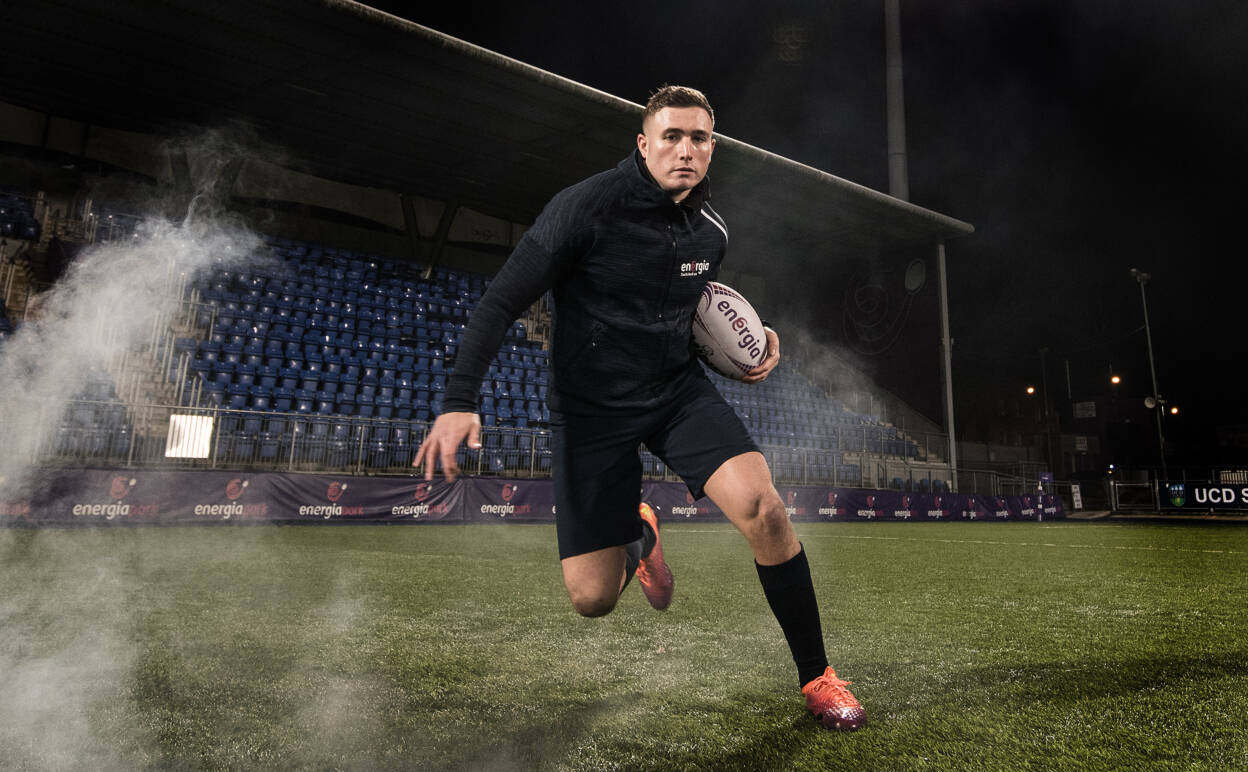 As a player who can cause destruction with his speed and foot work, Larmour was wary of bulking up during the time away from rugby, rather focusing on making incremental gains across different fitness metrics.

“I have got a bit stronger,” he explains. “Lockdown gave me a good opportunity to focus on lifting weights. I was doing a few extra gym sessions. I wouldn’t say I have put on much weight. Maybe I have leaned out a little bit.

“I was feeling good and Lockdown gave me that opportunity to do a few extra sessions to try and get into the best possible shape I could be. But I haven’t bulked up massively or anything like that. Not like Bryson DeChambeau. I’m feeling good.”

Larmour will be hoping to play a big part in Ireland’s busy Autumn schedule but the initial focus is on the PRO14 season restart with Leinster, and first on the agenda is that much-anticipated showdown against Munster at the Aviva Stadium on Saturday 22nd August.

“Any time we play Munster it’s always a bit spicy,” he smiles.

“But yeah, it’s massively exciting, and everyone’s raring to go. Playing Munster in the Aviva Stadium, it’s pretty big, and I’m just really looking forward to getting back out there and playing rugby again.

“And I know a lot of people, my family and all, they’re very excited about getting back to watching it. It’s always a good game against Munster so it will be good viewing.”

Energia ambassador Jordan Larmour has launched the first of a two-part social documentary giving insight into his rollercoaster season of rugby – available to watch below or on www.energia.ie/rugby/jordan-larmour.