It all started on LinkedIn, a message that would re-route Eimear Considine‘s sporting journey and open up a world of opportunity. Back then – in October 2014 – she was Eimear Considine the Clare dual star. A prodigiously multi-talented athlete who excelled for her club and county in Ladies football and camogie. Her talent knew no bounds across both codes, having also been an All-Ireland high jump champion at U16 level, but Considine had the potential to reach even greater heights. And then her inbox pinged.

The message went unseen for a number of weeks, she recalls. The opportunity could have slipped by. Stan McDowell, the IRFU Sevens Development Coach and Talent Identification Coordinator, had heard about this precocious starlet from Clare and reached out. Anyone who watched Considine’s athleticism and skill on the football pitch recognised her promise, and it would turn out to be an inspired move from McDowell.

“We were told to set up a LinkedIn page in college,” Considine laughs. “But I never used it until I randomly checked it one day and there was the message from Stan. I thought my chance was gone but he got back to me straight away and that was it then. It was the new opportunity I needed and getting that chance to go into a professional programme couldn’t have come at a better time.”

And so began Considine’s meteoric rise, her journey still very much in train and career arc on an upward trajectory, but already her rugby CV is furnished with significant accomplishments. Four Ireland Sevens caps, two of which came on the HSBC World Rugby Sevens Series, and in the 15-a-side game, appearances in the Women’s Six Nations and the 2017 Women’s World Cup on home soil.

“I would not be where I am today without the Sevens programme,” Considine says without hesitation.

Having just moved to Dublin to start a primary school teaching role in Glasnevin, the offer to link up with the Ireland Women’s Sevens presented Considine with the opportunity to push her talent to the limits and, certainly, the chance to test herself on the international stage was one she relished. 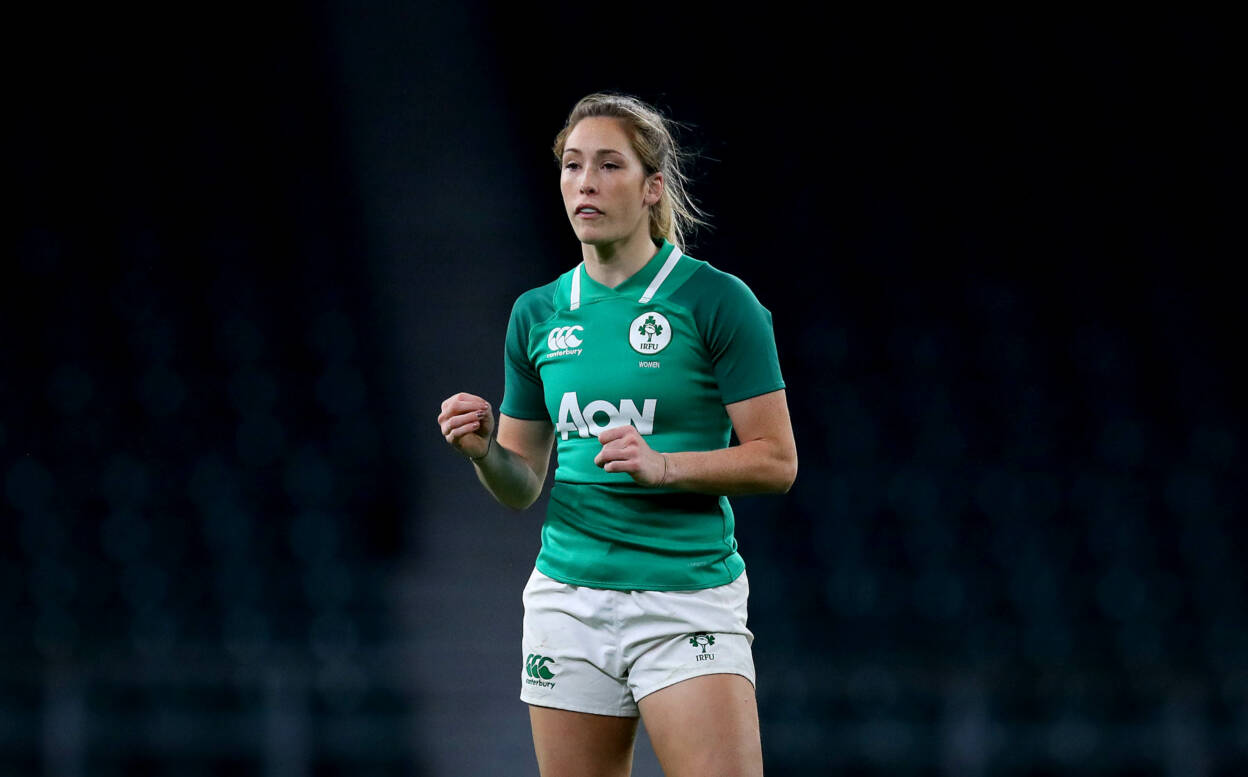 The switch and transition from Gaelic football and camogie was not without it’s challenges, but with the support and coaching of McDowell and Anthony Eddy, the IRFU Director of Women’s and Sevens Rugby, Considine spent hours working on the core skills that, along with her innate athletic ability and speed, would see her develop into an exciting and dangerous player in green.

“I think it was actually a good thing I was thrown straight into the deep end,” the Munster back continues. “I had no option but to put the head down and adapt and learn quickly. I remember there was a trip to San Diego to play Canada and USA, who are two of the top teams on the World Series, and one of the girls had to pull out injured so I was called in. That was a very steep learning curve but an invaluable experience and a hugely important one for my development.

“Anthony had just come into the programme too and I was lucky to have such a high level of coaching because it was sink or swim for me in those early weeks. It was tough, I’m not going to lie because you’re trying to take everything on board and be the best you can be while learning, but I wouldn’t change anything about it because it was the change and new opportunity I needed at the time.”

The opportunities opened up in front of Considine. After developing and honing her skillset, and proving her worth in a number of uncapped tournaments, the Kilmihil native earned her first cap at the first leg of the Rugby Europe Women’s Sevens Grand Prix Series in Kazan in June 2015, as the Lucy Mulhall-led side were crowned Plate champions.

“I still remember that tournament so well,” Considine recalls.

“Even though it was in Russia and I didn’t have any family or friends over there, it was still a very special moment because I had worked pretty hard to get to that point having moved away from Gaelic football and camogie. There was no guarantee it’d work out for me so to get the first cap was a big moment. I was, and I am, so glad I made that jump.”

Considine would feature in the second leg in Brive the following week and as Ireland secured their place back on the World Series for the 2015/16 season, she was part of the squad for the tournaments in Dubai and Sao Paulo that campaign alongside the likes of Mulhall, Amee-Leigh Murphy Crowe. Sene Naoupu, Stacey Flood and Louise Galvin.

“It was a great experience, getting to travel the world and represent Ireland on the international stage,” she says looking back. “I’ll always remember that tournament in Dubai because there were so many Irish supporters in the crowd and I had a few friends who happened to be teaching over there at the time. As my first World Series tournament, it was special and certainly an atmosphere I’ve never experienced before and probably never thought I’d experience.

“I always wanted to test myself against the best and in Gaelic football and camogie, there just wasn’t that international opportunity. I absolutely loved the professional environment and thrived in it. It’s what I always wanted. To say that for one period in my life it was my job to be a professional sports person was a dream. To have a nutritionist, a strength and conditioning coach and top class coaches working with you was something I never had before and I just absolutely loved the opportunities and professionalism.” 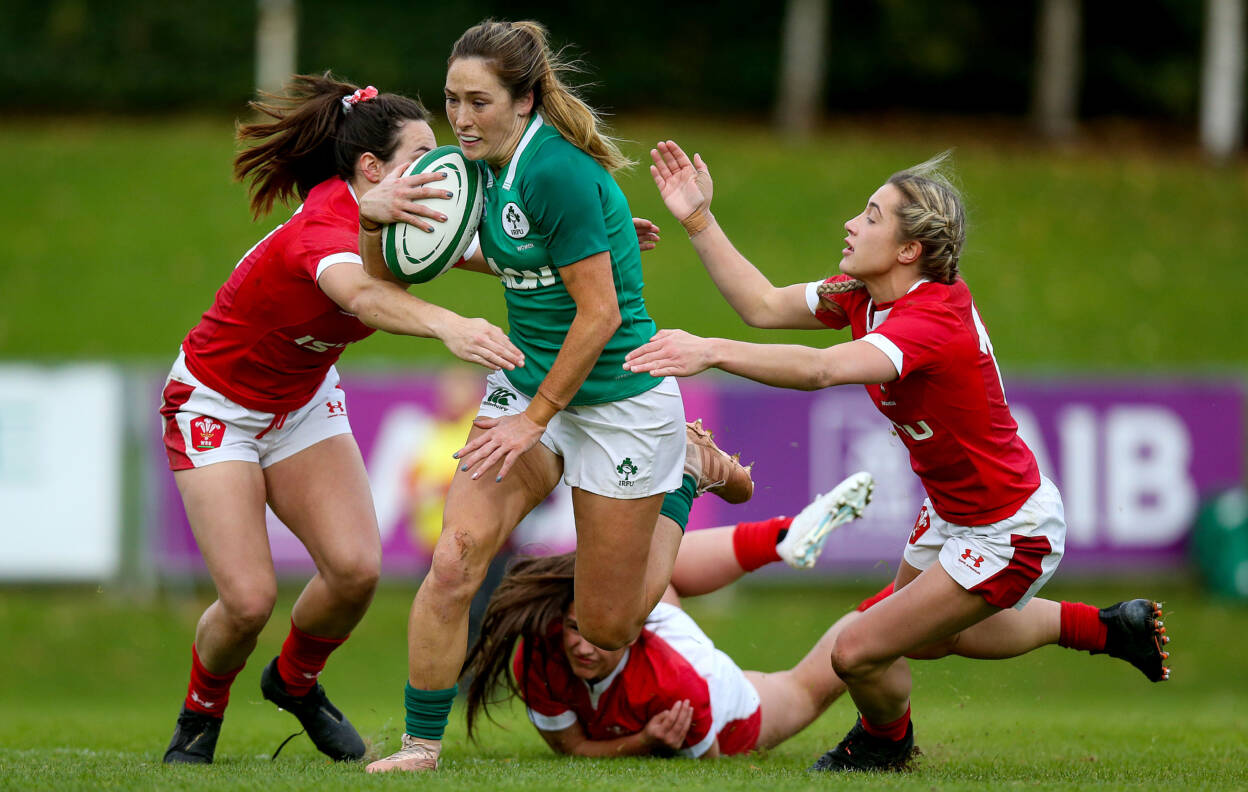 The demands of her career as an Irish and PE teacher meant Considine stepped away from the Sevens programme when Ireland’s 2016 Olympics dreams were ended, but it wasn’t long before she was back in rugby with Munster and then with the Ireland XVs squad ahead of the 2017 World Cup, all of which was made possible by her rapid development under the watch of McDowell and Eddy.

Now a key member of Adam Griggs‘ squad, Considine – who started two of Ireland’s Six Nations games at full-back – has won 15 caps for Ireland Women and the evasive running threat, excellent aerial ability and blistering pace that have marked her out on the international stage are all skills first recognised by McDowell and further crafted in the Sevens arena.

“Sevens absolutely made me the player I am today and the reality is that my life would be a lot different now if it wasn’t for the Sevens programme,” Considine adds. “I never grew up dreaming of being a rugby player because west Clare is such a GAA stronghold and that’s what we did growing up but Sevens has helped shape the player and person I am today and to play on the World Series and then play at a home World Cup and in the Six Nations has been incredible.

“I never ever thought my career would go this way and it’s down to a number of things I suppose. Part of it was luck and being in the right place at the right time to get spotted by Stan but then also a lot of hard work to take the chance and make the most of it. It wasn’t easy, I’m not going to say it was easy, but I’m glad it was a hard road. Playing Sevens while teaching full-time was really challenging but it thought me what hard work is and it has showed me where you can go if you work hard.

“I made sacrifices but I’m glad I put the hard work in and made those choices because the rewards have been worth it.”