This week’s Energia All-Ireland League rewind takes us back to November 16th 2019 and a Round 6 encounter between Dublin University and Ballynahinch.

It proved to be one of the games of the season and will premiered below via Irish Rugby’s YouTube channel at 2:30pm on Saturday April 18th.

Dublin University (7th) had lost by a kick of a ball to champions Cork Constitution the previous week. Back at College Park, they were able to call upon the services of Leinster duo Rowan Osborne and Ryan Baird. Tom McCarthy and Alex Soroka would go on to be named in Ireland’s U20 squad for the 2020 six nations.

Ballynahinch (9th) came into the game off the back of their first win of the season (at home to Lansdowne) and were desperate to stay out of the automatic relegation spot in the division.

Ulster’s Bill Johnston and Robert Baloucoune were released to make their debut for the club while Tom Stewart was named alongside McCarthy and Soroka with the Ireland U20’s.

Ballynahinch struck first through the combination of Balacoune, Johnston and an inch-perfect cross field kick. The Ulster men led 17-13 at half time.

Colm Hogan crossed twice for the home side in the second half, showing the kind of form that earned him a call-up to the Club International squad in January. 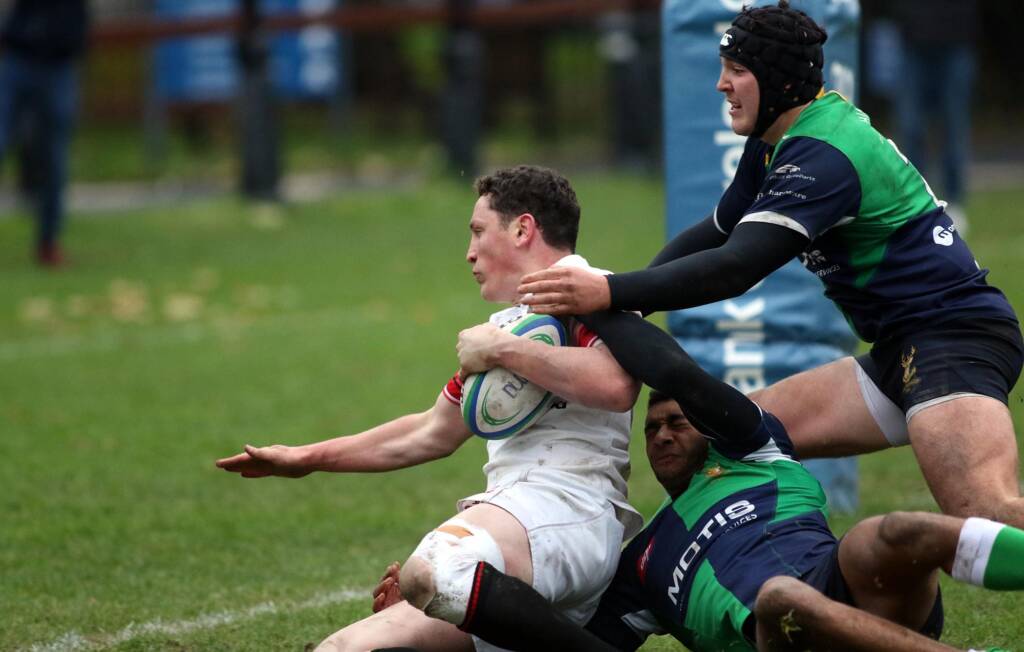 That same month, Balacoune and Ryan Baird were drafted in to the Ireland men’s training camp as development players.

This was a game where eight tries were scored, the lead changed hands on five occasions and the result wasn’t decided until the very last action of the game.