Ask Shane Daly to recall his standout memories of playing in a green jersey and he is instantly transported back to the 2018 Rugby World Cup Sevens in San Francisco, where the Ireland Men’s Sevens further enhanced their growing reputation as an emerging force by winning the Challenge Trophy two summers ago.

Anthony Eddy‘s side won four of their five games at AT&T Park to finish ninth overall and lift silverware, beating Australia in the Challenge Trophy final to complete another hugely encouraging and memorable week for the Ireland Sevens programme.

Daly won his sixth Ireland Sevens cap at the World Cup having become an integral member of Eddy’s squad in the 12 months previous, his athleticism, speed and excellent skillset marking him out as a player with huge potential in the seven-a-side format.

“The World Cup was one of my best experiences in rugby,” the Cork native tells IrishRugby.ie. “It was an unreal competition for us to showcase ourselves at and having missed out on World Series qualification in Hong Kong earlier that year, our performance showed we belonged at the top level. It was like everything we had trained and worked towards as a group had come to reality and looking back now, it was by far my fondest Sevens memory.”

Daly, a former Ireland Under-20 international, had featured for Eddy’s side at the Hong Kong Qualifier and HSBC World Rugby Sevens Series leg in Paris in 2018 building up towards the World Cup, and would go on to win two further caps in 2019 before turning his full attention back to the XVs game and his career with Munster.

The 23-year-old won his senior debut for the southern province against the Cheetahs in the Guinness PRO14 in September 2018 but it was at the start of the current season when Daly, having returned to pre-season from Sevens duty in Moscow, enjoyed his breakthrough moment, winning two man-of-the-match awards during the opening weeks of the 2019/20 campaign for Munster. 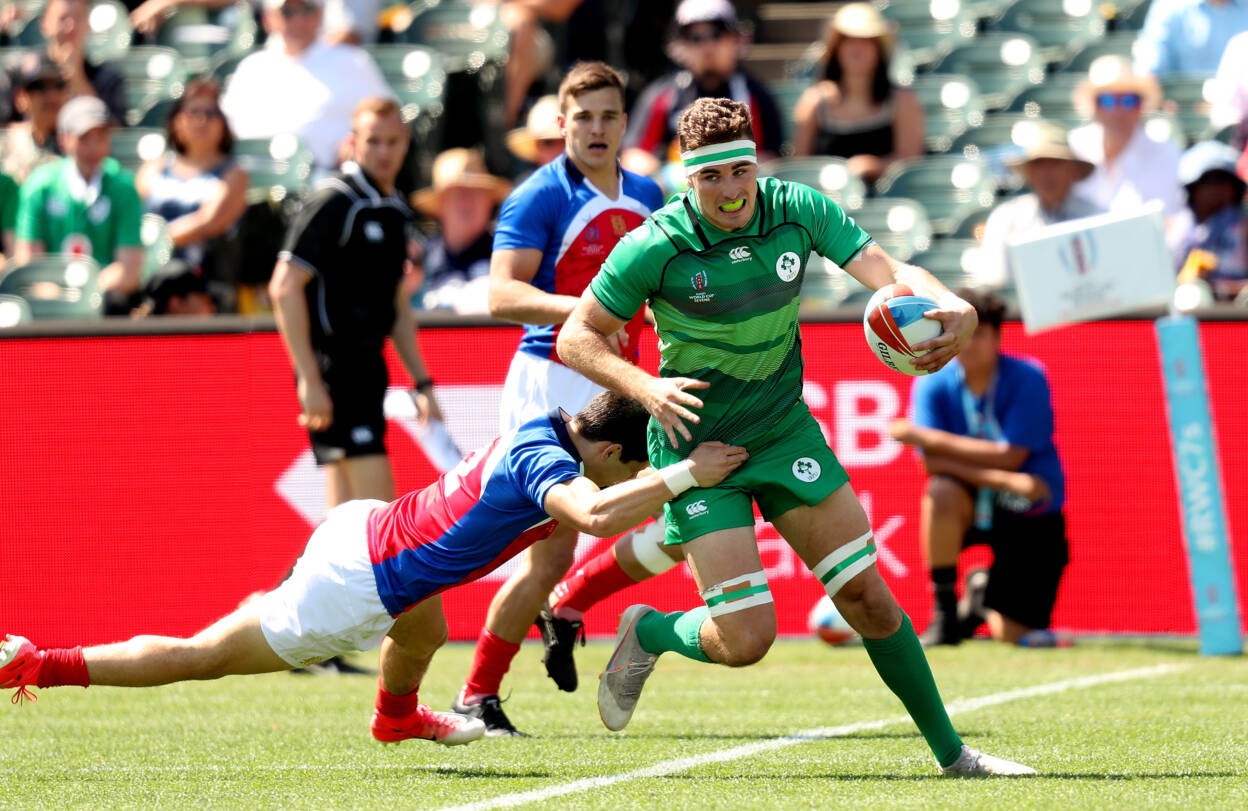 Overall, Daly started 10 times for Johann van Graan‘s side at full-back and on the wing in the Pro14 before the season was suspended due to the Covid-19 outbreak, and additionally he made his European debut off the bench in Munster’s Heineken Champions Cup defeat to Racing 92 in Paris back in January.

While Daly was always a standout talent in the XVs game, whether it was for the Ireland Under-20s, with Cork Constitution in the Energia All-Ireland League or indeed with Munster, he recognises the significant role the Ireland Sevens programme had to play in his overall development.

“In my first couple of years in the Munster Academy, the opportunities to play just weren’t there for me,” he explains. “So at the time when Anthony invited me in, it was an unbelievable opportunity for me to play rugby at the highest level on the international stage. In those two seasons with the Sevens, I got so much rugby experience and learnt a great deal which ultimately made me a much better rugby player.”

In his second year in the Sevens programme, Daly moved to Dublin to complete a six-month placement with Ernst & Young as part of his degree in Finance from UCC and it was decided he would commit full-time to Eddy’s side whilst in the capital.

“I wasn’t going to be able to manage a placement, train with Munster in Limerick and then also link up with the Sevens in Dublin,” Daly says. “I moved up to Dublin full-time and trained three days a week with the Sevens squad. It was quite tough to manage everything but thankfully it worked out well.”

Even though Daly faced challenges in juggling all the moving parts, that period of training and playing full-time with the Sevens panel was of huge benefit.

“In terms of skills, it’s probably the best way to develop players as the Sevens game just naturally puts you in uncomfortable positions on the pitch, both mentally and physically,” he continues. 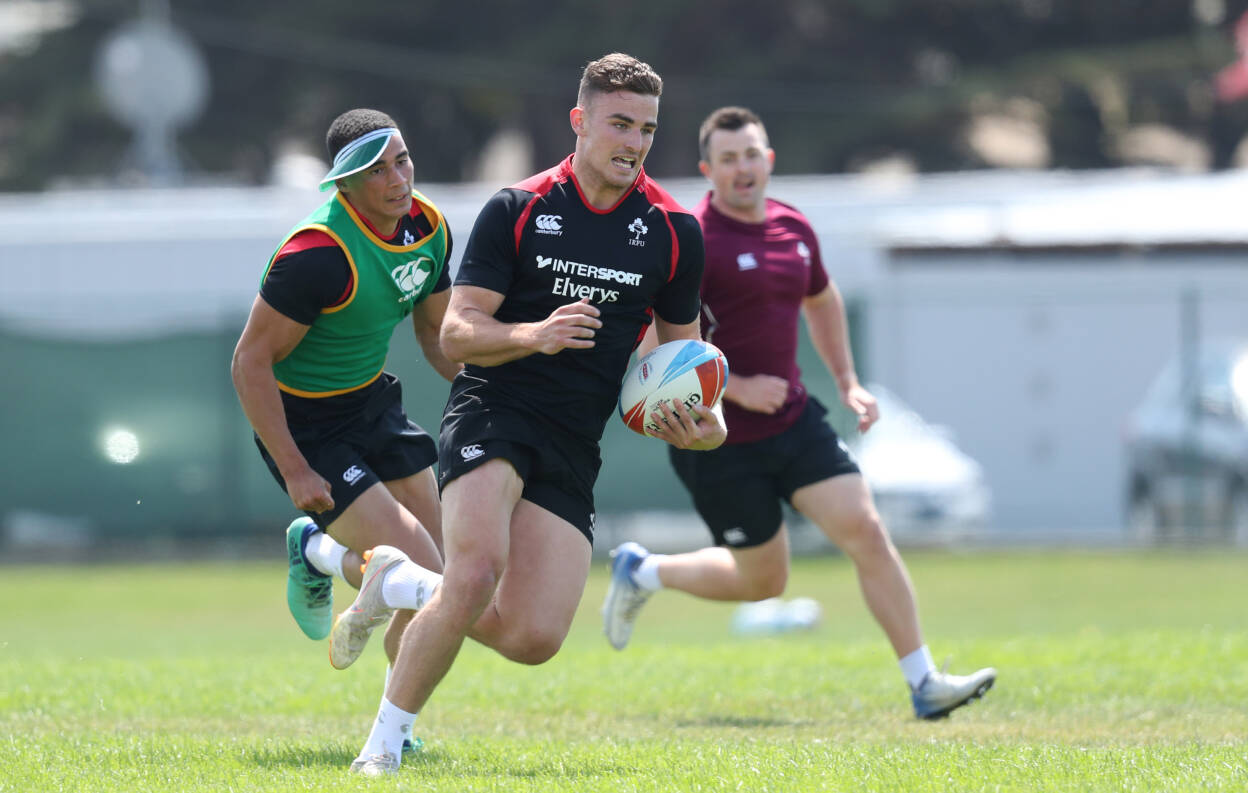 “You have to learn as quickly as you can and that’s another big thing to be able to do because you’re wearing a green jersey on the international stage. You’re forced to adapt and that is a massive development tool.

“Another big thing is the amount of reps you get in a training session. You may only touch the ball once or twice in a whole XVs session, especially as a winger or back three player, but in Sevens there’s no hiding place and it forces you to train every part of your game to the same level. You’ve got to absolutely nail your essential skills like passing, catching high balls and defending one-on-one under pressure.”

Although Daly, who has scored four tries for Munster this season, is no longer part of the Sevens programme, he is still in regular contact with many of his former team-mates and has been following their progress closely on the World Series, with Eddy’s charges currently sitting 10th in the overall standings during their maiden campaign as a core team.

“I have loved watching the lads do their thing on the big stage,” he adds. “There are so many brilliant Sevens players in the squad and having seen the work that goes on behind the scenes, it’s brilliant to get up in the morning to watch them on the World Series in different parts of the world.

“I’ve only got great memories of playing Sevens in big international stadiums and in front of massive crowds. For any young player, it is a great experience and for me, at that stage of my career, it was of huge benefit. Playing and training in that environment under Anthony and the other coaches, it’s a great way of accelerating your development as a rugby player.”

Next week, Leinster’s Hugo Keenan reflects on his experience in the Sevens programme and looks back on his role in helping Ireland achieve World Series qualification in Hong Kong in 2019, while Tom Daly of Connacht was the first subject of our My Sevens Experience Series.