In normal circumstances last Saturday would have seen the presentation of one of the oldest and most prestigious trophies in Irish Rugby – the Bateman Cup.

Clonmel Rugby club were all set to host the 2020 final between Lansdowne and Cork Constitution – a replay of the very first final held in 1922. The Dublin club emerged victorious that day on a 6-5 scoreline and for both clubs it was the start of a long love affair with the trophy.

The earliest footage dates from the 1927 final between Instonians and Lansdowne. Inst won 16-8 that day.

The cup was suspended in 1939 and not formally re-introduced until 2011 with Bruff winning the coveted trophy.

An All-Ireland Cup competition was constituted in 2006 and the format altered in 2011 with the reintroduction of the Bateman Cup – played for by the four provincial cup winners.

Since then Cork Con have contested six finals, winning five in a row from 2013 to 2017.

They relinquished control in 2018 to none other than Lansdowne who had also won it back in 1929, 1930 and 1931. Between them the two clubs have played in fourteen finals.

One of the the oldest known photographs from a final is this one from 1928  when Young Munster became the first Munster club to lift the trophy and once again it was Lansdowne they faced in the final. 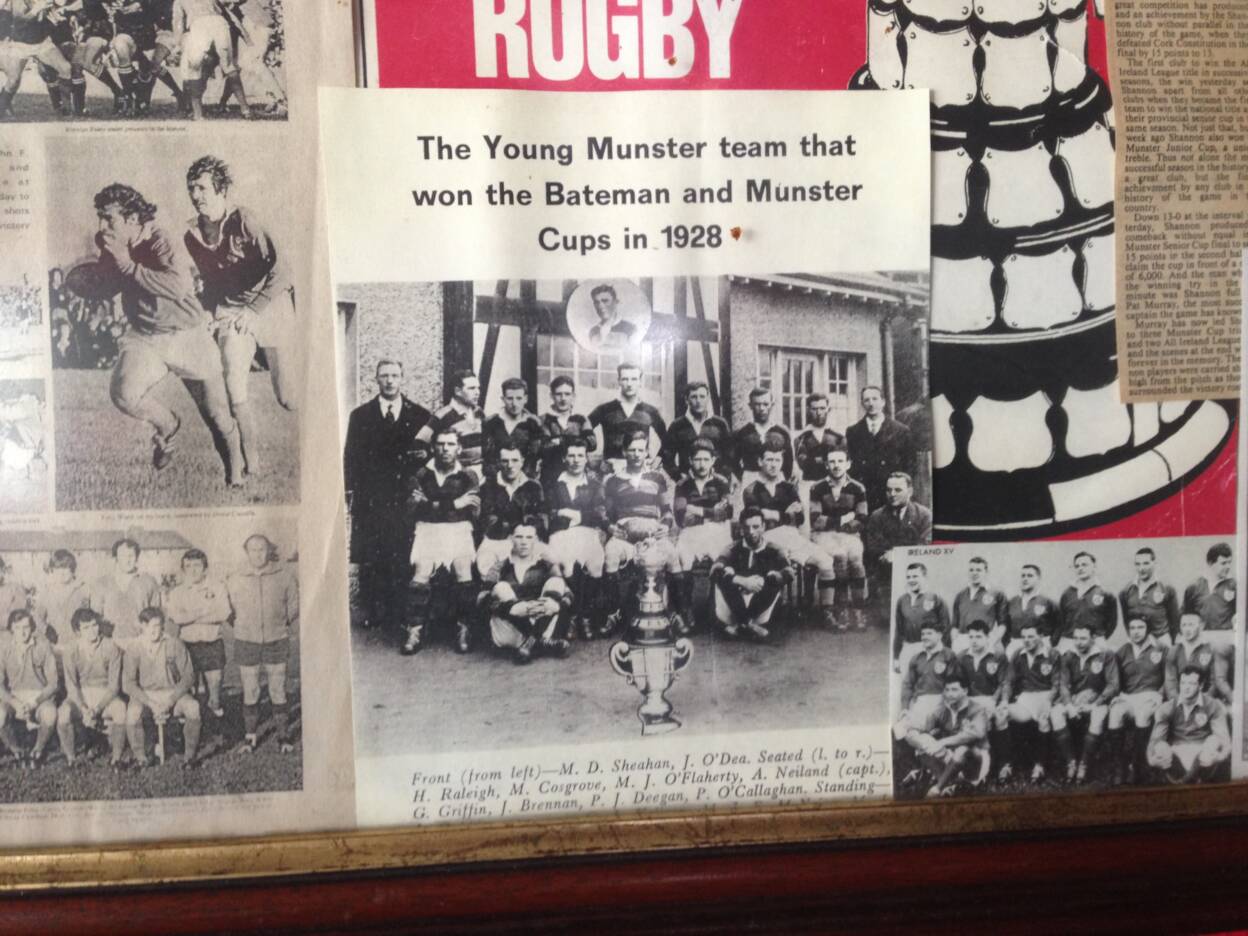 Click here for a gallery of All-Ireland and Bateman Cup winners since 2011.