The focus for the Ireland Sevens squads during this period has been to maintain their volume of running while training remotely. ©INPHO/Dan Sheridan

The current restrictions on daily life have presented different challenges to different people across all sectors of society, not least our professional rugby players who must continue to train remotely during this period without the regular face-to-face contact with coaches, team-mates and staff who play such an integral role in their training and development.

With the rugby season on hold, and players now following Government-imposed measures in different parts of the country, the use of technology to connect with athletes remotely and ensure that level of contact with high-performance squads is maintained cannot be understated as the country navigates its way through the current health pandemic.

The Ireland Men’s and Women’s Sevens squads, both of whom should have been coming off a HSBC World Rugby Sevens Series leg in Hong Kong last weekend, have seen their respective seasons severely disrupted by the global COVID-19 outbreak, meaning the collective focus has had to shift from tournament-based training to maintenance mode.

While gym equipment was distributed to members of the national Sevens squads before the lockdown came into effect, the reality is that each player will have access to varying levels of resources at home, so the challenge for the Allan Temple Jones, the lead Athletic Performance Coach for the Ireland Sevens programmes, has been to accommodate each athlete with specific and tailored training plans.

The use of technology, such as video conference calls, has been invaluable in delivering technical instruction to players while maintaining a clear and consistent line of communication throughout this period, with both the Men’s and Women’s squads regularly coming together as groups to partake in HIIT (High Intensity Interval Training) sessions through video calls.

“Technology is helping us through this stage when we’re not having face-to-face contact with players,” Temple Jones explains to IrishRugby.ie. “Not only are staff across the programme staying in regular contact with players but the players themselves are driving each other on through sessions on Zoom.

“The two groups are doing player-led interval sessions whereby a different player will come up with their circuit and they then take the rest of the players through that 20-30 minute session, each of them doing it from their own back garden or house. The main focus of this is to keep them ticking over but also to maintain that connection with each other. While there is hard work involved and it’s really to supplement the programme they’re all following, it’s a bit of fun for them.”

In addition to online HIIT sessions, the Women’s Sevens squad are continuing their daily Bulletproof, or injury prevention, sessions with team physio Jo Montgomery, as they would do when training together at the IRFU High Performance Centre in Dublin. Preserving a degree of familiarity in their training routine is also hugely important.

“I have been able to set up a homemade gym in my garage with some of the equipment we were given but when you’re used to training in an environment where you have team-mates and coaches constantly pushing you it’s hard to motivate yourself all the time at home,” Ashleigh Baxter, who led last week’s online HIIT session alongside Stacey Flood, says.

“But being able to train together using Zoom helps lift the team’s energy and gives everyone some extra enthusiasm for the session and day.”

Another key focus for the Sevens squads has been to retain the inter-squad competition in training, with the use of the Statsports GPS trackers ensuring Temple Jones, Athletic Performance coach Ed Slattery and Sevens Sports Scientist Beth Smith have the ability to monitor each player’s workload and feed that data back to the group on a bi-weekly basis.

“It keeps players accountable and the competition within the groups off the back of that data we feed back to them on WhatsApp is huge,” Temple Jones continues. “The daily competition with each other is probably something they’re missing most during this phase so we’ve been trying to formulate scenarios where we can harness that competition. Whether it’s feeding back the GPS and running metrics or whether it’s a player seeing one of their team-mates beating their burpees or push-ups record on the Zoom call.

“It’s massively important from the squad’s health perspective and that drives them on. If we can do anything to drive that connection within the group so when we come back to train as one again, everyone feels like we haven’t been away for too long and we can crack on as quickly as possible.” 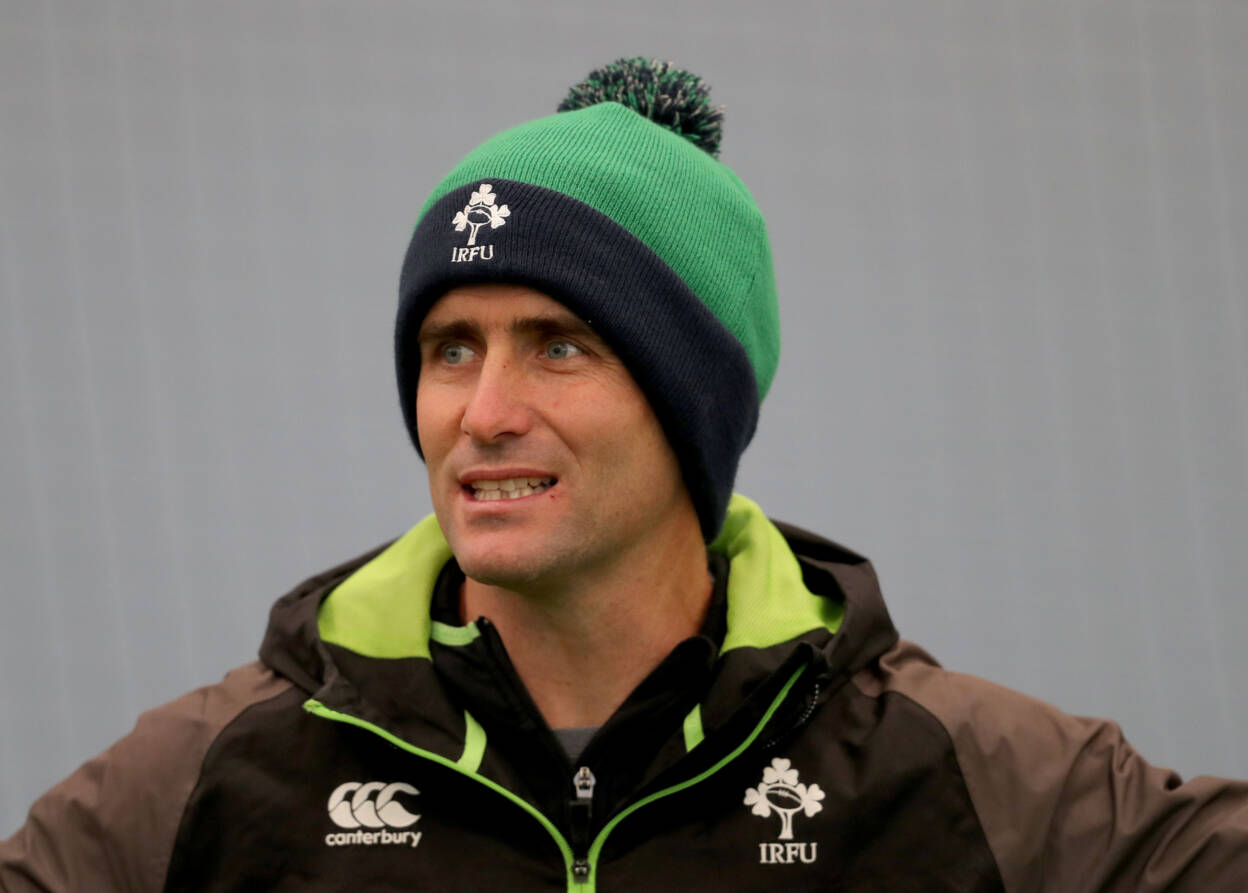 With the World Series rounds in Langford (Women), London (Men) and Paris (combined) all scheduled for May postponed, and the Olympic Repechage tournament due to be played in June on hold in light of the decision to postpone the Games until 2021, the Ireland Sevens squads must wait for a clearer picture to emerge on what the rest of their season will look like.

For now, however, the focus has been narrowed on being in the best shape possible for when the restrictions are lifted and the groups can reconvene in the High Performance Centre again.

“The biggest focus for us, and it’s probably the simplest one too, but it’s just to make sure we get our running done,” Temple Jones adds.

“Sevens is a massive running sport and if we can get a decent volume through them and make sure the players are hitting a fair amount of high speed running and hitting their max velocity exposures, then hopefully we can reduce that risk of injury when they do come back in to training.

“We had a two-week training block and the players are now on a bit of downtime. We’ll then build up for the next three weeks where we increase their running loads and intensity again to make sure when we do come back together, the coaches can have them in good shape and we can focus on the rugby that we’ve been missing for this period. We need to be ready to come back to train whenever that is.”