Energia AIL: A 30 Year Rugby Legacy, will air on TG4 on Sunday, November 21st at 17:15, and will be available episodically to watch on YouTube from Monday 22nd of November.

In Round 9 of the Energia AIL Div1a, the final round to be played before the winter break in mid-December, UCD and Garryowen were vying to cement their positions in the top four of the league table at the midway point of the season.

Garryowen were on a run of five straight wins including victories over Ballynahinch, Young Munster, Clontarf, Terenure and UCC.

After an opening round loss to Lansdowne, UCD went on a six game unbeaten run of five wins and a draw but they came a cropper in round 8 as they met a Cork Con side in an uncharitable mood and conceded 50 points at Temple Hill following a red card for the students. 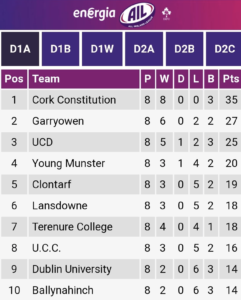 Garryowen would have been confident of picking up their third away win of the season especially having won the corresponding fixture at the Bowl during the 2018/19 season.

The visitors raced into a 11 point half-time lead (8-19) including a try from Colm Quilligan to make it four games in a row for the prolific winger.  UCD however fought their way back to secure a restorative five pointer which included a hat-trick of tries for Ronan Foley and an injury time try to claim the victory. 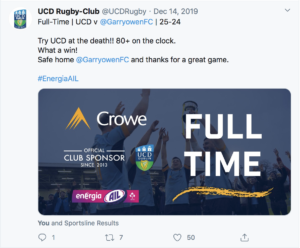 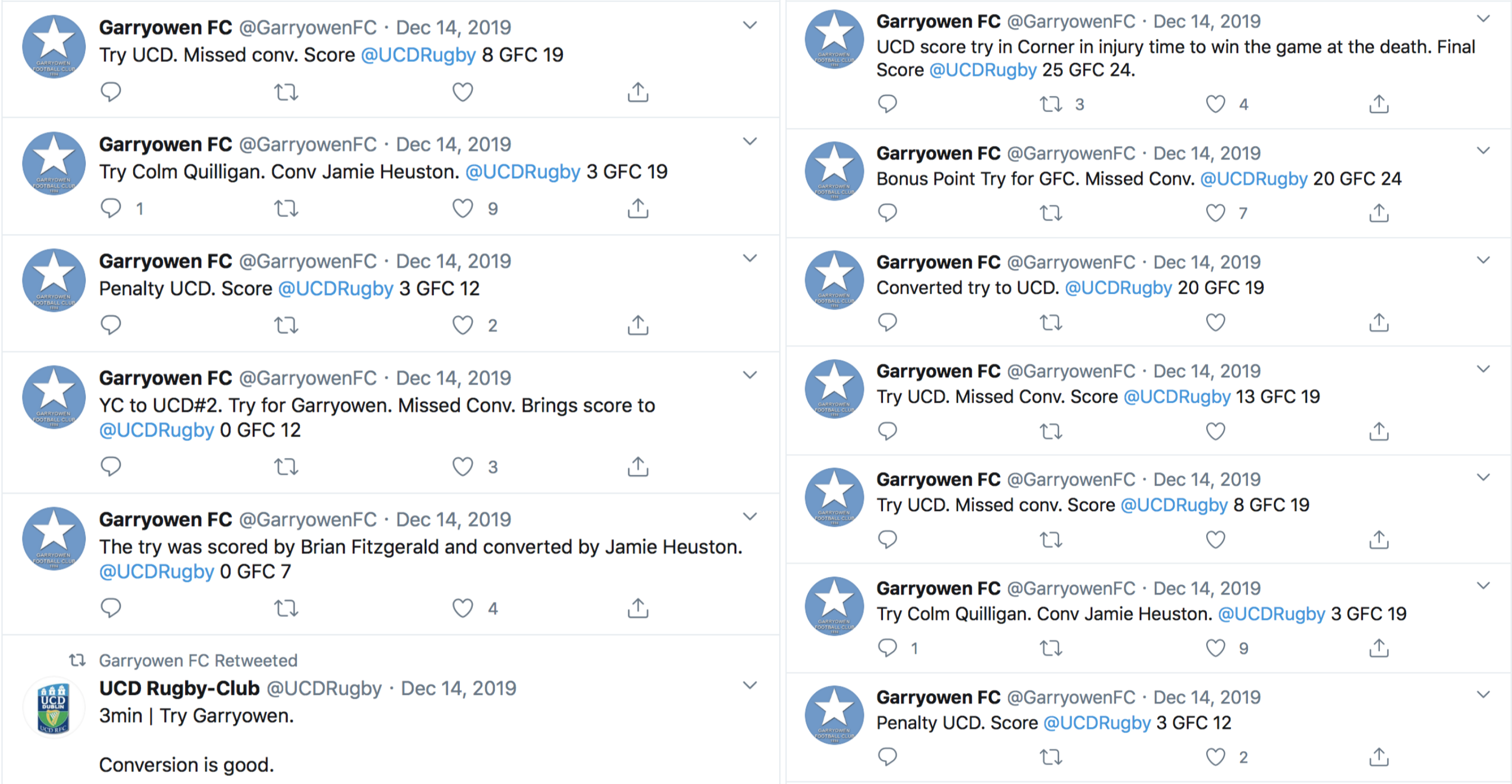