Despite having just discovered that his team were going to be idle in the Guinness Six Nations for a second week running, Ireland head coach Andy Farrell remained upbeat throughout yesterday’s press conference at the Sport Ireland Campus.

After the outbreak of the Coronavirus caused the postponement of their fourth round match against Italy at the Aviva Stadium last Saturday, Ireland were hoping to resume their Championship campaign against France in Paris in four days’ time.

However, with the French Government signalling their intention to call off any public gathering of more than 1,000 people, a somewhat inevitable decision was undertaken on Monday afternoon. This leaves the Ireland squad in limbo as regards the conclusion of the Six Nations with their remaining fixtures now possibly taking place in October.

As things currently stand, England and France sit top of the table on 13 points, followed by Scotland (10) and Ireland on nine. Farrell’s charges have played one game less, so the title is still very much up for grabs.

“We’re a team that is still in control of our own destiny so it’s not a bad place to be. Everybody knows that the Six Nations is unbelievably difficult and everyone judges us on our performance,” admitted the Ireland head coach.

“At the end of the day we are two wins from three and so are a couple of other teams and some teams are below that. Regarding the outcome of those games, our destiny is still in our hands.”

Given a 35-strong squad had assembled at the IRFU’s High Performance Centre for a week of intense preparation, Farrell acknowledged there was obvious disappointment in the camp at the prospect of another week without a competitive game.

Nonetheless, Farrell understands the sound logic behind the decision to call off their latest showdown with les Bleus, agreeing: “It is what it is. You can’t do anything but the right thing. The reaction of the players when we’ve come back off a good morning’s work was one of deflation a little bit.

“Gutted. We’ve built up for a couple of weeks on the back of a disappointment and we were looking forward to the week ahead. We were literally on the training field going through our prep for this afternoon and tomorrow.

“We had some good chat setting up our week nicely and we’ve come off the indoor training field and we get the news. We’re disappointed it’s not going ahead but we understand fully. We had a joke. We said let’s just forget about those three hours’ work!

“No, it’s all good. It’s all in the bag, isn’t it? That last couple of weeks’ preparation. We shall make sure we harness that and then we’ll catch up on the bits we’ve missed out on in the not too distant future.” 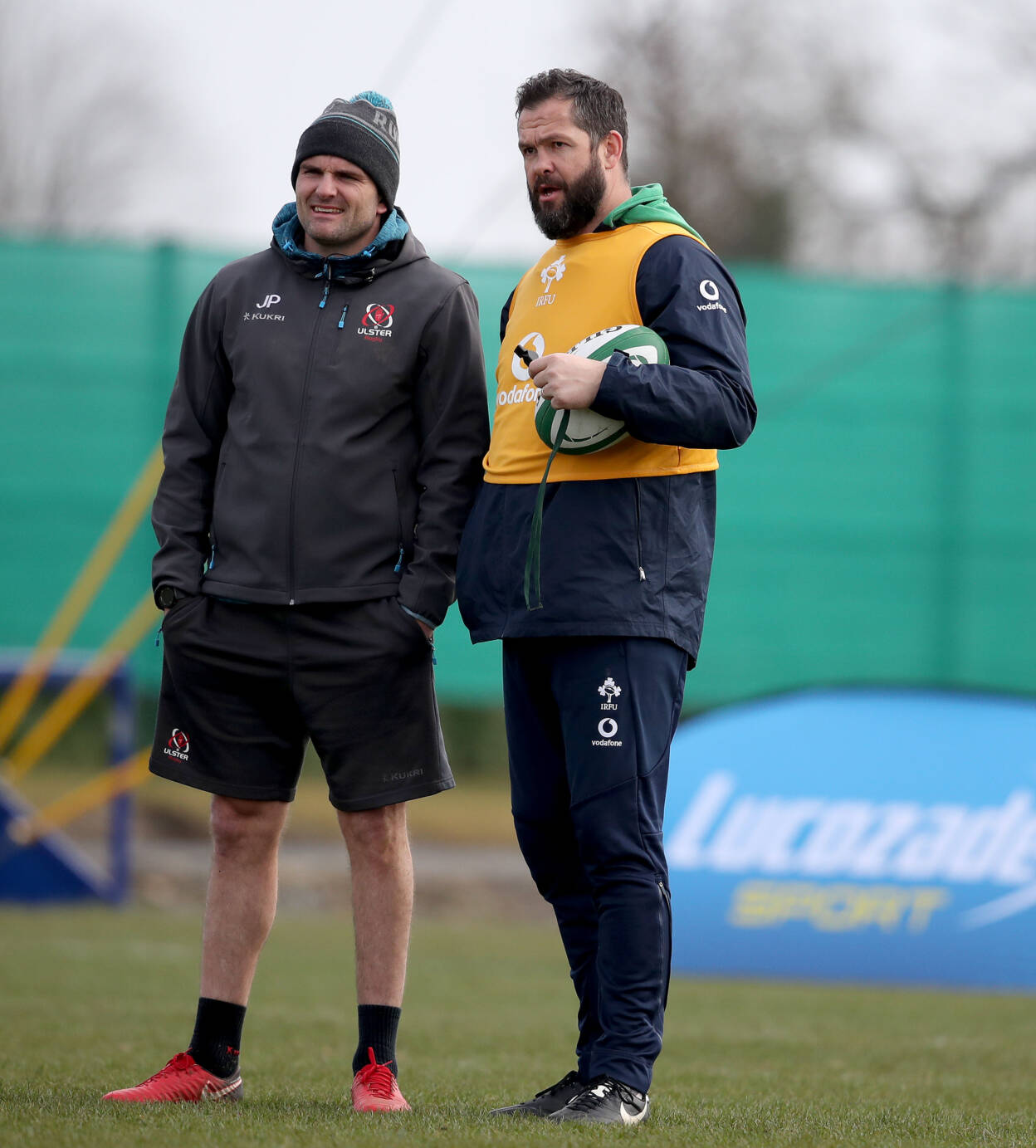 Farrell will now have to wait until July for his fourth international at Ireland’s helm – the first of two summer Tests away to Australia. After that, it becomes quite hectic for the Wigan native and his troops with the rearranged Six Nations fixtures possibly preceding the GUINNESS Series in November.

The Ireland players also have provincial commitments to consider during this period and Farrell admitted their plans for the closing months of 2020 could be thrown up in the air.

“We thought we had two games to play before the Australian tour, but that’s not to be. The boys will slot back in with their provinces in the not too distant future and there will be some big games coming up between now and Australia. We don’t know where we are going to be in a month’s time, never mind in a few months’ time.

“There’s a plan in the back of our minds, but plans change along the way as well. You’ve got to look at the whole picture of the November calendar from our perspective. We’ve got three really tough games coming up. We’ve got the two against Australia, and then South Africa, Australia and Japan in November.

“It’s a tough old five games and then you’re throwing in what is effectively, hopefully, a semi-final and a final, regarding the Six Nations. It changes the goalposts a little bit so it does take some reflection.” 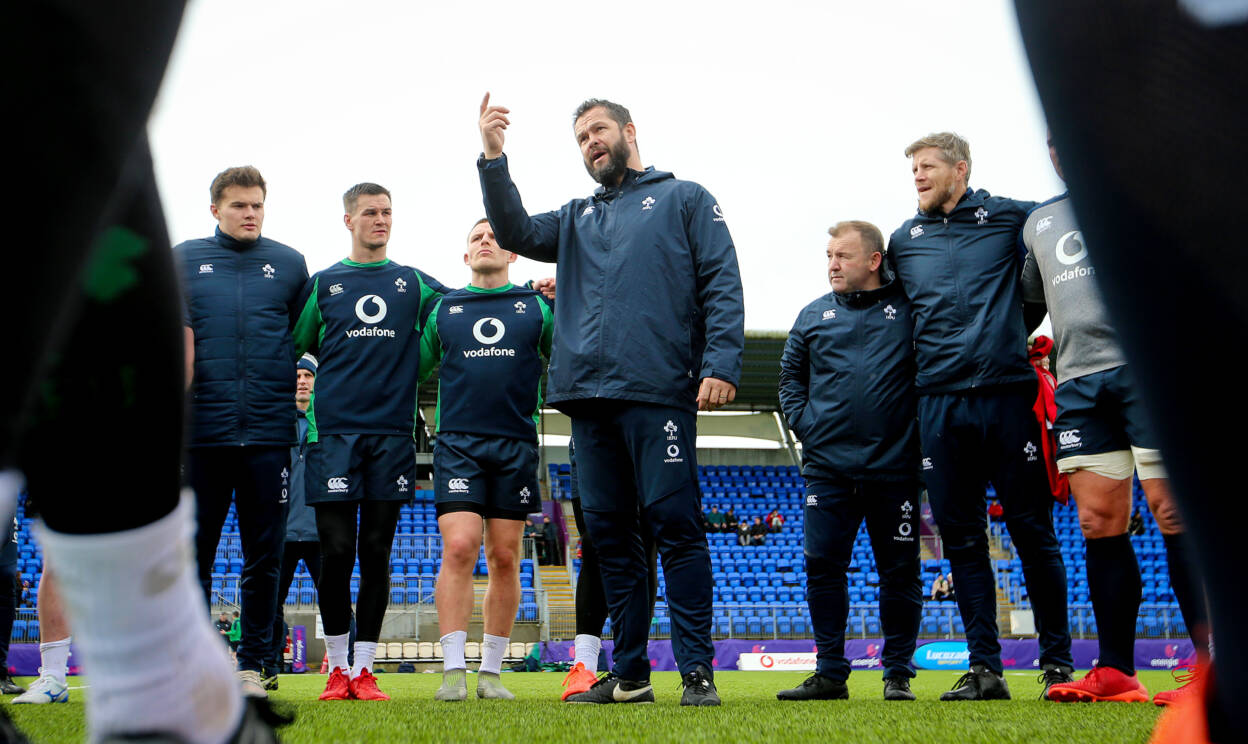 Munster and Ireland were dealt a blow last week with the news that Joey Carbery will miss the rest of the 2019/20 season following ankle surgery. Farrell is confident that the 24-year-old talent can regain fitness and form in the coming months.

“I’m gutted for Joey. He’s been through a lot over the last few seasons, but I’ve spoken to him a couple of times and his luck will turn. It will. He needs to do the right thing and get himself fully fit and we’ll make sure that we help Munster to try and make that happen. He’s a great human being for one, and he’s a class player as well.”

Farrell also had some words of encouragement for back row duo Dan Leavy and Jack Conan, who are still in the rehabilitation phase following their respective knee and foot injuries in the past year.

“Dan’s doing really well as far as his recovery is concerned. He’s meeting all the markers and they are very excited about where he’s at at Leinster. Him and Jack Conan, we hope to see them back sooner rather than later,” he revealed.