Ireland captain Billy Dardis joined the 15 other captains from the competing nations at Manhattan Beach Pier ahead of this weekend's LA Sevens. ©Mike Lee/KLC Fotos/World Rugby

Ireland Men’s Sevens captain Billy Dardis says his side are primed to go ‘hard at’ this weekend’s LA Sevens after a good week of preparation which has involved the players getting out to enjoy the iconic sights and sounds of the Southern Californian city.

While there has been a sharp intensity to on-field preparations since the team’s arrival in Los Angeles on Monday evening, the downtime afforded to the squad in between sessions has been equally important for recharging mentally and physically ahead of the fifth leg of the Men’s HSBC World Rugby Sevens Series.

From Venice Beach, to Rodeo Drive, to Beverly Hills and the Hollywood Walk of Fame, there has been no shortage of places to see during the week for the Ireland players, but now the focus has reverted back to the task in hand, starting with Saturday’s Pool B opener against Canada at Dignity Health Sports Park (11.13am local time, 7.13pm Irish time).

Anthony Eddy‘s side made use of the world-class facilities at UCLA on Tuesday and then trained at the impressive sports campus at Dignity Health Sports Park, the home of MLS outfit LA Galaxy, on Wednesday as they build towards their return to World Series action.

“We’ve had a great week in LA so far after arriving in on Monday evening,” Dardis told IrishRugby.ie. “We’ve worked hard in training and then yesterday had the chance to go to Venice Beach for the evening and this morning go up to Hollywood and Rodeo Drive.

“It’s important to get out and enjoy downtime during the week as we train so hard so you have to be able to switch off and it’s a great experience to go around the world and play in these places. LA has been pretty cool but the focus now turns back to the task ahead and we’ve got our captain’s run tomorrow morning.” 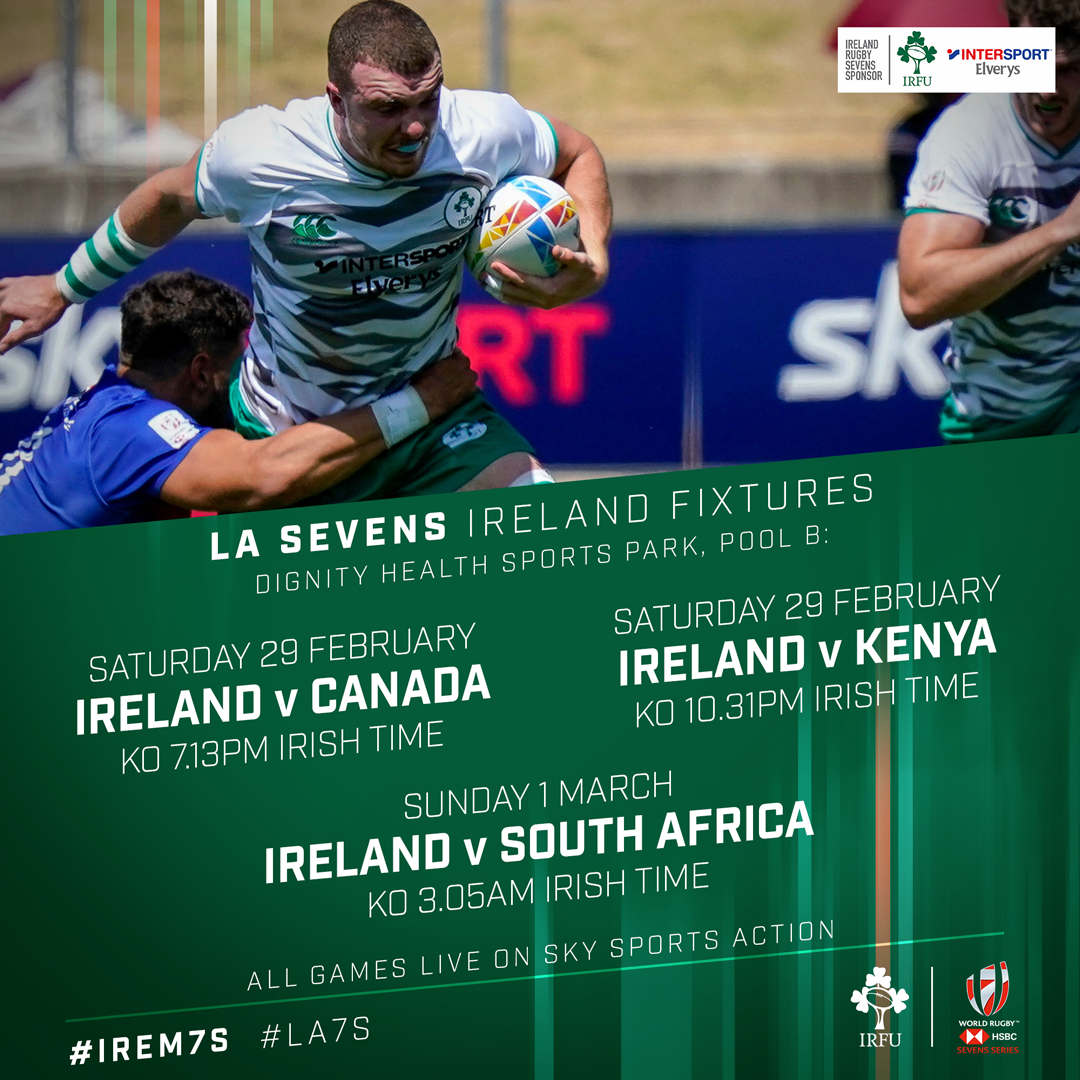 Having finished seventh in the last tournament in Sydney, Eddy’s side currently sit ninth overall in the World Series standings and are hoping for a big performance this weekend.

“The Americans always put on a good show and we’ve had some good experiences here with the World Cup in San Francisco when we won the Challenge Trophy two years ago,” Dardis continued.

“Coming off the back of Sydney we are building in towards this weekend so we’re hoping for a really good performance. We’re looking to carry some momentum into it and go really hard at it, particularly with Hong Kong and Singapore being cancelled after these tournaments. It’ll be a big weekend for us.”

You can follow all the build-up to the LA Sevens on IrishRugby.ie and on IRFU social media channels throughout the week, while the action will be live on Sky Sports and on the RTÉ Player to viewers in the Republic of Ireland.