Despite finding it difficult to replicate his extraordinary try-scoring form of 2018, Ireland winger Jacob Stockdale insists that he is happy with where his game is at in this year’s Guinness Six Nations.

Courtesy of eight tries in 10 Tests, including seven during the Grand Slam-winning campaign of 2018, he marked himself out as one of the most lethal finishers in international rugby. Since then, he has managed just four tries in 13 games for Ireland and is currently on a run of six caps without a score.

While admitting to an element of frustration at being closed out in recent Test matches, the 23-year-old Ulster star is convinced that he performing at a higher level than two years ago. 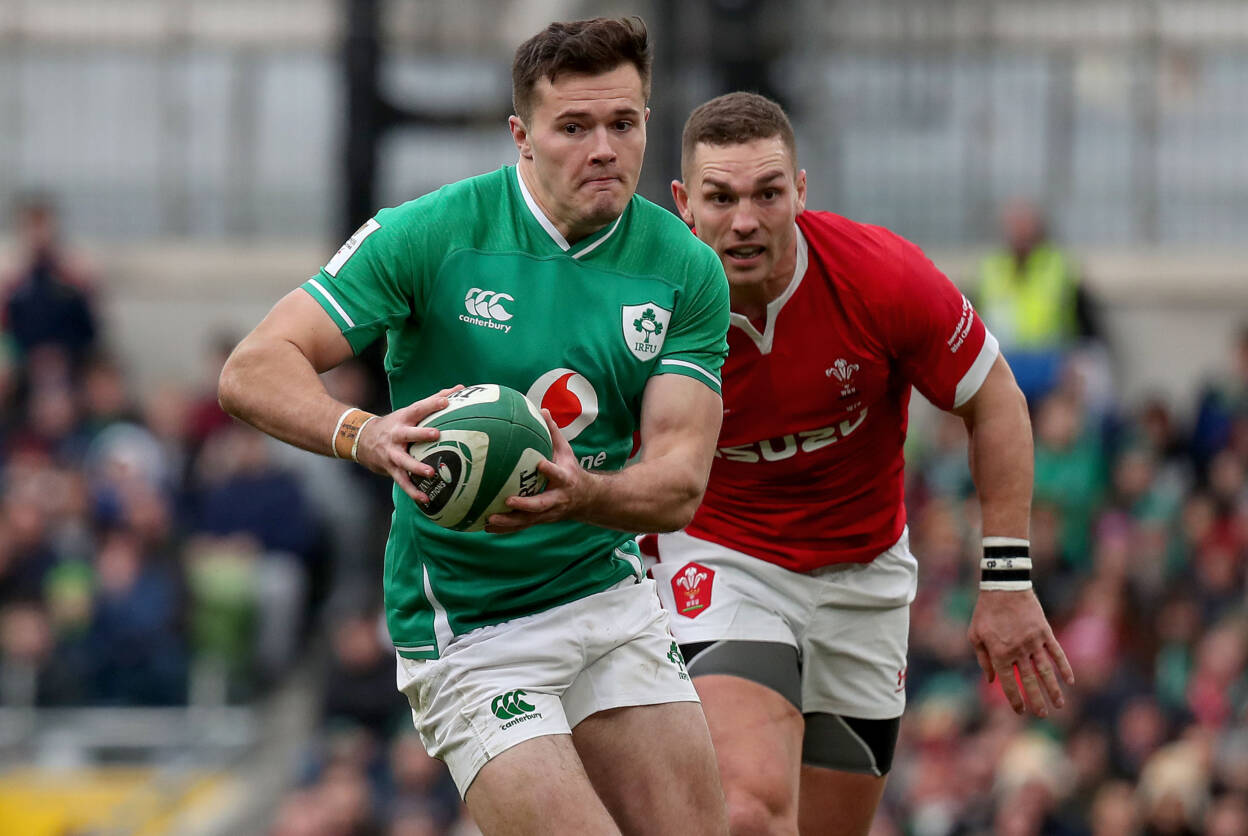 “To be honest, I think I’m playing better rugby than I was in 2018,” he said this week, ahead of his return to the scene of those unforgettable 2018 Six Nations title celebrations at Twickenham Stadium.

“I’m enjoying myself a lot more. I’m a lot more solid defensively. I feel like I’m getting my hands on the ball a lot more than I did in the 2018 Six Nations. It just happens to be that the tries aren’t coming my way. As a winger, every winger knows that you’re going to experience dry spots.

“Times when passes don’t get thrown to you and you don’t get those walk-ins that, as a winger, you have to feed off every now and again to get those tries. I’m really happy with where my game is at, at the moment. I’m really enjoying my rugby and hopefully a couple of tries will come my way in the next few weeks.”

Although Andrew Conway is not exactly a veteran at 28 years of age, he exudes a certain seniority in comparison to young cubs like Stockdale and 22-year-old full-back Jordan Larmour. Nonetheless, both Stockdale and the St. Andrew’s College prodigy have more caps under their belt than Conway – meaning they are not exactly novices at this level.

Even if they are still to fully blossom as a back-three combination, Stockdale believes they are all heading in the right direction, saying: “I don’t think we’re still finding our feet, although me and Jordo are still pretty young. Bomber (Andrew Conway) not so much!

“We don’t have an awful lot of caps, but we’re still pretty experienced, I’d say, at this point. We’re quite cohesive in the back field and looking from the first two rounds (against Scotland and Wales), I think things have been going pretty well.

“We still have a lot to work on and we still have to get that 100% knowing where each other is without telling each other. We’re definitely getting there and I don’t think it’s a matter of finding our feet anymore. We’re playing well, but we want to keep playing better and we want keep pushing to that very, very top level.” 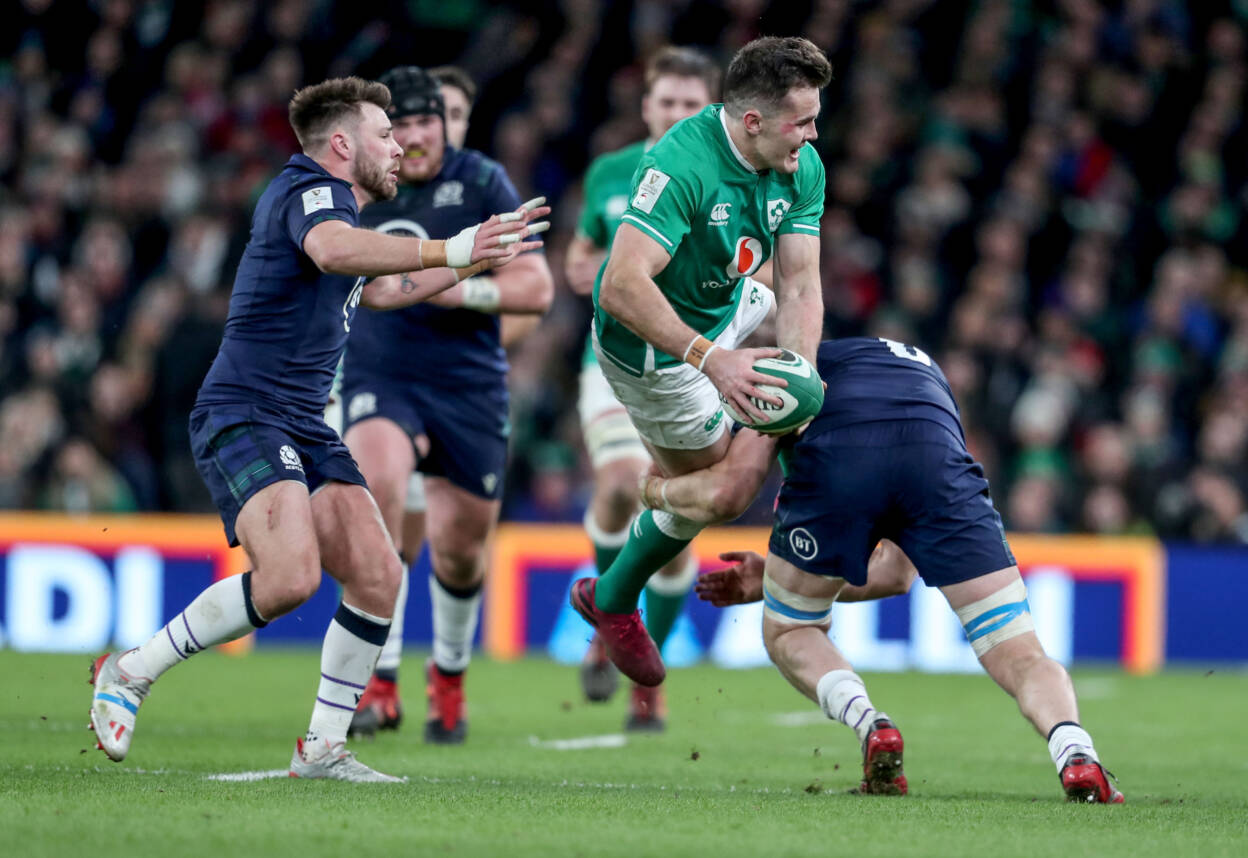 Like the rest of the squad, Stockdale has watched on as two visitors to the Ireland camp have attempted to impart their undoubted knowledge on the group this week. Former Ireland captain Paul O’Connell has spent time at the IRFU High Performance Centre in Blanchardstown, while U2 front man Bono dropped by the team hotel, Carton House, on Tuesday night.

Despite Stockdale being too young to have either played with or against O’Connell, he has welcomed his presence during week three of the Six Nations, revealing: “I’d say I’ve only met him a couple of times. I haven’t really been getting to chat to him an awful lot, but it’s clear to see the respect that he still has around the camp and with the guys who have played with him.

“Paulie’s just trying to get an idea of what the culture is like and anything we can be doing better. It has been brilliant to have him about. He’s having a bit of craic with the lads as well and seems to be enjoying himself. It has been good.”

As for the unexpected sight of Bono in the company of an international rugby squad, Stockdale recognised that it was part of head coach Andy Farrell’s desire to bring a stronger sense of Irishness into the set-up.

“Faz wants to give us a sense of our identity. He is doing that through our training but also through things like speaking to Bono and last night he talked about Irishness. What it means to be Irish and what’s special about it. That’s definitely something that Faz is bringing in and something we, as a team, are really buying into. It’s quite exciting,” he added.