Munster Rugby and the IRFU have confirmed that Andrew Conway, Billy Holland and Jeremy Loughman have all signed contract extensions with the province.

Conway has signed a three-year deal that will see him remain with Munster until at least July 2023. The winger/full-back, who has made 124 appearances to date for the province, has produced plenty of memorable moments in red.

The 28-year-old is Munster’s third highest try scorer of all-time, with 42 tries scored since his debut against Zebre in September 2013. On the international stage he has made 20 appearances for Ireland, most recently earning his first Six Nations start against Scotland.

With an impressive strike-rate, Conway has scored 10 tries in the green jersey and was Ireland’s leading try scorer at the recent Rugby World Cup in Japan, touching down in each of his three games.

Meanwhile, 34-year-old lock Holland, the most experienced member of the current Munster squad with 226 caps, has penned a one-year contract extension.

A leader in every sense, Holland continues to deliver each time he represents the province. In his 13th season of competitive rugby, he has shown impressive durability and form to be a constant inclusion in weekly teamsheets. This season he has captained the side on five occasions, starting 12 of his 14 appearances to date. 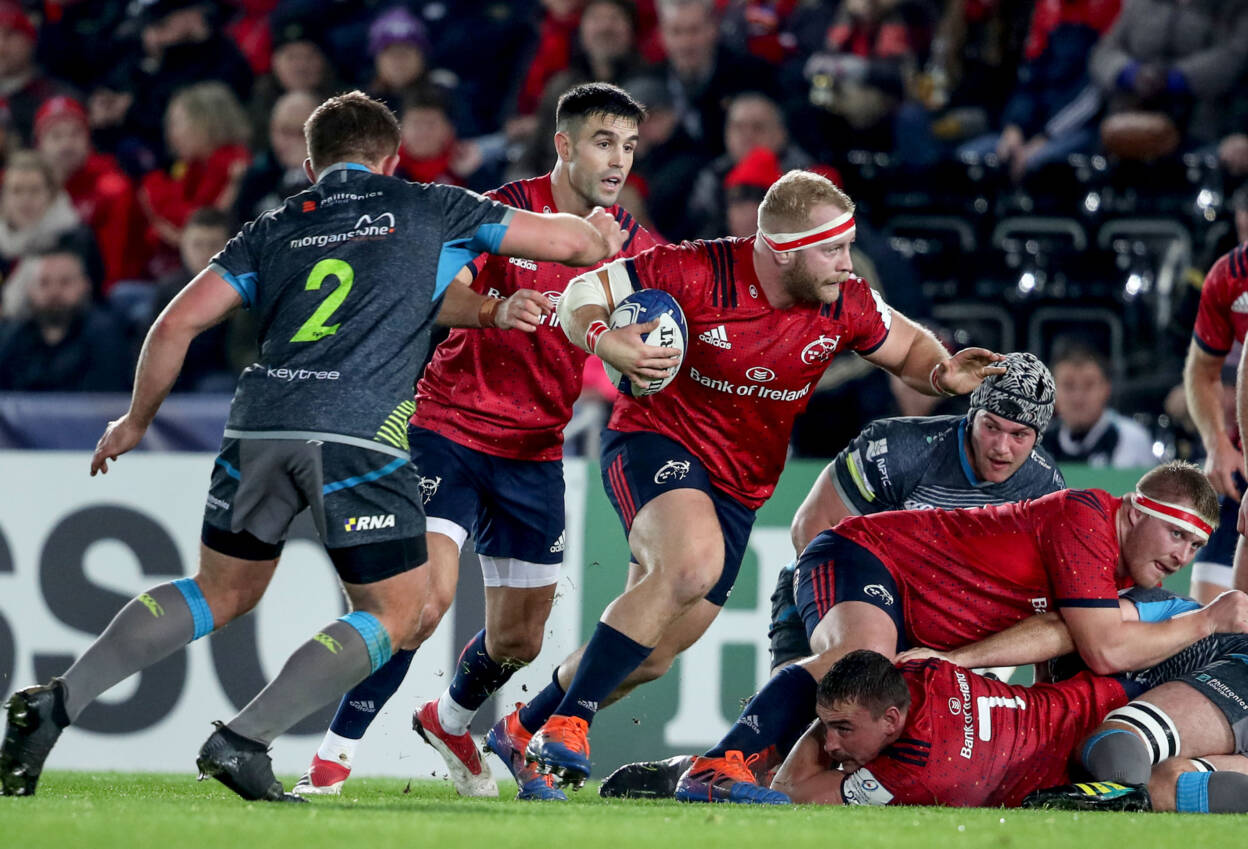 Prop Loughman has put pen to paper on a two-year deal that will see him remain with the province until at least June 2022.

From Athy in Co. Kildare, the 24-year-old made his Munster debut in January 2018 and has lined out in red on 36 occasions. In November he produced a try-scoring man-of-the-match performance against the Ospreys on his first Heineken Champions Cup start.

Commenting on the latest contract extensions, Munster head coach Johann van Graan said: “Retaining the services of Andrew, Billy and Jeremy is again great news for Munster Rugby and for our plans for the future.

“They are a quality trio that all add huge value to our squad with their own individual skill-sets and experience. It is another huge boost for the province.”