Despite making a strong impact on her Six Nations debut against Wales, Ireland Women’s second row Judy Bobbett knows she faces stiff competition to hold onto a starting place in the team.

Making 18 carries for 79 metres and landing 14 of her 16 tackles, Bobbett played the full 80 minutes of Sunday’s weather-beaten clash as Adam Griggs’ registered their second successive home win of the Championship.

“We go back into a training camp next week,” she explained. “The jersey is up again for grabs. Whoever performs again gets a jersey. No one in this team thinks they own a jersey. 1-15 and so on. We’ve a big panel for a reason. Different players and different dynamics work.

“This week we did look at the Welsh pack and obviously I bring a bit more weight, a bit more physicality into the pack. That was kind of our main focus today, scrummaging. We worked very hard this week on it. Thankfully in terms of keeping the pressure off, it worked.”

The Meath native picked up her second Ireland cap, having previously lined out against the Welsh for her debut last November. While that Test at the UCD Bowl gave her an initial taste of international rugby, she admits it paled in comparison to what she encountered last weekend.

“Familiar kinda setting, but every game is different. Every venue makes a difference and the Six Nations is such a big step from the Novembers. By the crowd and by the PR around it. My phone was buzzing all week, definitely 10 times more than it was in November.” 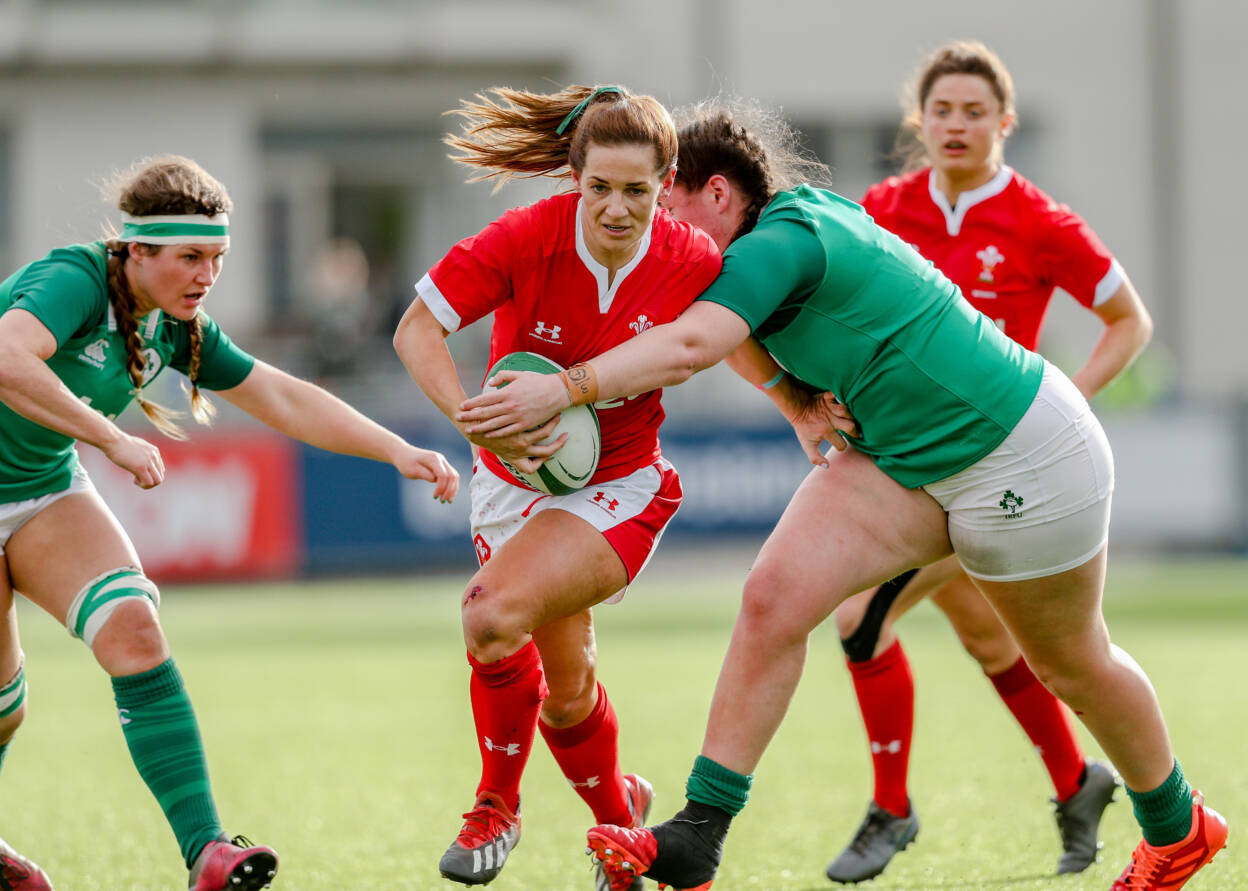 Still only 20 years of age, Leinster lock Bobbett is part of a new wave of young talent breaking into the Ireland senior set-up. Teenagers Beibhinn Parsons and Dorothy Wall have both featured in the opening two rounds, while Victoria Dabanovich-O’Mahony (19) and Enya Breen (20) are also part of the Six Nations squad.

Bobbett acknowledges that the presence of experienced figures within the group helps to make their jobs easier, saying: “We’re all kinda under 21, but we wouldn’t be learning a lot if it wasn’t for the senior players showing us the way.

“Aoife McDermott, Nichola Fryday, Ciara Cooney, all the second rows have shown me my trade and I can only thank them. It’s not easy for them if they’re competing against me. They’re doing a phenomenal job.”

Having played the opening 50 minutes of the contest in bright and dry conditions – a factor that contributed to Ireland’s impressive attacking play during that period – the final half-an-hour saw Storm Ciara blow in menacingly over the Donnybrook venue.

Rain and hailstones – not to mention a gale-force wind – made handling conditions extremely difficult. Bobbett agreed that it was a hard slog during the final quarter, but she was very pleased with the collective effort shown as Ireland controlled possession and eked out another try late on. 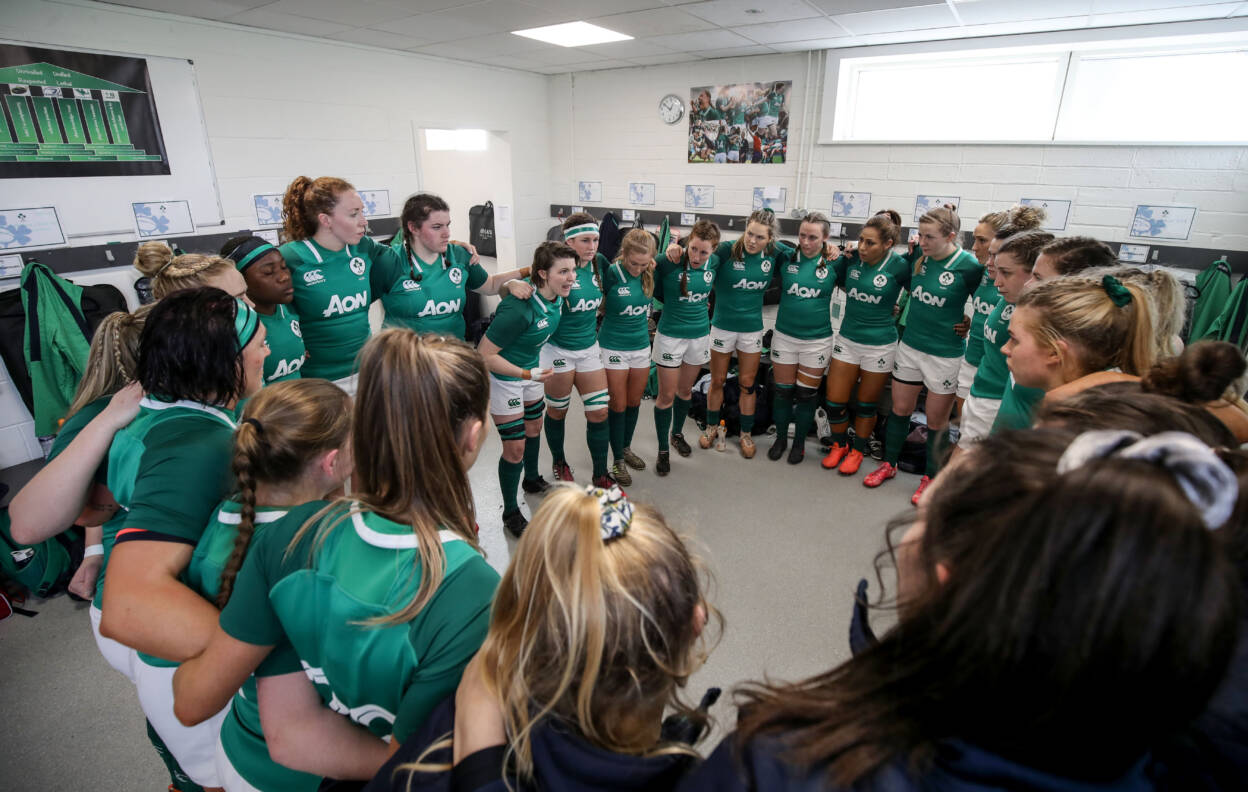 “I probably couldn’t see ahead of me for a while! My head was down. Luckily when it was at its worst, it was nearly the scrum time so I could keep going. The girls, we got into our phase play.

“We know how to play the ball when it gets like that and we come together as forwards. Definitely, that patch of 10 minutes we had to come together and work as a unit. I think us forwards feel for each other anyway.

“When I saw a few balls going back to Eimear (Considine) and Lauren (Delany), I thought, ‘just touch it with your foot or something’. She has a GAA background so I’m sure she’s used to it anyway. They played well. Wales tried to kick it out as any other team would, but we dealt with it well.”

Following a hugely encouraging start to their 2020 campaign, Ireland will test how far they have come when visiting England, last year’s Grand Slam champions, in round 3. Castle Park in Doncaster is the venue for that eagerly-awaited February 23 fixture.

The Ireland Women have claimed only two wins in 29 Test matches against England, both of which were achieved at Ashbourne in the Six Nations Championship-winning years of 2013 and 2015. Bobbett will be ready for the Red Roses’ challenge if called upon.

“I haven’t played England yet so on a personal note, if I’m lucky, I’m going to go in how I went in with this game, any other game, and prepare myself. I can’t control the environment. As long as I prepare myself and the girls do that, I don’t think it’s going to be too daunting,” she added.