Last Saturday’s game at the Aviva Stadium between Ireland and Scotland represented a major milestone in the life of David Bennett.

Between his work as a volunteer steward and his ardent support of the Ireland team over the decades, he has been in attendance at no fewer than 200 Irish rugby internationals. On what was a special occasion for Bennett and his family, he was thrilled to see Andy Farrell enjoy a winning start as head coach.

“It was quite an eventful day. I was down at the Captain’s Run on Friday as well. I got my fill of it. It was great and we got a win too, which was really important as well,” he said.

The Guinness Six Nations opener was just under 50 years to the day since his first Ireland game as a spectator – a Five Nations draw with France on January 30, 1971. Since then, Bennett has witnessed some iconic moments – both at home and abroad.

“There have been some great games and, dare I say it, some horrendous games as well where we lost! I remember more the good ones than the bad ones, let’s say!”

While Bennett’s work as a steward covers roughly 50% of the Ireland matches he has attended in person, he has become a regular face to many on match days and will once again be lending his assistance for Saturday’s second round clash with Wales.

“I work at Block 104. There will be disabled people along that section. We look after them, so they can get in and out as they need to. Which is great, that they get to see the game and we can look after them too as well.”

Bennett’s passion for rugby extends well beyond the international arena, having been a member of Old Wesley RFC in south Dublin – a stone’s throw from the Aviva – for virtually all of his life. Indeed, it was through the Donnybrook club that he first became involved in stewarding.

I was asked by one of the club members of Old Wesley, who had always traditionally done volunteering for the IRFU. Going back to the days when nearly all the people were volunteers. Or all the stewards were. I was asked to do that 100 games ago, or whatever it was, and I haven’t stopped since then.

“I was a member of Old Wesley since I was four years of age. My father was involved in the club at that stage. He used to drag me down there. The pack of sweets as the carrot to get me there. I got attached to it and I played in Old Wesley for a number of years.

“I wasn’t very good, but some of the guys that I work with still would have been playing with me in those days. A lot of connections through the rugby club, which is great.”

Despite being an ardent Leinster supporter, Bennett has also travelled far and wide to cheer on the other provinces in European action. Yet, it is the successes of his home province that understandably hold a special place in his heart.

“We’ve been to a lot of the Leinster games overseas. Final, semi-finals, quarter-finals. I’m probably approaching 200 there as well! It’s quite a number and obviously a lot of the Champions Cup matches are the finals that we’ve won. Unfortunately last year’s one when we lost, but all the other ones have been all victories. Which was great.”

In order to maintain his uninterrupted run of attending Five Nations, and now Six Nations, games in some capacity, Bennett has had to undertake some very careful planning. This means that other events are quite often put on the back burner and 2020 has proven to be no different thus far. 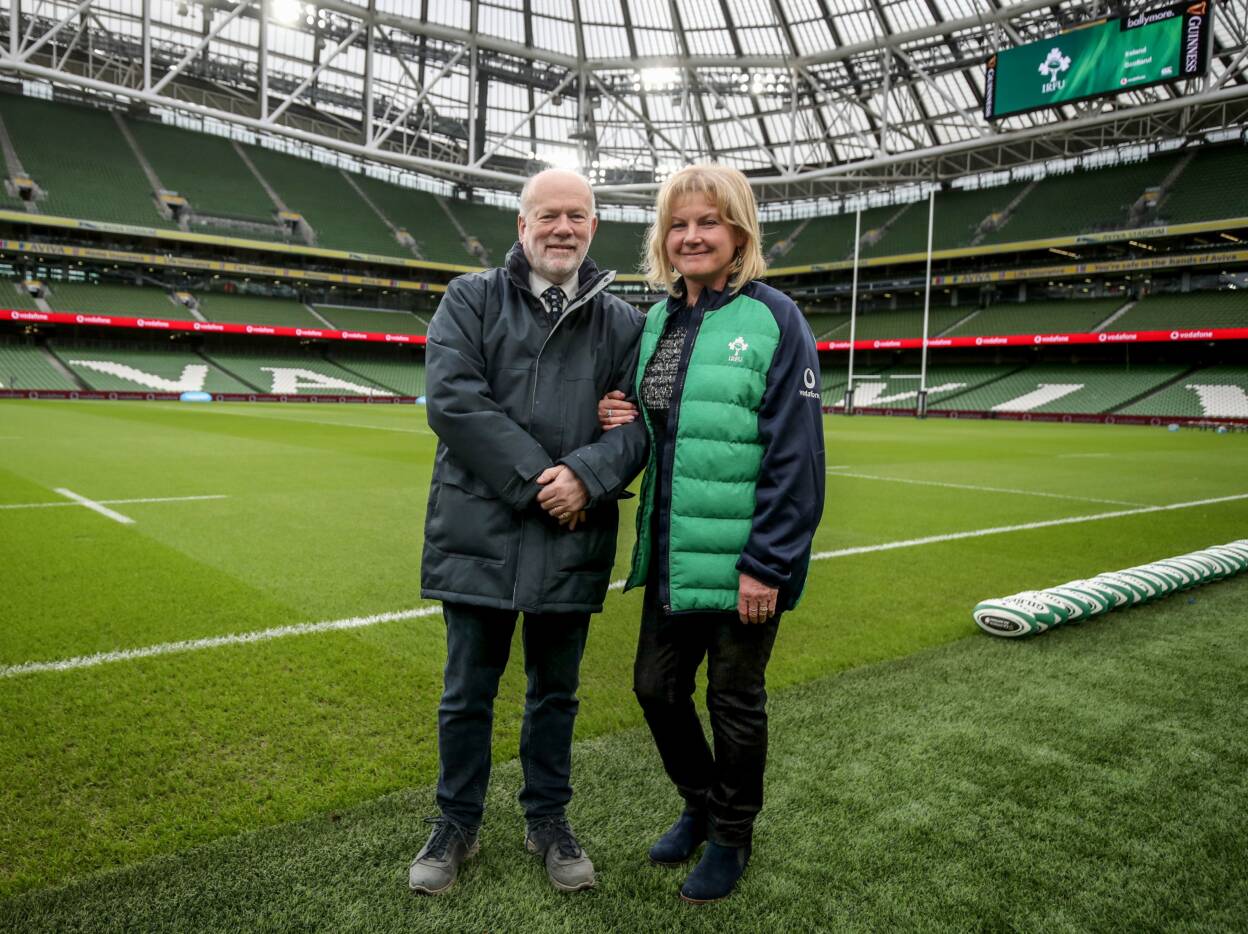 My wife Gemma was trying to get me to go away to Frankfurt for family reasons. We were just going through all the Ireland matches and the Leinster matches. I don’t have many weekends between now and May, but anyway.”

Whatever about later in the season, Bennett will be a guaranteed onlooker for Ireland’s forthcoming Six Nations fixtures. In honour of his remarkable longevity, he will be a special guest for the visit of Italy to the Aviva Stadium on Saturday, March 7.

And what of his own predictions for Wales tomorrow? “Wales will be tough and the Italian match will hopefully be a good game in the sense of us getting a good few tries against them. Certainly after they were well beaten by Wales, but Wales will be a tough match on Saturday. Hopefully we can do it,” he added.