Robbie Henshaw and Peter O’Mahony come in as two enforced changes to the Ireland team to play Wales in Saturday’s Guinness Six Nations match at the Aviva Stadium (kick-off 2.15pm).

Caelan Doris, who suffered a head injury in the opening minutes of the Scotland game, makes way for O’Mahony who starts at blindside flanker with CJ Stander, the man-of-the-match last week, reverting to number 8.

Garry Ringrose’s hand injury is expected to keep him out until the fourth round of the Championship, so Henshaw slots in at outside centre alongside Bundee Aki, his former provincial colleague at Connacht.

Aki, James Ryan and Josh van der Flier will all win their 25th Ireland caps this weekend, with replacement prop Andrew Porter poised to join them in hitting the quarter-century mark in the green jersey.

Captain Jonathan Sexton, the tournament’s leading scorer with 19 points, and his half-back partner Conor Murray will take their own appearance tallies to 90 and 80 caps respectively.

Jordan Larmour, Andrew Conway, who makes his second Six Nations start, and Jacob Stockdale combine again in the back-three, the latter scoring four of his 16 tries to date against Wales.

Head coach Andy Farrell backs a tight five that will be looking to get more out of Ireland’s scrum and maul on Saturday. Ulster’s Rob Herring is flanked by Cian Healy and Tadhg Furlong in the front row, while Ryan and Iain Henderson pack down together in the engine room. 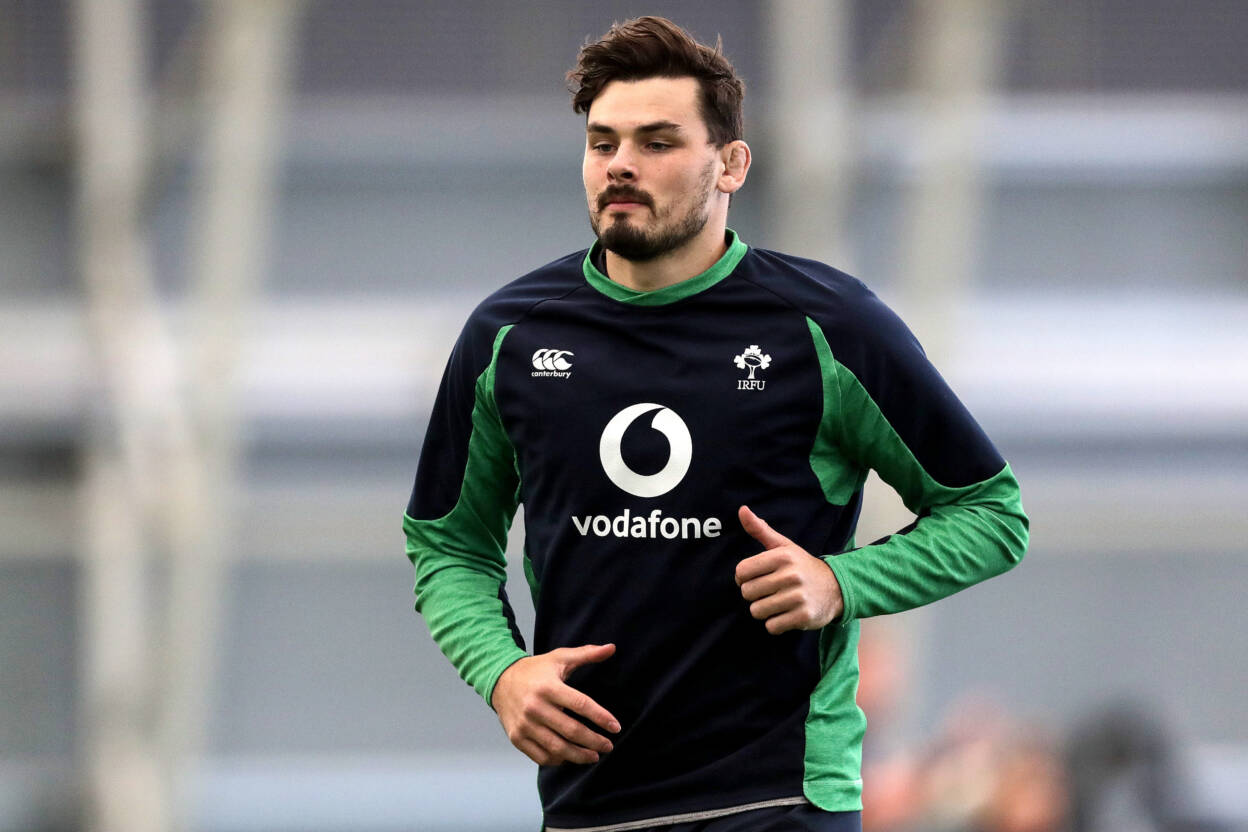 Uncapped 23-year-old back rower Max Deegan is included on a replacements bench which also sees the return of Keith Earls, who has recovered from a knee injury.

Farrell’s other bench options are Ronan Kelleher, Ireland’s second debutant against Scotland, Porter and Dave Kilcoyne, whose involvement is subject to him completing his return-to-play protocols this week, along with Devin Toner, John Cooney and Ross Byrne.

Commenting on the team selection, Farrell said: “I thought Robbie and Pete both did pretty well when they came off the bench against Scotland, and it was fine margins for selection for the game.

“They were outstanding all week, and that rolled into the performance as well. Will Addison unfortunately still has a calf injury and wasn’t available (to be considered). Dave (Kilcoyne) is going through his HIA protocols and is fine at the time, but Jack McGrath is standing by

“I think Max has got all the attributes of a great back rower. You’re going into the unknown in Test match rugby, but we feel he’s ready. He’s a great all-round footballer and we feel that he’s going to add a dimension, especially in attack.”

He added: “I thought Wales were great (against Italy), that’s their second game together after the Barbarians game. I think everyone’s getting carried away with their wide game and they’re doing it really well, but the same old traditions that we saw over the last 10 years under Warren (Gatland) are still there.

“Our confidence is great, believe it or not, because what a position to be. We won our first game at home – some good, some fix-ups, and people aren’t giving Scotland the praise they deserve.

“Hats off to Scotland, we knew it was going to be ferocious because they weren’t happy with what we did to them at the World Cup. They threw everything at us, it was attritional and a proper Test match that needed winning.

“They’ll be deeply disappointed because they threw everything at us and we have to be better at managing that, and we will this weekend. Training was ferocious today, we know what’s coming this weekend but the lads can’t wait to get back on the field.”