It may only have been a fleeting debut appearance, but Leinster hooker Ronan Kelleher got a taste of what international rugby is all about at the Aviva Stadium on Saturday evening.

There were just over seven minutes left in the game when the 22-year-old was thrust into the action to replace Rob Herring, who had turned in a very good performance on his own Guinness Six Nations bow.

Ireland captain Jonathan Sexton had just converted his fourth penalty to give the hosts a 19-12 lead over Scotland, and they eventually held out after absorbing the intense pressure applied by Gregor Townsend’s men.

Kelleher said of Ireland debut: “It was very tough, but obviously I was only on for the stint (I was on the pitch). To be honest, I was just buzzing off adrenaline more than anything else. That kinda got me through it.

“It was attritional, it was tough. Obviously it was pretty quick, but I thought we did really well to dig in. Delighted that we got over in the end for the win. All credit to the lads, they got me into it quite quick. Just happy to be out there.

“It was huge in the context of the game, obviously. For us as a team as well. It was really important just to make sure we didn’t concede there, give them a soft try. I thought we did brilliantly there in that situation.”

Kelleher’s first Ireland cap is just reward for his impressive form at provincial level this season. In just eight appearances for Leinster, the Lansdowne clubman has amassed a handsome haul of seven tries.

Yet, a hand injury sustained in the Heineken Champions Cup away victory over Northampton Saints in early December served to halt his progress. Like Sexton, this was the first competitive game he had played since then.

Although there may have been some concern that he would miss out on Six Nations selection as a result, it was not something that Kelleher dwelt on during his time on the sidelines.

“To be honest, it wasn’t really something that was on my mind. When I had the hand injury, I was just very focused on getting back and playing for Leinster at the time,” explained the young front rower.

“Obviously it was a massive bonus to be included in that stocktake (squad) in December and then obviously in the squad as well for the Six Nations. I was delighted and then when I was back out training, I was just trying to put my best foot forward.” 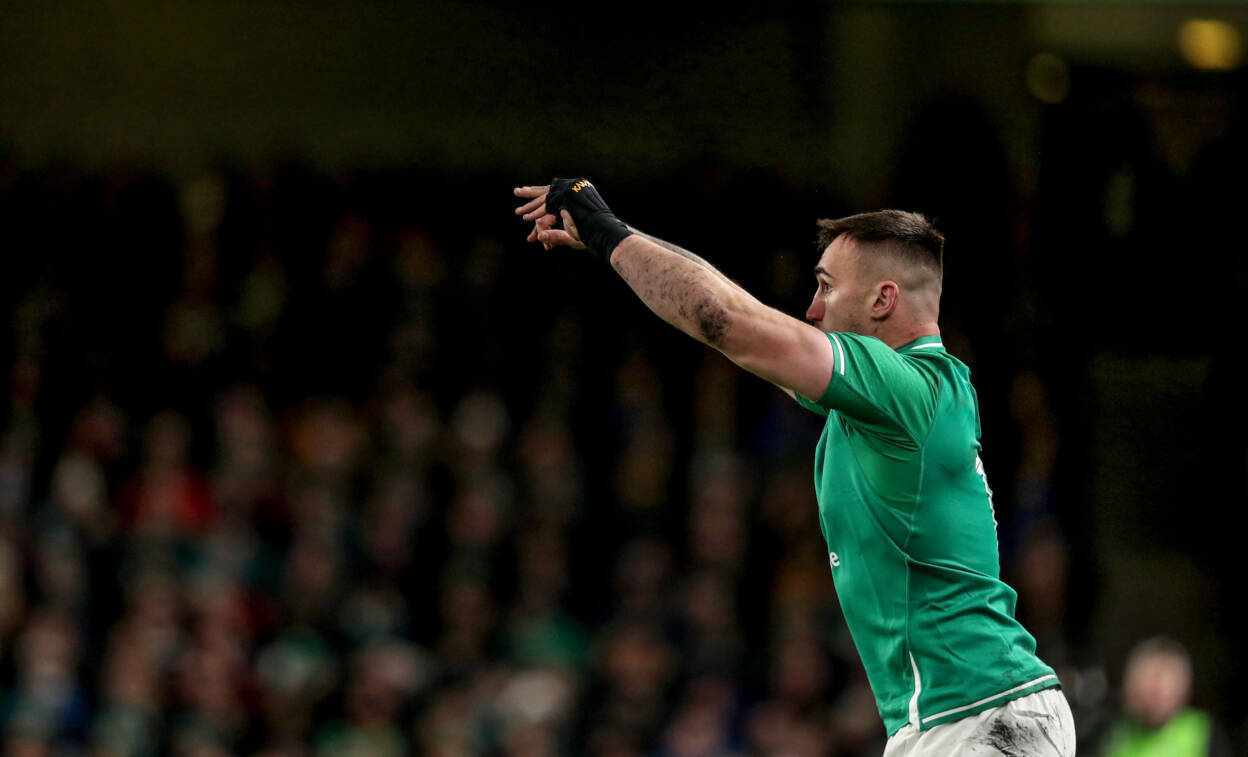 Indeed, with the rest of the squad offering him a warm welcome throughout the week in camp in Portugal and also at the IRFU’s High Performance Centre in Blanchardstown, Kelleher has had no issues integrating into the new environment.

“They were really inclusive, they were all out to support myself and Caelan (Doris). It was brilliant for the two of us and it was extra special to get my first cap with him as well. Obviously it was unfortunate what happened (with him going off early), but I’m still delighted that we both got it together.

“The lads were super supportive throughout. They were just trying to tell us how to deal with everything, telling us what to expect on the day.”

As Kelleher mentions, his 21-year-old Leinster colleague Doris was Ireland’s other debutant on the day. Unfortunately, despite being handed a much-coveted start in Ireland’s back row, the Mayo native’s game-time was even shorter than Kelleher’s.

With just over four minutes gone in the first half, number 8 Doris was removed from the play because of a head injury and Munster skipper Peter O’Mahony took over in a reshuffled pack.

While it was tough to see someone he knows so well – the pair played together in Ireland underage teams – going off in such circumstances, Kelleher confirmed that Doris was already on the road to recovery in the aftermath of the game.

“He was in good spirits. Obviously it was worrying at the time, to be fair. He seems to have come through it well. I was chatting to him, he was happy enough. He’s chatting away and stuff at the moment. His family came in as well, so it was great for the two of us.” 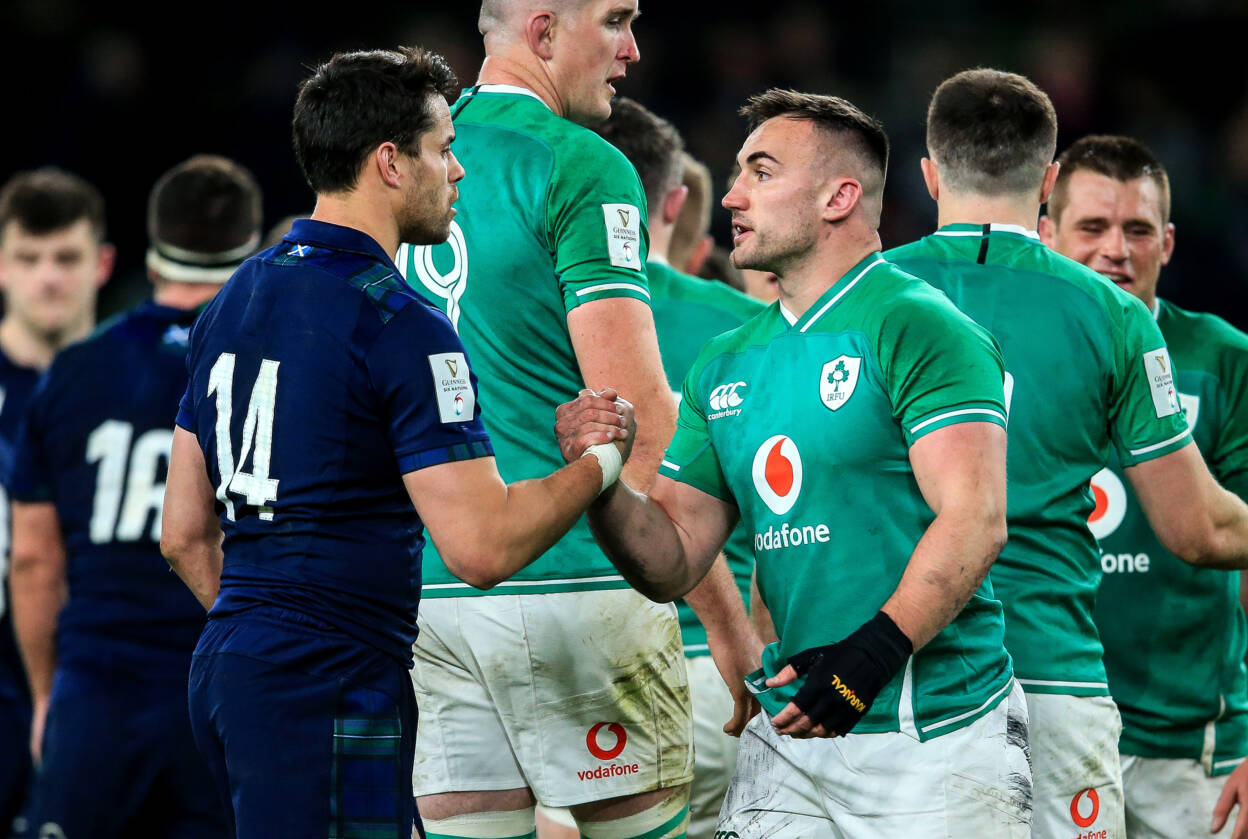 Kelleher’s emergence on the scene has intensified the competition for the number 2 jersey that was worn with such distinction by recently-retired Ireland captain Rory Best for the best part of the past decade.

Best’s former provincial team-mate, Herring, got the nod to start the Six Nations opener, but Kelleher is adamant that it is not a straight shootout between himself and the Ulster hooker for the starting spot.

“Myself, Heff (Dave Heffernan) and Rob are all fighting for it at the moment. On top of that, there’s also Seanie (Cronin) back in Leinster. Obviously, Del (Shane Delahunt) back in Connacht and Niall Scannell as well.

“There’s huge depth in that position. It’s just about trying to make sure you’re on form when you have the opportunity, trying to put your best foot forward,” he added.