For his first Test match in charge of Ireland, new head coach Andy Farrell has selected two uncapped players in the squad to play Scotland in the Guinness Six Nations at the Aviva Stadium on Saturday (kick-off 4.45pm).

Former Ireland Under-20 captain Caelan Doris is brought in at number 8 for his senior international debut, while his Leinster colleague, hooker Ronan Kelleher, could also win his first cap off the bench.

Newly-appointed skipper Jonathan Sexton will lead Ireland for the first time on home soil, having captained the team against Russia during the recent Rugby World Cup. Sexton and Conor Murray extend their Irish half-back record to 57 starts together.

There are five personnel changes to the team that bowed out of the World Cup against New Zealand. Jordan Larmour is set for only his second Six Nations start in the full-back position – he also started there against France last year.

Andrew Conway, a try scorer against Scotland at the World Cup in Japan, earns his first Six Nations start on the right wing with Jacob Stockdale on the left. Bundee Aki is preferred to Robbie Henshaw as centre partner for the in-form Garry Ringrose.

It is a Six Nations debut at hooker for Rob Herring, who replaces his retired Ulster colleague Rory Best in an otherwise unchanged tight five. He is flanked by Leinster duo Cian Healy and Tadhg Furlong, with Iain Henderson and James Ryan in the engine room.

The 21-year-old Doris will pack down at the base of the scrum, the back row selection seeing CJ Stander shift to the blindside flanker role and Josh van der Flier, the top tackler in this season’s Heineken Champions Cup, continue at openside.

Kelleher, who turned 22 just last week, is one of Farrell’s bench options along with fellow forwards Dave Kilcoyne, Andrew Porter, Devin Toner and Peter O’Mahony, the latter pair having 131 Test caps between them.

Ulster’s John Cooney made four appearances as a replacement during the 2019 Six Nations, and he reclaims the reserve scrum half spot for the start of the new campaign. Six Nations debutant Ross Byrne and the aforementioned Henshaw complete the matchday 23. 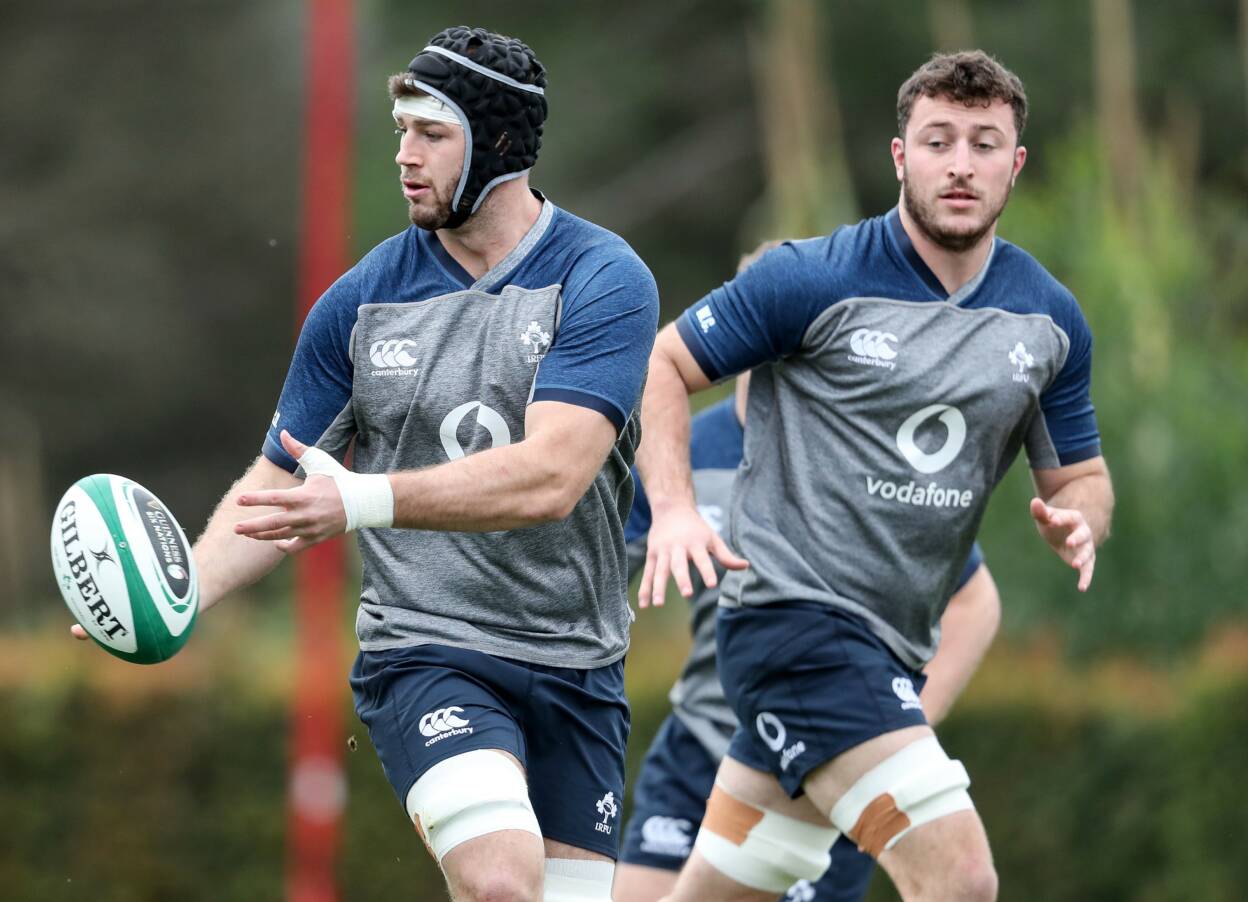 Commenting on the team selection, Farrell told Irish Rugby TV: “We’ve been pretty open with a clean slate as far as selection is concerned. They’ve been great, the young kids are ready to go.

“Caelan is super excited, and Ronan is coming back from injury, but he’s been back in and done absolutely everything with us so far in this camp. He’s looking very solid as well.

“(The competition at scrum half) is unbelievably tough. Luke McGrath misses out and he’s been playing really well. We’ve had three really competitive training sessions here and Luke’s been right up there, but somebody’s got to miss out.

“Conor’s been great, in and around the group, his training, his calmness under pressure in training over here (in Portugal). That’s been great for the group and he’s in good form as well.

“Everyone knows what type of form John (Cooney) is in. He’s had a few protocols as far as his HIA is concerned, but he’s got a couple of sessions under his belt and he’s ready to go.

“Jordan had a foot injury he picked up playing for Leinster in Treviso, we looked after him at the beginning of the week. He hit all his markers, he’s been on fire, he’s back to his electric best.”

Virgin, ITV, BBC*, RTE Radio
*BBC will only televise live the game from Paris all other Ireland games available live in the UK via ITV