The Ireland Men’s and Women’s Sevens squads have arrived in Australia to begin preparations for the next leg of the HSBC World Rugby Sevens Series season, which takes place at Sydney’s Bankwest Stadium from Saturday.

Anthony Eddy, the IRFU Director of Women’s and Sevens Rugby, has named two unchanged 14-player panels for the Sydney Sevens, as the Ireland Men and Women completed the journey from Hamilton on Monday.

Ireland Men, who finished 12th at the New Zealand Sevens, have been paired with Canada, England and Spain in Pool D for this weekend’s fourth leg of the Men’s World Series campaign, while Stan McDowell’s Ireland Women will face France, Spain and hosts Australia.

Heading into the second part of this double-header, both sides will be eager to produce improved performances in Sydney and lay down important markers for the rest of their respective seasons.

“Both teams will be looking for a better performance in Sydney,” Eddy told IrishRugby.ie. “The nature of these two tournaments is every game is a final and in Hamilton we were off the pace so we need to bring greater accuracy and intensity to the Sydney tournament.

“We are aware you have to win every game to play a semi-final and also aware that points are crucial around other placing so we will be looking for a much improved performance this weekend.”

Eddy’s Ireland Men collected five ranking points from Hamilton to position them in 11th place in the World Series standings after three rounds, while Ireland Women’s 11th place finish at the FMG Stadium Waikato earned them two points to stay in 10th after four tournaments. 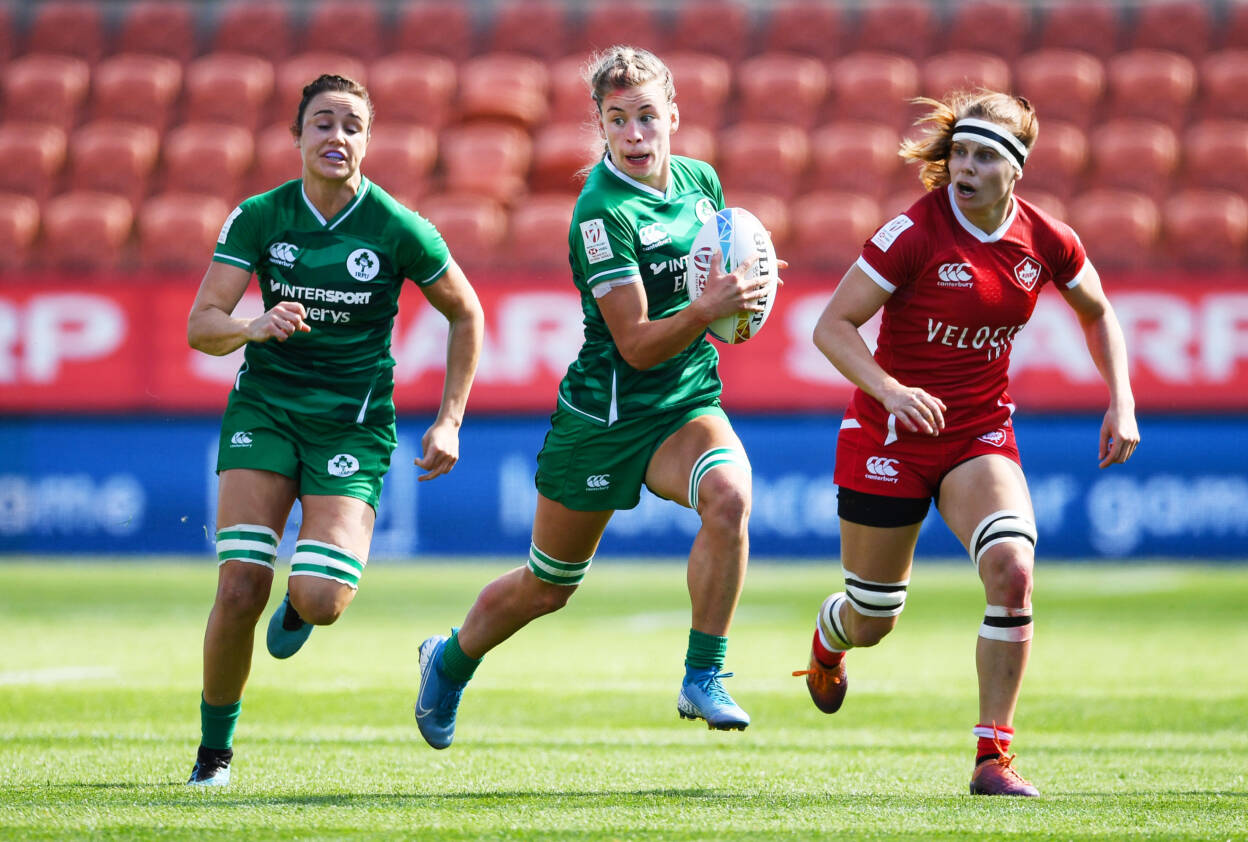 Ireland Women are first in action at the Sydney Sevens when they go head-to-head with familiar foes France (11.20am local time/12.20am Irish time) before facing Australia in their second Pool C game later on Saturday (4.36pm local time/5.36am Irish time).

McDowell’s charges, who will again be led by captain Lucy Mulhall, conclude the Pool stages against Spain on Sunday morning (10.13am local time, 11.13pm Irish time -1), with all the action live on Sky Sports across the weekend.

Ireland Men, meanwhile, will hope to exact revenge for their defeat to Canada in Hamilton when the sides go head-to-head on Saturday afternoon (1.25pm local time, 2.25am Irish time), before attention turns to a showdown with England in the evening session (7.35pm local time, 8.35am Irish time).

You can follow all the build-up to the Sydney Sevens on IrishRugby.ie and on IRFU social media channels throughout the week.