Both the Ireland Men and Women's Sevens will be in action in New Zealand next week. ©INPHO/Bryan Keane

Both the Ireland Men’s and Women’s Sevens squads have been boosted by returning players ahead of next week’s HSBC World Rugby Sevens Series leg in Hamilton, with Anthony Eddy today naming two 14-player panels for the trip to New Zealand.

Ireland Women’s Sevens captain Lucy Mulhall has returned to fitness to lead the side, while Stacey Flood is also included in the travelling squad for the New Zealand Sevens at the FMG Stadium Waikato on Saturday, January 25 and Sunday, January 26.

Eddy, the IRFU Director of Women’s and Sevens Rugby, and Ireland Women’s Sevens Head Coach Stan McDowell have added Lucinda Kinghan and Anna McGann to the squad after the pair featured for the Ireland Women’s Development team at the Dubai Invitational tournament last month.

Ireland Men, meanwhile, have Bryan Mollen back in their ranks for the third leg of the HSBC World Rugby Men’s Sevens Series with Billy Dardis once again captaining the side as they bid to build on their sixth-place finish in Cape Town before Christmas.

Significantly, Eddy has been able to retain 12 of the squad that reached the quarter-finals in South Africa and the return of Mollen and Foster Horan is a reflection of the depth which now exists within the Sevens programme.

After making his debut in Dubai, Leinster Academy back Aaron O’Sullivan is named alongside Ireland Under-20 Grand Slam winner Liam Turner, who featured in Cape Town, while Jordan Conroy will be looking to continue his excellent start to the season having scored 11 tries in the opening two tournaments.

The New Zealand Sevens is the third combined leg of the season, with both Ireland Men and Women drawn in Pools alongside Canada and European rivals France and Spain. 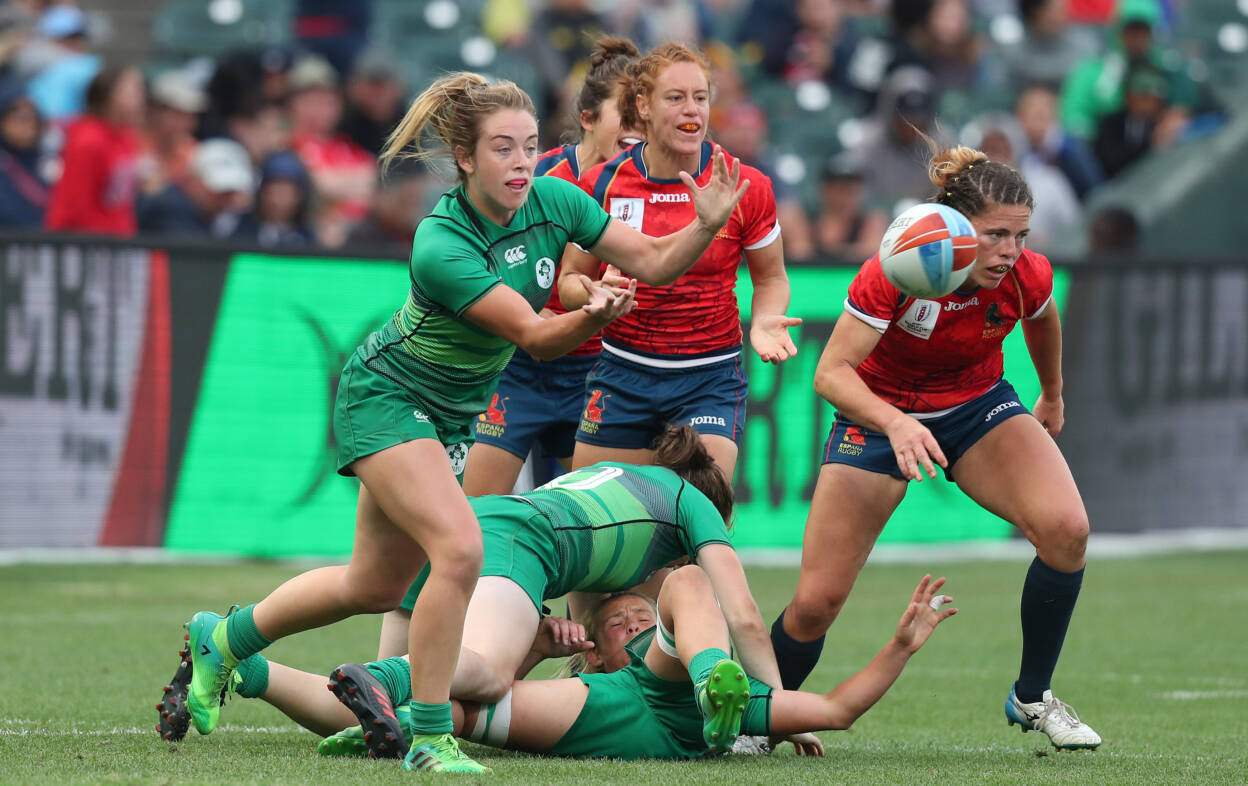 McDowell‘s Ireland Women, currently ranked 10th in the World Series standings, will get their campaign underway against Canada on Saturday, January 25 (9.52am local time, 8.52pm Irish time -1), while Eddy‘s Men open their tournament against the Canadians on the same day (11.57am local time, 10.57pm Irish time -1).

Speaking ahead of their departure, Eddy said: “The Hamilton tournament is ruthless with no quarter-finals so the Pool matches mean everything and can put you directly into a semi-final.

“The teams have prepared well and are confident of a good performance and are certainly looking for semi-final positions in Hamilton.

It is great to have the experience of Lucy and Stacey back in the Women’s team and their contribution to the team’s performance will be of great value.

The action will be live on Sky Sports Action across both Saturday, January 25 and Sunday, January 26 and you can keep up to date with Ireland’s progress in Hamilton using the hashtag #IreM7s and #IreW7s and on the Irish Rugby social media channels throughout the week.