Hugo Lennox has developed into a key player for the Ireland Men's Sevens. ©Sam O'Byrne/IRFU

January and the start of the schools rugby season in earnest will always evoke special memories for Hugo Lennox, not least when his alma mater, Skerries Community College, bid to cause an early upset against Presentation College Bray in the first round of the Vinnie Murray Cup at Energia Park later on Tuesday afternoon.

Four years ago, when Lennox was in fifth year, Skerries Community College scaled rarefied heights in the competition by knocking Catholic University School out at the quarter-final stage before their memorable campaign came to an end at the hands of Wesley College in the last four.

Lennox, under a black scrum cap, played at full-back that day and despite being at a significant size disadvantage to everyone else on the pitch, was one of the standout performers in the yellow and blue hoops of Skerries as the north Dublin school broke new ground in Donnybrook.

Although they haven’t been able to replicate the exploits of the Class of 2016 in the intervening years, Skerries Community College, and the neighbouring Skerries RFC, now have two products of their youth system in Ireland Sevens international Lennox and Leinster out-half Ciarán Frawley playing professional rugby.

“It’s huge for the school and club,” Lennox tells IrishRugby.ie. “To have someone from your town playing professionally and showing you that path, it gives you massive motivation to do the same because you look at the big schools and they’re so dominant. You think you’ll never make it because those boys are on a different level but when you can see it has been done, you know you can do the same.”

It was his performances in school and at underage level for Skerries RFC that earned Lennox a place in the Leinster Under-18 set-up for the Inter-Provincial Series in 2016, and he continued to make exciting progress in his development by starting at out-half for the eastern province’s Under-19 side the following summer shortly after completing the Leaving Certificate. 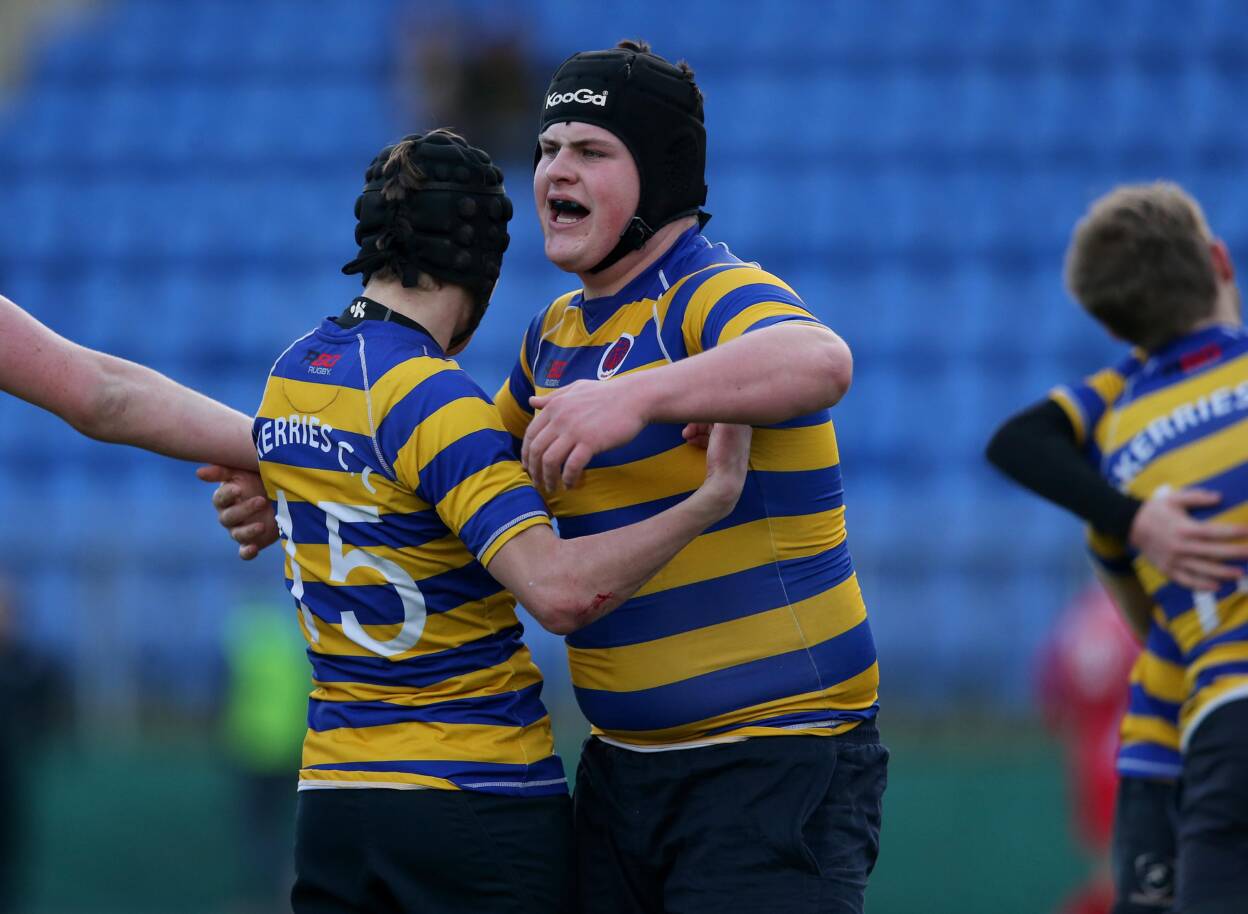 Taking up a place to study Business Management in Maynooth University meant Lennox briefly lined out for MU Barnhall in the All-Ireland League but a call from Anthony Eddy, the IRFU Director of Women’s and Sevens Rugby, would ultimately re-route his career path.

“I think he saw me play in the inter-pros for Leinster the year before,” Lennox laughs, sitting in the player’s lounge at the IRFU High Performance Centre in Blanchardstown. “I’m not really sure why he called me in, I’ve never really asked him.”

Eddy, having been impressed by Lennox’s skillset and obvious potential, invited him to play for Ireland at the Rugby Europe Under-18 Men’s Sevens in Germany in September 2017, and despite playing in a sevens tournament for the first time, the Skerries native helped Ireland to the title for the second year running.

In scoring a try in the final against France, Lennox capped a brilliant week in the green jersey and when Eddy’s senior squad were hit by a late injury withdrawal a fortnight later, he was the first in line to be called up for the Oktoberfest 7s in Munich.

“I remember getting that call from Ant,” Lennox smiles. “I actually laughed on the phone to him. I just said, ‘you hardly think I’m ready for that like?’ Purely because of my size at that stage but he just told me ‘of course I do’ and that was that.

“I rang my Dad after, and he never cared about my size before or would have never told me not to do something because I was smaller, but he was even reluctant to let me go to Germany. I was thrown in the deep end anyway when I came on for my debut against Fiji!”

It was a steep learning curve for Lennox but his fearlessness and steely determination, borne out of years playing against bigger opponents, ensured he made the step up seamlessly and three years on, the 20-year-old has now won seven Ireland Sevens caps, most recently playing a key role in the HSBC World Rugby Sevens Series legs in Dubai and Cape Town.

A diminutive but teak-tough out-half, Lennox has been in the Sevens programme since receiving that call from Eddy and his playmaking qualities in the pivot position, as well as a slick passing and kicking game, has seen him develop into a key member of the squad.

“Throughout school I was always small and I just learned to adapt and just take down bigger lads,” he continues. “When I was with the Leinster Under-19s, I had a chat with one of the coaches and he just explained to me that moving into scrum-half would be the better option just because of the sheer size factor.

“I didn’t ever think about it or my size putting me at a disadvantage but there were definitely others who were wondering when I was going to fall off the pace or drop off the standard. I always felt I had the ability to deal with the bigger boys and just had this attitude of wanting to make a point as well.

“If I saw a bigger lad running at me, I’d make it my mission to take him down and put a marker down. That has always been my attitude on the pitch.”

While Lennox admits he had initial reservations over leaving the Leinster underage having climbed the provincial ladder, his success in the Ireland Sevens programme ensures he has no regrets over the decision and standout moments in a green jersey at Twickenham, and in front of packed crowds in Hong Kong, Dubai and, most recently, Cape Town are proof of that.

Lennox now has 20 World Series games under his belt since making his bow at the London 7s last May and he will be hoping to add to that tally when the 2019/20 season continues with legs three and four in Hamilton and Sydney at the end of January/start of February.

“The opportunity to be in here, play rugby and represent Ireland around the world is something you just couldn’t turn down,” he adds. “I definitely had to think about Ant’s offer to come in but I haven’t regretted it once since walking through the doors.

“My friends always joke and say I’m living the life but it’s true — what else would you want to be doing than playing for your country around the world?”