After using the Christmas break to rest and reset, the Ireland Sevens squads have returned to training at the IRFU High Performance Centre as they begin an intense block of preparation for the upcoming HSBC World Rugby Sevens Series double-header in Hamilton and Sydney.

Both the Men’s and Women’s squads were given a hard-earned two-week break following their return from the Cape Town Sevens before Christmas but with the New Zealand Sevens just 21 days away, the players were straight back into a double training day on Thursday.

Ireland Men are coming off the back of a sixth-place finish in Cape Town after the Billy Dardis-led side topped their Pool and advanced to the quarter-finals, where they were defeated by Fiji in a tight encounter at the Cape Town Stadium, while Stan McDowell‘s Ireland Women recorded an 11th-place finish in South Africa.

With confidence high after an encouraging start to their maiden season as a World Series core team, Ireland Men will be hoping to build on their performances and inject their campaign with further momentum when they arrive in New Zealand, where they will face France, Spain and Canada in their Pool games at the FMG Stadium Waikato on Saturday 25 and Sunday 26 January.

In defeating Australia and Samoa to reach the knockout stages in Cape Town, Anthony Eddy‘s side demonstrated their exciting credentials as a World Series outfit and the focus over the next three weeks will be to work hard on the areas of improvement they’ve identified in their post-tournament reviews.

Eddy, the IRFU Director of Women’s and Sevens Rugby, believes the players will have learnt a lot from their experiences in the first two rounds of the campaign, particularly the way in which the group rebounded strongly from a disappointing first outing in Dubai to reach the quarter-finals a week later in Cape Town.

“Being a core team is different and the opposition knows what to expect from the Irish Men’s team now,” Eddy told IrishRugby.ie.

“The first experience in Dubai probably didn’t go the way we wanted. We struggled a little bit to be honest with you, but we learned pretty quickly from that and bounced back in Cape Town. 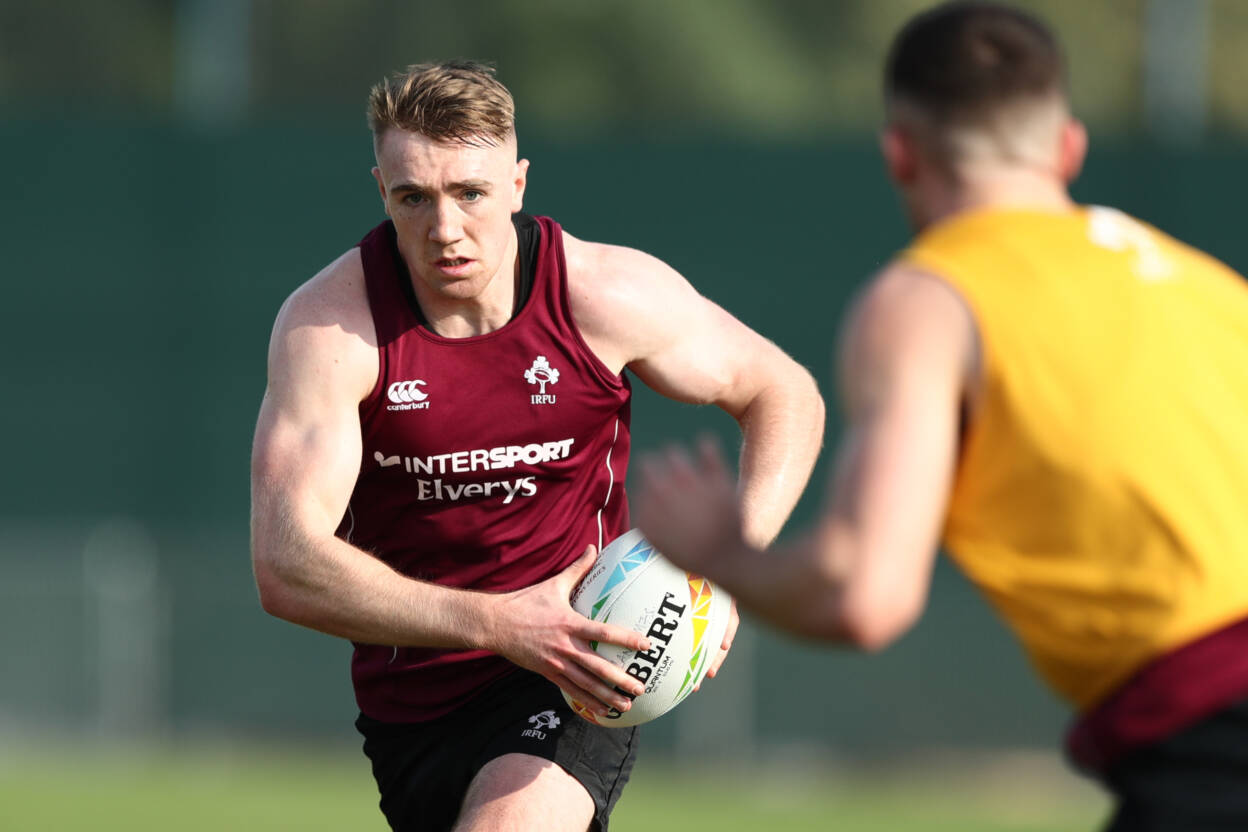 “They were definitely worthy of the points they got and topping the Pool was a big positive for the Men. They realise they can play and mix it with most of the teams on the World Series and that’s a great source of confidence for them. I know they’re really looking forward to building on that and challenging themselves to go from a quarter-final to a semi-final.”

Sitting 10th on the World Series with 17 points, Ireland Men face a stiff challenge in the form of European rivals France and Spain, as well as Canada, in Pool C in Hamilton but Eddy is confident the squad can continue to grow and improve in advance of the next double-header.

“They’re a very capable team and probably one of their greatest strengths is that they’ve wonderful self belief,” he continued.

Ireland Women, meanwhile, will also face France, Spain and Canada in their Pool at the New Zealand Sevens as McDowell’s charges bid to find their best form after 10th and 11th-place finishes in the December double-header.

It has been a difficult start to the season for Ireland Women but with a good period of preparation at the IRFU High Performance Centre ahead of them, all the focus is now on hitting the ground running at the first tournament of 2020.

“The break probably came at the ideal time for the girls,” Eddy added.

“Usually they do well in the southern hemisphere so hopefully they manage to get back on track in New Zealand and Sydney.

“They’re a capable group, they’ve just got to get some self-belief back and a bit of confidence back. They’re well capable of playing quarter-finals and semi-finals at this level and we’ll be hoping for a much better result and a much better performance from them.”