Billy Dardis believes Ireland can use their sixth-place finish at the HSBC World Rugby Sevens Series leg in Cape Town as a springboard for the rest of the season as Anthony Eddy‘s side turn their attention to the next double-header in Hamilton and Sydney.

After finishing 12th in Dubai in their maiden tournament as a core team, Ireland raised their performances levels in South Africa at the weekend to qualify for the quarter-finals and although they were unable to contain the reigning World Series champions Fiji, it was a hugely positive week for Eddy’s charges.

An unbeaten pool campaign, a first quarter-final appearance as a full member nation and a sixth-place finish earned Ireland 12 valuable ranking points for the overall standings, leaving them in 10th position on the World Series with 17 points from the opening two legs.

There were a number of encouraging strands to the performance in Cape Town, not least in victories over Australia and Samoa, but notably the manner in which Ireland were able to bounce back so strongly from a disappointing campaign in Dubai leaves huge grounds for optimism moving forward.

The players, who arrived back in Dublin on Tuesday afternoon, will now have a couple of weeks off over Christmas before returning to the IRFU High Performance Centre in Blanchardstown at the start of January to begin preparations for the third and fourth World Series legs in New Zealand and Australia.

“The biggest positive was bouncing back from some heavy defeats in Dubai,” captain Dardis told IrishRugby.ie.

“To come into this week and put some performances together was really encouraging. It was disappointing to lose to Fiji but this was our first double-header as a core side and we’ve got a long season ahead.

“Hamilton and Sydney in January will be another opportunity for us to push on and improve. We played some tough teams over the last two weeks and we kind of got physically dominated by some teams which we’ll really have to work on.

“It is a decent start for us but there’s a lot to work on and we’ll look to hit the ground running after the Christmas break.” 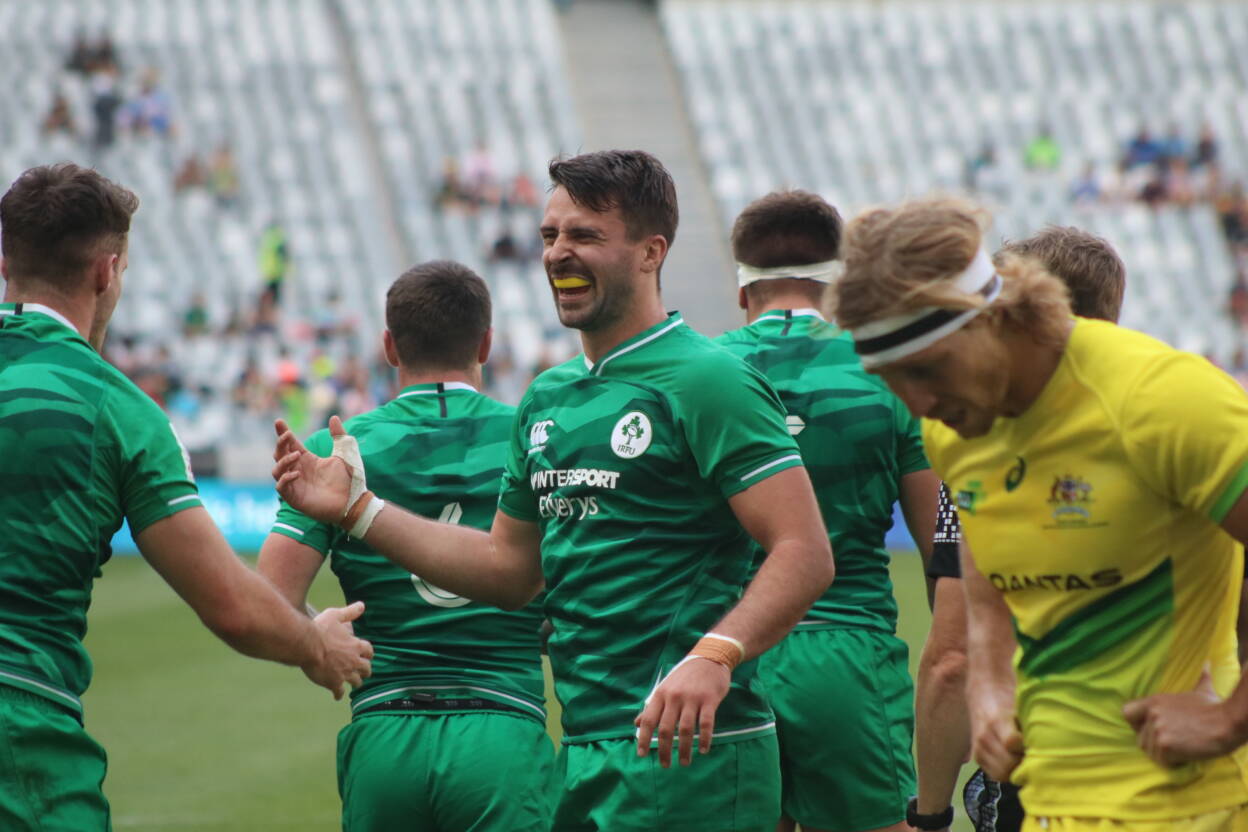 The hope is that the positive experience and momentum built up in South Africa will propel Ireland forward towards Hamilton and to even greater heights as the season continues.

Terry Kennedy, who scored the match-winning try against Australia at the Cape Town Stadium, was named Ireland Players’ Player of the Tournament, while Jordan Conroy took his tally of tries to 11 for the season, installing him as the top try-scorer in this year’s World Series.

There were also two new caps awarded by Eddy, the IRFU Director of Sevens and Women’s Rugby, with 20-year-old Aaron O’Sullivan making his debut in Dubai and then Ireland Under-20 Grand Slam winner Liam Turner making his bow against Samoa in Cape Town.

“It will be nice to get a break and to kind of refresh and let the body regenerate and start again,” Dardis continued, looking ahead to the New Year.

“It will be good to reflect on these tournaments, learn from them, work on what we have to work on and then really go hard at Hamilton at the end of January. We can’t wait to get back out there and get stuck into it again.”

Ireland have been paired in Pool C alongside France, Spain and Canada for Hamilton from 25-26 January, before they head to the Bankwest Stadium in Sydney for the fourth tournament of the 2019/20 World Series from 1-2 February.